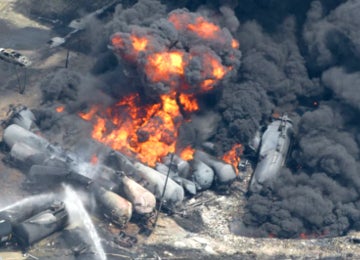 Last week, city officials in Benicia, CA, required a detailed investigation into Valero’s proposed crude-by-rail terminal. The decision is a setback for Valero, which had hoped to begin construction next month, and a victory for residents concerned about the potential health, safety and environmental risks associated with the project. 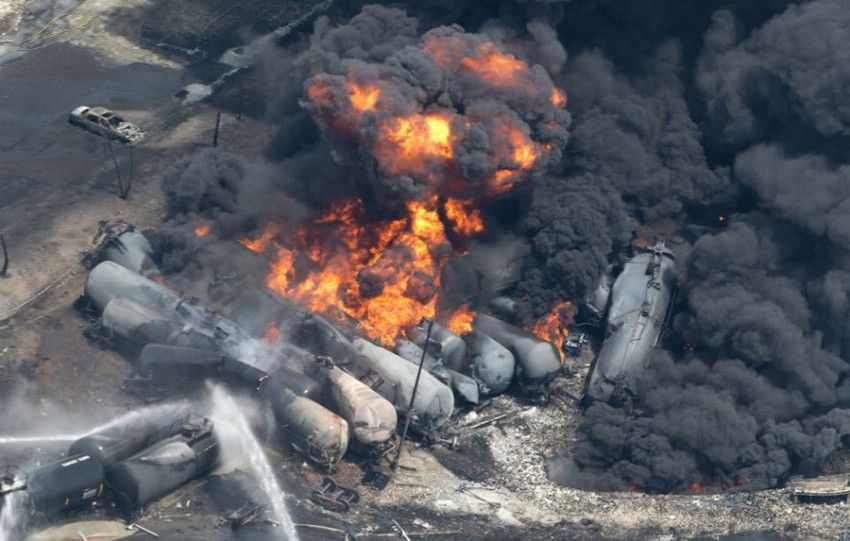 Valero wants to run two fifty-car trains per day through the bay-front community. Residents are concerned about the risk of accidents like the explosion that killed 47 last month in Lac Megantique, Quebec after a crude-filled train ran off the rails.

Residents are also concerned that the facility will bring in tar sands from Canada. Valero’s Bill Day contends that “there’s no such thing as dirty oil or clean oil,” but recent experience shows that the sticky, heavy bitumen from Canada’s tar sands presents special problems beyond those of conventional crude.

Three years after a ruptured pipeline spilled nearly a million gallons of diluted bitumen into Michigan’s Kalamazoo River, the Environmental Protection Agency estimates that 162,000 gallons of the sticky, heavy goo will remain sunk into the riverbed permanently. Due to this unique composition, refining bitumen from the tar sands can also release more heavy metals and other toxic emissions into the air than conventional crude.

City officials  made the right call when they decided to conduct a full investigation into Valero’s new rail terminal. Now Valero needs to come clean on whether the new facility will bring in dirty oil from Canada’s tar sands.