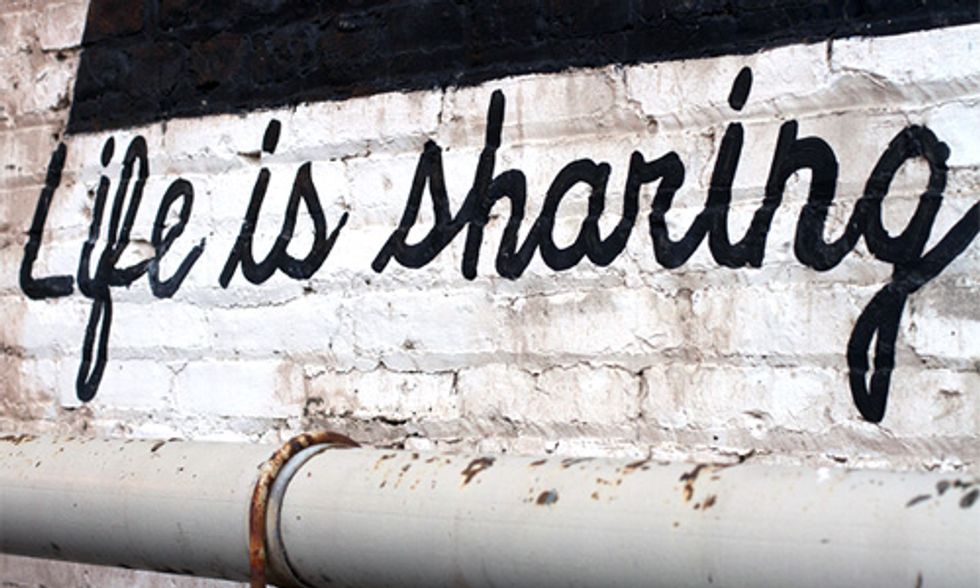 How can we renew and rebuild our collaborative commons? Omega’s Where We Go From Here conference explores this age-old foundation of our society. But first, what exactly does “the commons” mean?

“The commons” is a phrase that generally refers to an asset that anyone can access and use without being stopped by someone else.

Jay Walljasper, author of All That We Share, explains that these assets belong to everyone. “Some are bestowed to us by nature. Others are the product of cooperative human creativity. Anyone can use the commons, so long as there is enough left for everyone else.”

Traditional examples of commons include grazing lands, fisheries, forests, traditional medicinal and agricultural knowledge and practices, plus traditional dance, songs, crafts and artistic motifs. Modern examples include open source software (like Linux and Mozilla Firefox), and licensing systems for creative works (like the one started by the nonprofit Creative Commons).

But the phrase “the commons” doesn’t just refer to a particular resource, explains David Bollier, cofounder of the Commons Strategy Group and a speaker at the Where We Go From Here conference. The commons “is a resource plus a defined community, and the protocols, values and norms devised by the community to manage its resources.”

In other words, the commons also includes the relationship that a group of people has with the resource, including how they manage it.

According to Bollier, “A commons arises whenever a given community decides that it wishes to manage a resource in a collective manner, with a special regard for equitable access, use and sustainability.”

The Commons Are Inclusive

Classically, commons have been small-scale and focused on natural resources, says Bollier. “But the contemporary struggle of commoners [those trying to identify and create new commons] is to find new structures of law, institutional form, and social practice that can enable diverse sorts of commons to work at larger scales and to protect their resources from market enclosure.”

Market enclosure is when a resource is available only to those who have privileged access to it, often at a cost. A classic example of market enclosure is fencing off public land for grazing animals. More modern examples include patenting genes, excessive use of copyrights, privatizing water supplies, restricting access to the fastest Internet speeds and attempting to copyright yoga postures or patent traditional herbal remedies.

Bollier says, “Enclosure is about dispossession. It privatizes and commodifies resources that belong to a community or to everyone, and dismantles a commons-based culture (egalitarian coproduction and cogovernance) with a market order (money-based producer/consumer relationships and hierarchies). Markets tend to have thin commitments to localities, cultures and ways of life; for any commons, however, these are indispensable.”

The Economics of the Commons

The standard economic argument in the past half century in favor of enclosure is based on the theory of the “tragedy of the commons,” the concept that if access is freely available to everyone who wants it, people will inevitably try to maximize their personal benefit and deplete the resource in the process.

The argument relies on the assumption that each person will act selfishly, without regard to the people around them.

But Nobel Prize-winning economist Elinor Ostrom has demonstrated this is not historically the case.

In her 1990 book, Governing the Commons, Ostrom observes, “Communities of individuals have relied on institutions resembling neither state nor the market to govern some resource systems with reasonable degrees of success over long periods of time.”

She also observed eight characteristics shared by societies who have successfully managed the commons:

3) Those people affected by the rules can modify them

5) Monitoring is carried out by community members

6) Sanctions for violations are graduated

7) Dispute resolution is both accessible and affordable

History has given us successful models. Now it’s our turn to discover the best ways to continue this tradition into the 21st century.

Join us at the Omega Institute, Oct. 24-26 for Where We Go From Here. We’ll be discussing how we can take principles of the commons, renewing this heritage and apply it to building a sustainable, regenerative society. Speakers include: Vandana Shiva, Van Jones, Jeremy Rifkin, Winona LaDuke, Bill McKibben, David Bollier, and more.