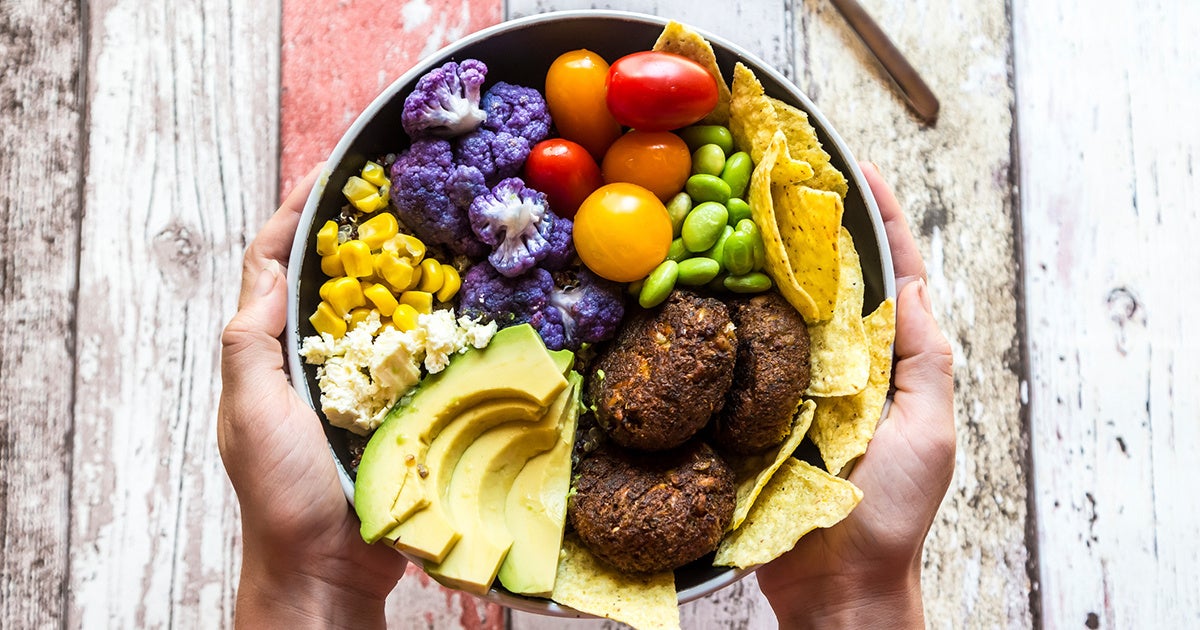 You’ve likely heard that eating meat and poultry isn’t good for your health or the planet. Recent news from Washington may make meat even less palatable: Pork inspections may be taken over by the industry itself, if a Trump administration proposal goes into effect, putting tests for deadly pathogens into the hands of the industry.

In spite of that, global consumption of beef, lamb and goat is expected to rise by almost 90 percent between 2010 and 2050. This may not surprise you, given how many kids love burgers and fries. With that in mind, here are seven reasons you and your family might want to become a vegetarian — or at least cut down on how much meat you eat.

1. Environmental damage. Industrial-scale meat and poultry production harms the environment — from the pesticides used to grow feed and the manure that runs off into waterways to the fertilizer that releases greenhouse gases and then pollutes rivers, lakes and oceans. You know the slime covering the lake where you spend time every summer? Tell your kids that large-scale meat and dairy production connects directly to the sign at the lake saying it’s not safe for them to swim. And it’s not just a matter of your vacation plans: That slime can cause permanent harm to people and animals and destroy marine ecosystems.

2. Climate change. Kids love fart jokes, but cow flatulence isn’t just a laugh line, but a significant contributor to climate crisis. Cow burps play an even bigger role, producing 22 percent of U.S. emissions of methane, a gas with a worse effect on the climate crisis than carbon dioxide. Eliminating or reducing meat from your diet is the biggest contribution an individual can make to helping mitigate climate disaster. And because of their developing bodies, children are more vulnerable to the harmful chemicals emitted by pesticides and fertilizer, as well as disproportionately affected by the impact of climate change.

3. General health. The hormones fed to animals on factory farms can increase the chance of cancer in people who eat it. Red and processed meat have been linked to chronic disease, including cancer. Meat is a primary source of dioxins, a group of pollutants connected to reproductive and hormonal issues, and negative impacts on the developing fetus. By contrast, a plant-based diet can help reduce the risk of cancer and lower the incidence of heart disease. One large study shows vegetarians tend to have a lower body mass index than meat eaters and are one-fourth less likely to die of heart disease.

4. Expense. The cost of meat is coming down as demand for it grows, but a diet that doesn’t include meat is easier on the wallet. For instance, as a source of protein, legumes are far less expensive than meat and poultry.

5. Sustainability. Production of meat and dairy hogs resources. It uses grassland inefficiently, and a tremendous amount of water, and that’s just for starters. Cutting it out entirely, or just reducing your consumption, will benefit the environment.

6. Drug resistance. Most kids are untroubled by the abstract idea of drug resistance, but Mom and Dad should worry. Animal overcrowding in factory farms increases livestock’s risk of illness. Farmers try to “solve” the problem by routinely dosing even healthy animals with antibiotics, which can lead to antibiotic-resistant “superbugs.” Over time, with the overuse of antibiotics, these bacteria, such as salmonella, become resistant to the many forms of antibiotics commonly used to treat sick children. According to a recent EWG report, 20 percent of salmonella strains found on grocery store chicken were resistant to the drug. This makes it far more difficult to treat children, who are more likely than adults to get salmonella in the first place.

7. Environmental justice. Your family’s meat consumption makes an immediate impact on the people, including kids, living near the factory animal farms where most meat is produced. The stench of manure that reaches for miles is something the people who live nearby — often people of color of lower economic means — can’t escape. When it rains, it’s likely the ensuing runoff will flood the neighborhood with manure, fertilizer and other debris. In addition to nausea, headaches and other health problems, factory farm neighbors see increases in the cases and severity of respiratory illnesses, including asthma, to which children are especially vulnerable. Unable to spend time outside, residents feel trapped indoors. Their drinking water wells can be contaminated, and so can the rivers and streams where they fish.

Not ready to eliminate meat entirely? Resolve simply to eat less of it. Consider meat a meal’s side show, for instance, instead of the star. Or make some meals completely meatless. If you eat one less burger a week, it’s as if you’d taken your car off the road for 320 miles or line-dried your clothes half the time. That’s the thinking behind the New York school district’s decision to institute Meatless Mondays, and it’s a good rule of thumb: Small changes do add up.

And there’s no need to worry your kids won’t get enough protein if you cut the meat and dairy. Americans eat too much meat, and too much protein in general. The average child age four to six years old needs just two small servings a day — one ounce of meat or fish, or an egg, is one serving — and age seven to 10, a slightly larger portion of two to three ounces.

Most adults eat too much protein too, so while you’re at it, you may want to take a look at your own portion control. Here are the USDA’s protein guidelines.

Ketura Persellin is the editor at Environmental Working Group.