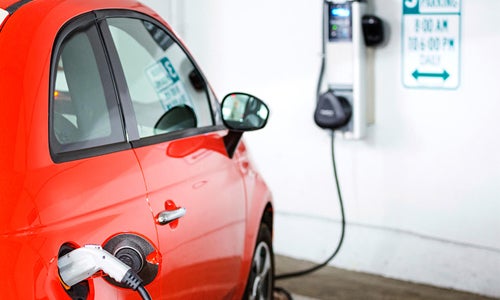 That loud sound you hear over the horizon might just be the electric car finally revving up to enter the mainstream American auto market. Except that electric cars don’t really rev—they’re practically silent, handle beautifully, save you money at the gas pump and do the least harm to the environment of any vehicle currently on the road. But until recently, delivering that package of benefits in a car with reliable range and an affordable price tag has been an elusive goal for manufacturers and eco-conscious drivers alike. 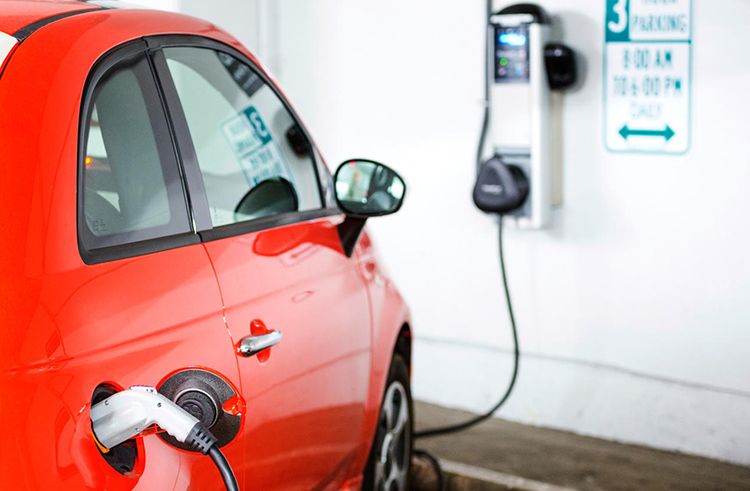 What are the key differences between owning an EV or plug-in hybrid, versus driving a conventional car with an internal combustion engine, that a driver should take into account? Photo credit: Predrag Vuckovic / iStock

In 2010, there were just a few models widely available to consumers in the U.S. Today, thanks to the rapid pace of innovation in the making and marketing, the number of electric vehicles (or EVs) and plug-in hybrids on the market exceeds 20 and competition among automakers to get into the electric game means many more models and vehicle types are on the way.

The unveiling of Tesla’s new Model 3—a sporty $35,000 battery-operated sedan with a reported range of more than 200 miles—proved how mass the appeal of EVs has become. Within a matter of weeks after the new Tesla was announced in April 2016, more than 370,000 enthusiasts put down $1,000 deposits to pre-order the new model due to hit the streets in late 2017.

With rapid improvements in battery life—and prices falling— “it’s a great time to drive electric,” said Luke Tonachel, director of the Natural Resources Defense Council’s (NRDC) Clean Vehicles and Fuels project. Federal and state tax credits of up to $10,000 per purchase make the switch even more tempting, he added. But what are the key differences between owning an EV or plug-in hybrid, versus driving a conventional car with an internal combustion engine, that a driver should take into account?

Here are all the pros and the cons, of going electric:

Electric motors produce instant torque, making acceleration on the road fast and smooth. “It’s a great driving experience—you hear people talk about drivers with an ‘EV smile,’” Tonachel said. Top speeds in EVs are comparable with similar styles and models of gas cars and the large battery packs, usually located under the floor of the car, make them stable on the road. EVs are available in front-, rear- and all-wheel drive setups where the fast-response electric drive can help maximize traction and maneuverability. Still, some motorists prefer the more mechanical dynamics and gear shifting of a gas-powered sports car.

This will depend on which type of electric car you’re driving. There are battery-only electric cars (EVs); hybrid models with both gas and electric engines and a battery pack charged from an external source (plug-in hybrids or PHEVs); and hybrids that generate their own electricity (HEVs). All these vehicles cost less to operate than a car that runs only on gas. The cost of recharging varies from region to region and also depends on the time of day (peak vs. non-peak). Based on the average of electricity prices nationwide, the U.S. Department of Energy estimates that the cost of driving on grid electricity is equivalent to paying around $1 per gallon at the gas pump. The department’s Alternative Fuel Data Center has calculated that light-duty cars operating in electric mode can have fuel efficiency equivalent to more than 100 miles a gallon in a conventional car. Hybrids also have gas tanks, of course, but they burn much less of that type of fuel than conventional cars.

No contest here: EVs and hybrids are generally more eco-friendly than gas-only vehicles. Cars running on electricity produce zero tailpipe emissions; hybrids, when running on gas, do emit some carbon pollution and particulate matter, but less than conventional cars. Of course, electricity itself isn’t entirely “clean,” especially in parts of the country with heavy reliance on old fossil-fuel power plants that emit greenhouse gases that cause climate change. Nevertheless, the typical electric-powered personal vehicle accounts for less than half the carbon pollution spewed by a conventional car over the course of its lifetime, according to research conducted by the Electric Power Research Institute and NRDC in 2015. That number is expected to fall further as older fossil-fuel power plants are phased out and replaced with cleaner sources such as renewable wind and solar power.

Two words have dogged the battery-operated auto industry from the beginning: range anxiety. This is the notion that drivers will find themselves stuck on a busy highway with a low battery—and nowhere to recharge it. “It’s an understandable concern,” Tonachel said. To drive a current-generation EV with a range of 80 miles from New York City to Albany, New York—a distance of 147 miles—“you would have to plan it very carefully,” he said. But the average American driver uses his or her vehicle 29.2 miles on a daily basis and that is well within the range of today’s average EV. The next generation of EVs to hit the market, like the all-electric 2017 Chevrolet Bolt, which has an advertised range of more than 200 miles, should give consumers even more confidence. This also explains the appeal of a hybrid; it has a gas engine that kicks into gear when the battery runs low.

Fans of the internal combustion engine insist that nothing beats the convenience of the nation’s vast network of gas stations. There were 112,000 of them in 2015, according to the U.S. Census Bureau, versus about 13,500 public electric charging stations. Expanding that recharging infrastructure is critical as EVs make greater and greater inroads into the market and states, municipalities, utility companies, car dealerships, restaurants, hotels and retailers such as Walmart and Kohl’s are all working to increase capacity. What these statistics don’t reflect is the large number of charging outlets in private homes, which is where the majority of EV drivers now replenish their batteries, said Tonachel. A standard two-prong 110 volt household outlet powers an EV at a rate of roughly four miles of range per hour of charging. Paying an electrician to install a $500 to $1,000 240-volt recharger allows you to top up the EV in your garage up to six times faster. And that’s very convenient indeed.