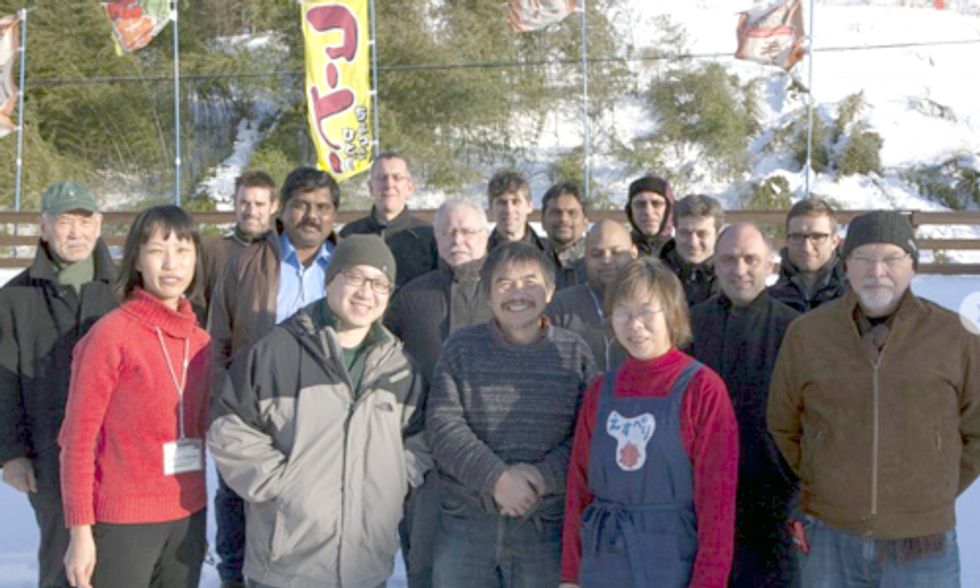 When most of us think of the ongoing Fukushima nuclear disaster we think about leaks of contaminated water, criminal gangs hiring ill-trained workers to work on cleaning up radioactive materials on the site, ice-dams to stop water flowing, or government announcements that never improve anything.

What we often don't think about are the victims. More than 150,000 people were made victims by this disaster, most are still victims. But these days there is little coverage of their daily lives and the problems they continue to face.

They have compelling stories to tell. To learn about the stories, and to expose the shameful neglect of victims, Greenpeace Japan brought six international witnesses to tour the Fukushima area this week and to meet five victims.

The witnesses heard about the victims' exposure to high doses of radiation in the early days of the disaster and the government misinformation about the risks. They heard about worries over long-term effects and about children—many still play where there is too much radiation. They heard about abandoned farms, where edible food may never grow again, or the pain farmers felt when they had to kill off their dairy cows. The heard about the strong yearning for lost family life, and for communities and important traditions now lost.

Victims shared their personal stories on how the Fukushima disaster affected them. Photo credit: Greenpeace

The spin from the Japanese government these days is that the Fukushima disaster is over. This spin allows it to abandon the victims. Instead of helping people, the government is spending more time planning the Olympics for 2020 and trying to sell nuclear technology to other countries.

The victims on the tour are doing what they can to fight back. Kenichi Hasegawa, a farmer, and Katsutaka Idogawa, former mayor of an evacuated town, have both travelled to other countries to talk about the poor treatment of victims. All speak out.

The story of shameful treatment is about more than five people; it's about the tens of thousands who still haven't been able to rebuild their lives, as David McNeill writes for us.

Around 100,000 people from the Fukushima area are still living in two-room temporary living quarters. They had to flee a world they loved to live crammed together in buildings that are already falling apart.

Katsutaka Idogawa, former mayor of Futaba, presents his his family tree going back hundreds of years to the Greenpeace witnesses. Photo credit: Greenpeace

Fukushima: Don't Forget—that is the goal of the witness tour. The witnesses committed to telling the stories in their home countries so this tragedy and the impact on people won't be forgotten. They will talk about the Fukushima stories to enhance their own anti-nuclear work. People everywhere need to know that the shameful treatment of Fukushima victims is what will happen anywhere there is another nuclear disaster.