Razing Dams From the River That Raised Me 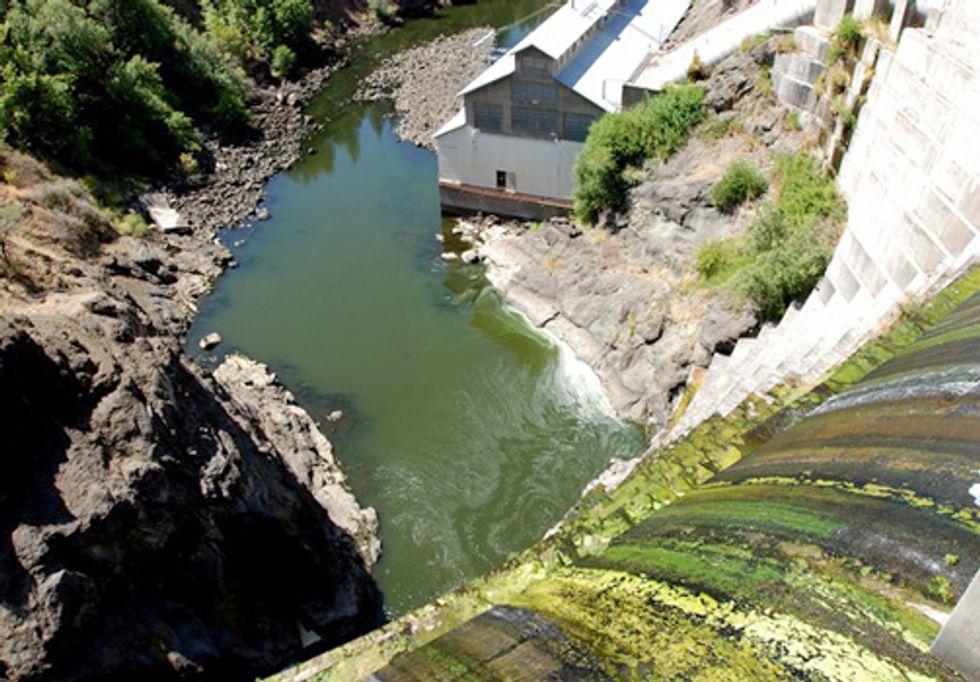 Looking back, I can see that I was spoiled growing up, though my family wasn't rich by American standards.

I had a cold, clean river bubbling past my house that contained fish bigger than me. Even when I traveled to Haiti at 13 years old, I didn't comprehend how lucky I was.

In the mountains just outside Port-au-Prince, people bathed in streams so polluted and foul, I couldn't fathom how it would facilitate cleanliness.

Only as an adult, whom the Klamath River called back home, did the truth finally wash over me: without people and communities to speak for stable mountainsides, adequate supplies of clean, free-flowing water, and a diversity of wild fish runs, we could easily have rivers like the ones I saw in Haiti.

My childhood also taught me that we need to fish, swim and raft our rivers to appreciate their magnificence and remember how to protect them.

That's why Klamath Riverkeeper, the nonprofit organization I represent, led 50 children, tribal members, anglers and other community members on a paddle down eight miles of Klamath River canyon last weekend.

Like me, many in this group have been swimming and fishing in this watershed since we were kids, drifting through rapids and hopping rocks endlessly. We grew up in a place relatively untainted by development. Now we take our children, nieces and nephews to the river, so they can learn about catching currents and eddies and how water moves around resistance on its way to the sea.

Despite our longtime enjoyment of the Klamath River, it's not a secret that today's River faces many problems.

But it's also one of the most restorable rivers in America. In fact, we're about to conduct one of the largest dam removals on the planet. Removal of four hydroelectric dams on the Klamath will change the landscape so significantly that we could easily see it from the moon.

This dam removal will reopen more than 300 miles of prime salmon and steelhead habitat and reduce toxic algae and fish disease in the river. In doing so, it will restore income to hundreds of commercial salmon fishermen, who have suffered closures due to declining salmon runs in recent years and create at least 6,000 new jobs in economically struggling Siskiyou County, according to a recent environmental impact statement (EIS) by the federal government.

The EIS also states that a dam-free Klamath will produce 70,000 more fall run Chinook salmon. Klamath dam removal will save the power company that owns the dams, PacifiCorp, and its ratepayers more than $100 million. It will also save the American taxpayer hundreds of millions of dollars in disaster relief spending to bail out unemployed farmers and fishermen in any given drought year.

This dam removal agreement and its companion watershed restoration agreement took years of collaboration, listening and compromising to achieve. It's an answer created by the local people who came together in overcoming the conflicts and competing water needs from the upper and lower parts of the basin to build a plan to remove the dams by the year 2020. The result is the Klamath settlement that the Klamath Basin Economic Restoration Act (KBERA) introduced in Congress last fall, which now awaits a hearing in Washington, D.C.

Forty years ago, with the passage of the landmark Clean Water Act, Congress recognized our right to fishable, swimmable waters. The Klamath settlement transcends partisanship and breaks down barriers to help us realize this dream of clean, healthy streams in our watershed. Because, we know just how important it is to have a clean river flowing with huge fish.