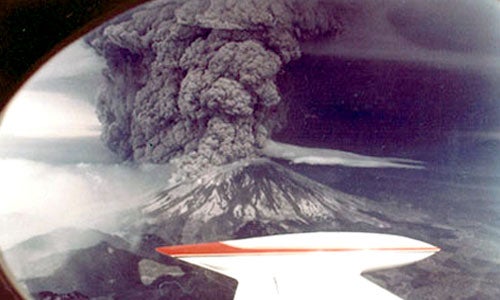 Thirty-six years ago Mount St. Helens erupted in the most destructive volcanic eruption in the U.S. One pilot and his family witnessed the eruption from 10,000 feet in their Cessna 340 plane. 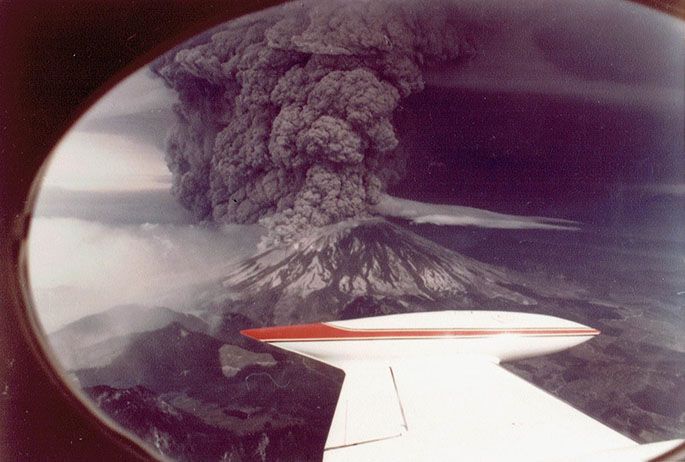 Shortly after 8:30 a.m. on May 18, 1980, Mount St. Helens erupted. The event lasted nine hours, shooting volcanic ash 80,000 feet into the air. The eruption caused the largest landslide ever recorded and spewed ash into 11 other states. It killed everything within 230 square miles, including animals and plants, according to a History Channel video about the event. And 57 people died.

Jerry Cornwell, the pilot who witnessed the explosion from a birds-eye-view, recalled the day for Nina Golgowski at the Huffington Post:

It was the morning of May 18, 1980 when the retired Navy veteran was attempting to fly toward Mount St. Helens to reach Seattle with his now ex-wife and two young daughters. Shortly after the volcano began to erupt, they snapped a series of stunning photos from their windows.
“We didn’t have the TV on, so I had no idea what was going on,” Cornwell, now 78, told The Huffington Post Wednesday by phone.

“As soon as we got in the air, someone said that the airways were shut off,” he recalled. “Because we had full fuel — we just fueled up — we had plenty of fuel to stay above. They asked us to stay above.”

Cornwell’s plane was about 5 miles west of the volcano’s rim. He and his family watched in amazement as riverbeds flooded and lightening highlighted the background of the event. 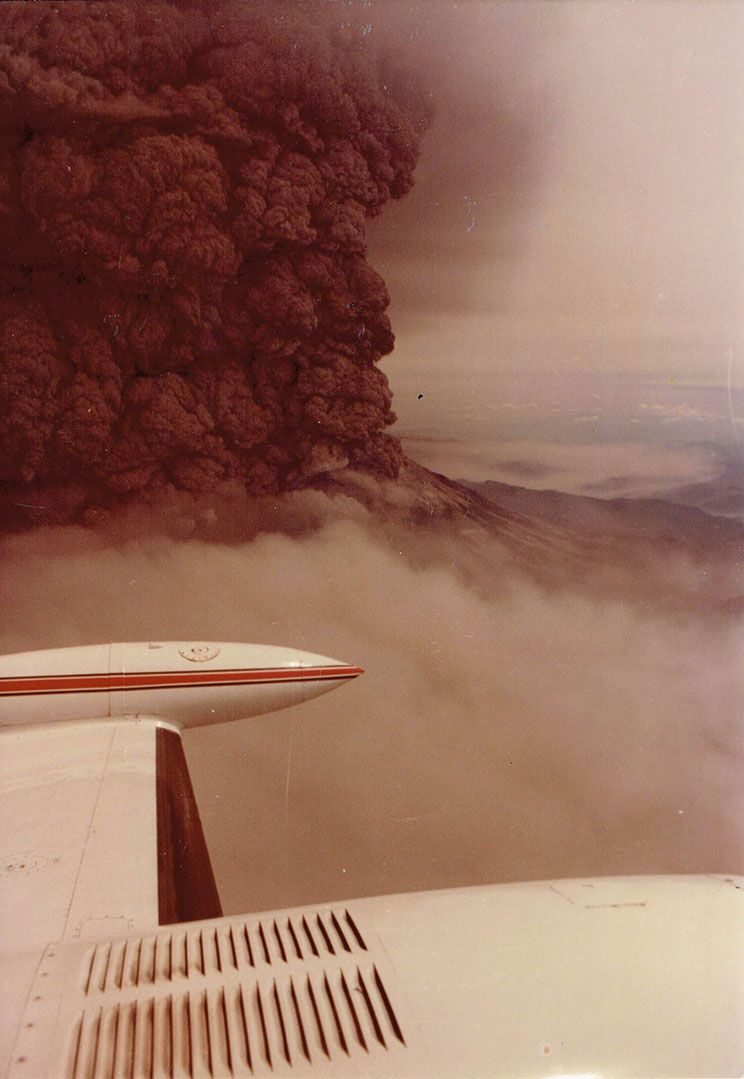 One of the most troubling aspects of the day, he told the Huffington Post, was being able to hear radio communications from first responders working below them.

“There were people on the road that were trying to block people off these roads from going up, and a couple of them had to escape too, and they were warning the people,” he told the Huffington Post. “I heard this one helicopter saying, you’ve got to get these people out. And then they said they didn’t make it.”

Once Cornwell landed his plane in Seattle, his family’s destination and home, he copied the negatives of his photos before sending the film off to be processed. His decision to copy the negatives was a smart one: the film and photos were never returned to the family.

“Someone stole them and then we saw that some of those pictures were for sale,” he told the Huffington Post. Cornwell added that he saw the photos being sold at a mall kiosk. He knew they were his photos because he could see his plane’s wing in some of them. 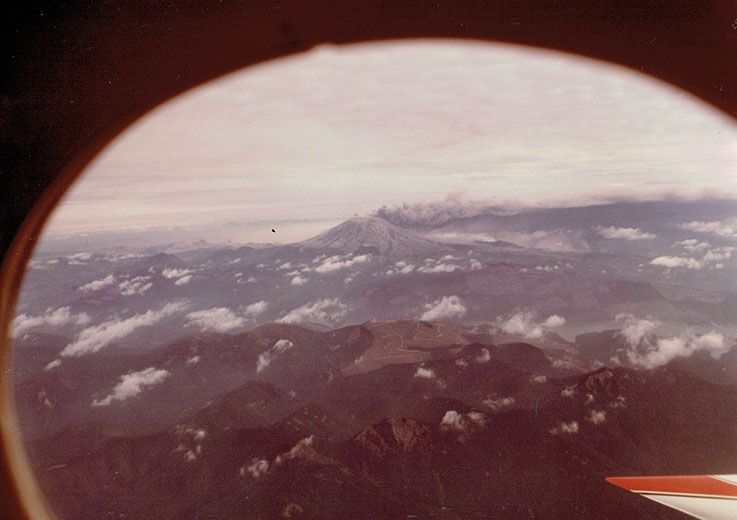 For the 36 anniversary, Cornwell’s grandson, Cody Norman, posted the photos on Reddit and Imgur to share the historic event.

More information about the events leading up to Mount St. Helen’s eruption is presented in this History Channel video: