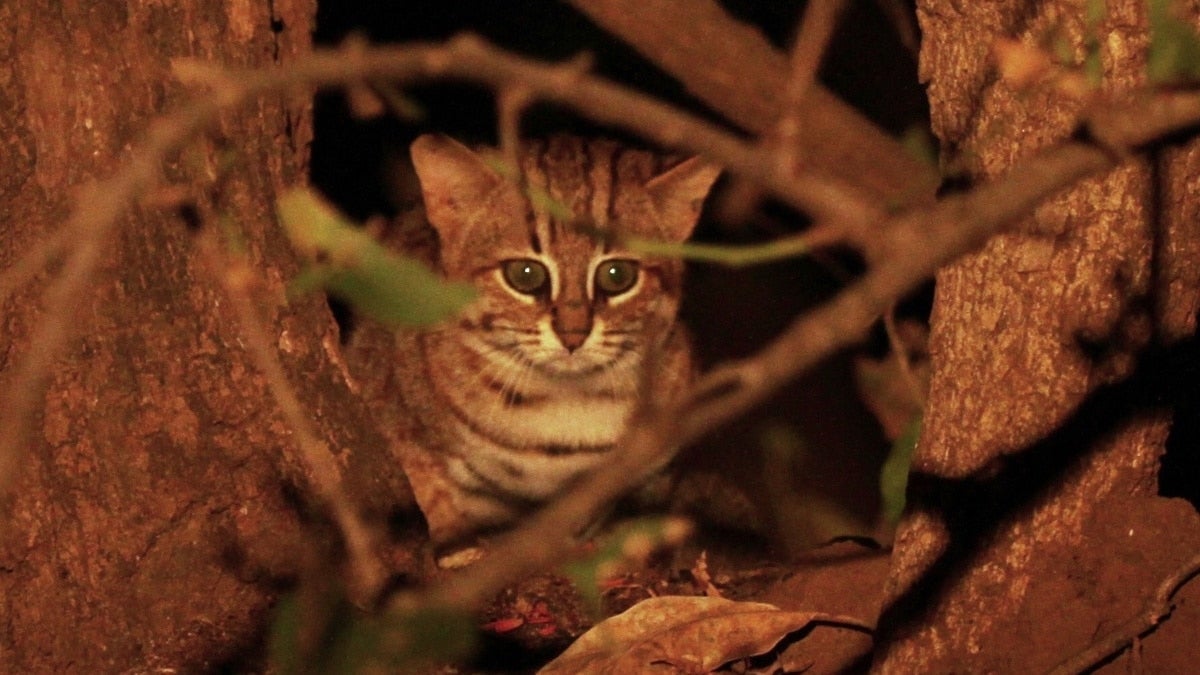 Misunderstanding the needs of how to protect three rare cat species in Southeast Asia may be a driving factor in their extinction, according to a recent study.

Only six to 11 percent of the habitat used by the fishing cat, leopard cat and rusty-spotted cat is currently protected, based on findings published in the journal Scientific Reports by researchers at Uppsala University in Sweden.

All three species are endemic to the Indian subcontinent, comprising India, Sri Lanka, Nepal, Bangladesh, Pakistan, Bhutan and the Maldives. Over a third of the world’s wild felines call the region home, and the three species studied share a common cat ancestor. There are no current population figures on the rare cats as they are extremely difficult to find, even with state-of-the-art camera traps.

But the fishing cat, about twice the size of an average house cat, may no longer have a home, as its preferred habitat — mangrove swamps and coastal wetlands — are increasingly eradicated for development. Since 2016 the species has been listed as “Vulnerable” on the IUCN Red List.

“This study is important because it shows that many small, rare and elusive cats in the Indian subcontinent don’t get as much attention as the more spectacular big cats. Nevertheless, the need to protect them is just as pressing,” said Mats Björklund, a professor emeritus of Zooecology at Uppsala University, in a statement about the findings.

The leopard cat is also a victim of habitat destruction, but its environment ranges from shrub land and low-lying forests to inland wetlands, and populations are steadier than those of the fishing cat. Part of the study identified which ecological conditions each species preferred, using computer algorithms to predict their numbers and locations in favored areas.

The rusty-spotted cat is one of the smallest wild cat species in the world and mostly spends its time in the deciduous forests of India and Sri Lanka. It is listed as “Near Threatened” on the IUCN Red List, due to increased farmland use of its home.

“Species like the rusty-spotted cat exist only in this region, so to ensure we don’t lose them it’s essential to create more protected areas,” said André P. Silva, the study’s lead author and a doctoral student in the department of ecology and genetics at Uppsala University.

The goal of the study was to better understand environmental factors such as land cover, land use and climate, which threaten the three cat species. Thanks to this research, more protective measures can be implemented.

“The number and size of the protected areas must be increased to include more biotopes containing these species,” says Björklund.