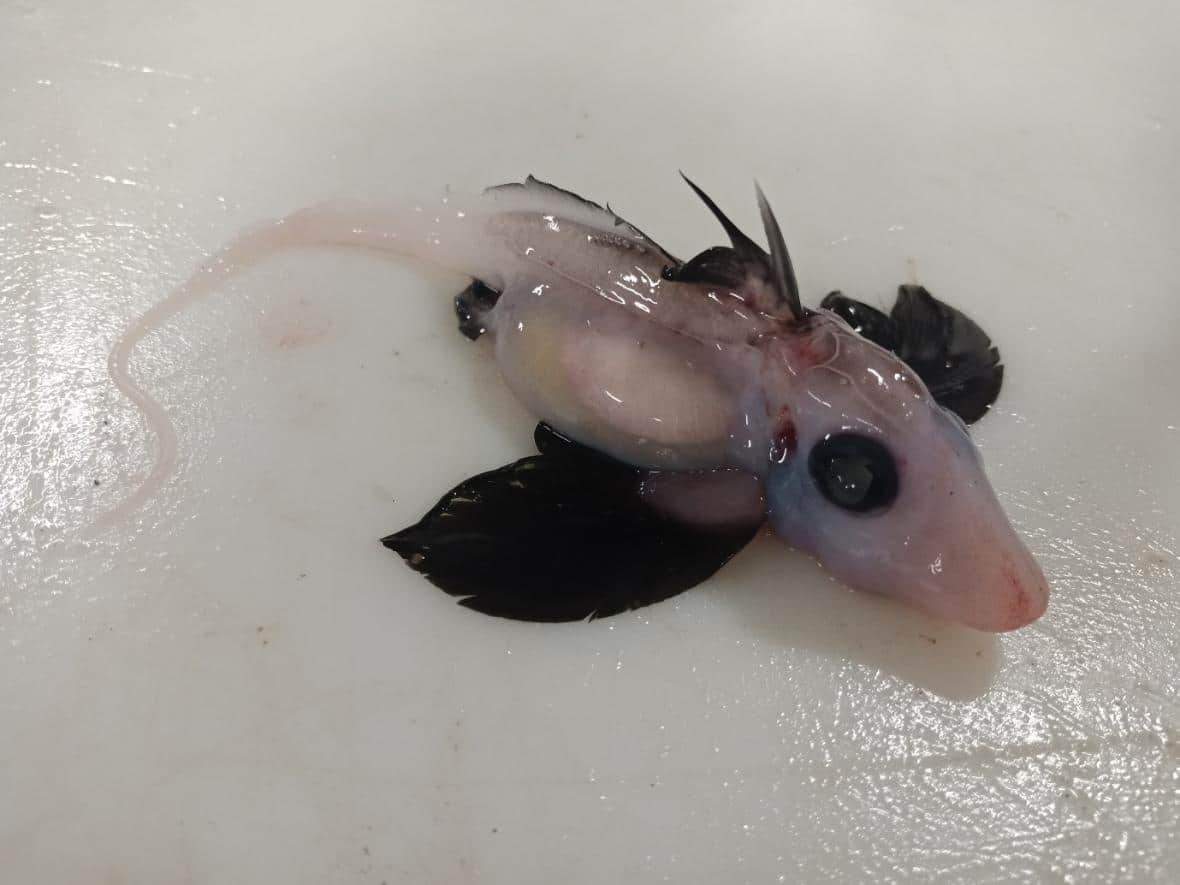 Scientists have discovered a very rare baby ghost shark in deep waters off the coast of New Zealand.

Ghost sharks are a poorly understood relative of sharks and rays also known as chimeras, but the new find may help change that.

“Finding this ghost shark will help us better understand the biology and ecology of this mysterious group of deep-water fish,” National Institute of Water and Atmospheric Research (NIWA) Fisheries Scientist Dr. Brit Finucci said in a press release announcing the find.

The young shark was found by NIWA scientists during a trawl survey to assess the population of hoki, a white fish found in New Zealand and Australia. It was discovered about 3,900 feet below sea level in an area known as the Chatham Rise, part of the sea floor off the east coast of New Zealand’s South Island, CNN reported.

Scientists determined that the ghost shark was newly hatched because of the way ghost sharks develop, the press release explained. Their embryos sit in egg capsules on the seafloor, eating yolk until they hatch, and the young fish’s belly was full of egg yolk. The ghost shark’s youth makes it an especially important find.

“We don’t actually know a lot about ghost sharks,” Finucci told CNN Thursday. “What we do know mostly comes from adult specimens. So it’s very rare and very uncommon to find juveniles of a lot of these species, so that’s why I got quite excited.”

Ghost sharks are so mysterious because most species live around 500 meters (approximately 1,640 feet) below sea level, according to the Shark Trust. This makes it very hard to study them in their natural habitat.

Ghost sharks diverged from sharks around 400 million years ago. They are different in that their upper jaws are fused to their skulls, they have four gills with one opening and they have three pairs of grinding tooth plates. Like sharks, they are threatened by commercial fishing, and especially by being accidentally caught by deep-sea trawlers.

There are 50 known species of ghost shark, but scientists don’t yet know which one the newly discovered baby belongs to. They plan to find out by carrying out genetic analysis and other tests, Radio New Zealand reported.

Finucci told Morning Report that there were many differences between juvenile and adult ghost sharks she wanted to explore.

“From some of the better known ghost shark species we also know that juveniles can eat very different things from adults,” she said, as Radio New Zealand reported. “They can be eaten by a whole wealth of fish as well. We know just from a couple of species that juveniles can actually look very different from the adults too. Everything that we can collect fills in some knowledge gaps from these very, very data-poor species.”