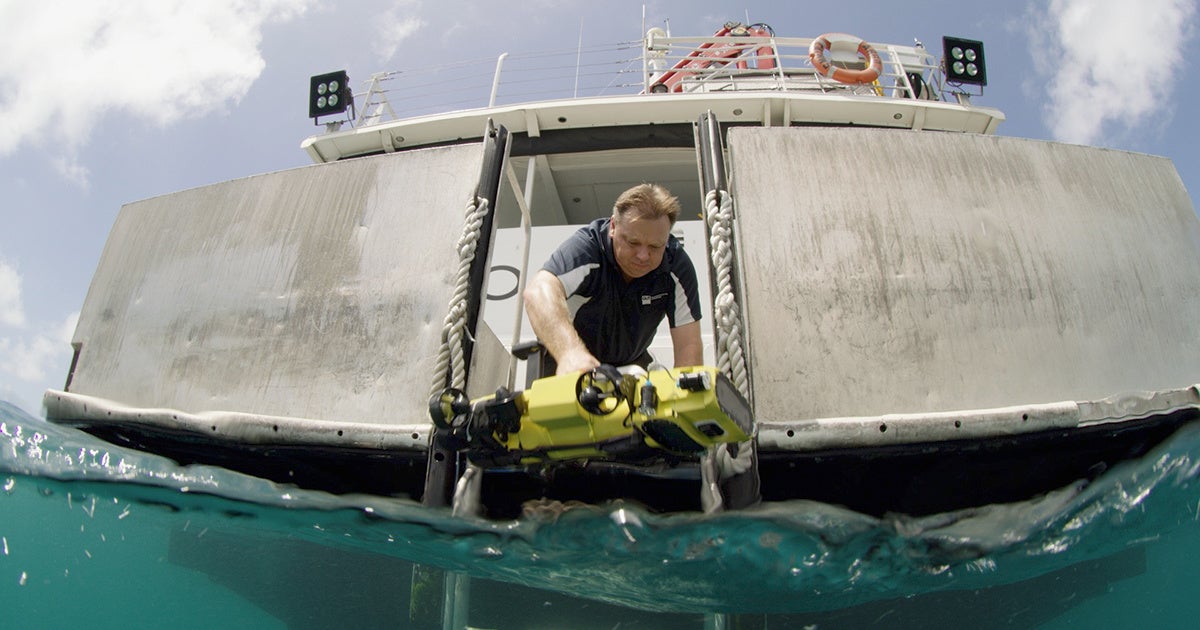 The Great Barrier Reef is under constant threat from climate change and aggressive pests, so it’s a good thing that scientists at Queensland University of Technology (QUT) have built it it’s own Terminator to defend it.

The RangerBot is the first underwater drone designed specifically for coral reefs, and it’s ready to be deployed on the reef as of Aug. 31, QUT announced in a press release.

Perhaps the bot’s most distinctive feature is its ability to spot reef-devouring crown-of-thorns starfish with 99.4 percent accuracy and inject them with a lethal dose of vinegar or bile salts, as The Guardian reported.

But the 15 kilogram (approximately 33 pound) robot can also monitor other dangers threatening the reef, like coral bleaching and pollution, according to QUT.

“We believe this represents a significant technology leap in both marine robotics and reef protection—the only autonomous, affordable, multi-function solution for effectively detecting and addressing threats to coral reefs,” QUT Professor Matthew Dunbabin said in the press release.

The project was funded after the concept won $750,000 from the 2016 Google Impact Challenge People’s Choice Prize and was also developed with the support of the Great Barrier Reef Foundation.

Dunbabin said the RangerBot was designed specifically to be affordable so it could be scaled up and widely used by reef managers and researchers.

“RangerBot has the potential to revolutionize the way we manage our oceans and is an important tool to have at our disposal in the quest to save our coral reefs,” she said in the QUT release.

A graphic posted to the Great Barrier Reef Foundation by Dunbabin explains how the RangerBots could help keep the reef safe at low cost.

Six human divers could only cover half of the reef in a year and the process would cost about $1.44 million. Six RangerBots, on the other hand, could cover the reef 14 times in one year and would cost $720,000.

Further, a human diver can only accomplish one task at a time, while RangerBots could complete several at once and could stay underwater day or night.

It’s not for nothing that Dunbabin pitched this multi-purpose drone as a “swiss-army-knife” for the reef.

The RangerBots are also easy to use, as they only take 15 minutes to learn to operate by tablet, Dunbabin said in the QUT release.

“This project and partnership with QUT and Google is about putting these cost-effective, flexible and readily deployable ‘drones of the sea’ into the hands of the people at the front line of looking after and managing our coral reefs, as extra ‘hands and eyes’ to manage those critical environments,” Marsden told QUT.