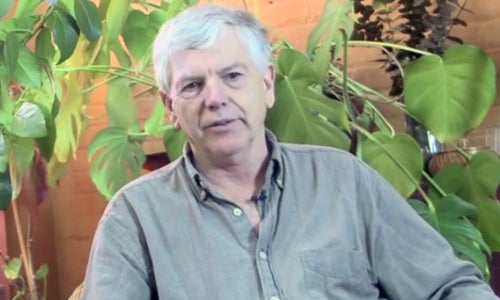 Decades ago he founded the Rainforest Action Network, still one of the major players in the save-the-Earth infrastructure. Now he runs Foundation Earth.

Never one to comprise, Randy has gone beyond his fair share of assorted jail stints and come out more dedicated than ever.

“We need to double the world’s forests,” he told me last week over smoothies in the nation’s capital. “It’s a major part of solving the climate crisis.”

The world’s biggest industry, he added, is industrial agriculture. No one does more damage, nowhere is there more potential for constructive change.

We met in the presence of the great Brent Blackwelder, long-time president of Friends of the Earth, as gracious a human being as you’ll ever meet. And a bona fide giant in the campaign to save our planet. His accomplishments could more than fill the rest of this article, and then some.

In the course of our strategizing, Randy mentioned a new piece of his tireless work: “Nine Planetary Ecological Boundaries” employed to establish guidelines for investments in agriculture. As many of us campaign to divest major capital funds from their Earth-killing investments in King CONG (Coal, Oil, Nukes & Gas), Randy is working to do much the same in the corporate reaches of growing mass quantities of edibles (not all of it actually qualifies as food, which is part of the problem).

Luckily, Randy was ready to join me on my Solartopia Green Power & Wellness Show this week. Listen here:

And here are his nine great Planetary Boundaries. If we work hard enough, they just might help us survive …

The planet supports all life via the earth’s natural systems. These systems are self-organizing and self-repairing within limits. When these limits are exceeded, the natural biophysical system starts to disintegrate making existence harder for the entire web of life and certainly us humans. In 2009, a group of 28 internationally renowned scientists identified a set of planetary boundaries within which humanity can continue to develop and thrive for generations to come alongside these natural systems. Scientists are clear on one reality: crossing certain boundaries will generate abrupt or irreversible biophysical changes and reduce the planet’s ability to support life. We have no definitive idea how many important dimensions there are to the global life-support system. While imperfect, this framework is important and helpful.

All the boundaries are closely linked. Scientists have techniques to quantify the health of most of the boundaries, while others require more research. It is an important indicator and feedback system to ensure a healthy planet and hence a healthy human context. 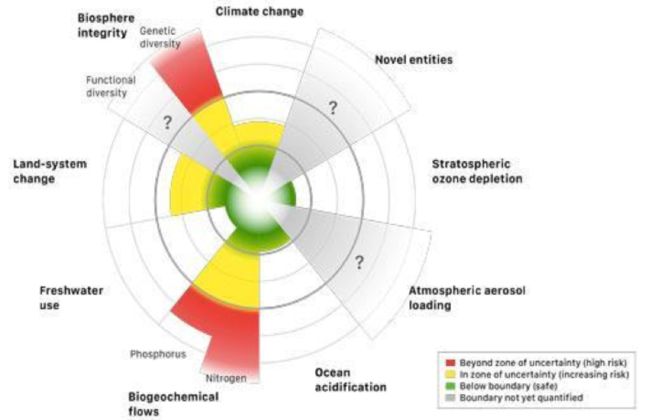 The nine planetary boundaries are:

In summary, we depend daily on biophysical processes for the food on our plate and the air we breathe. We are embedded in and connected to life support systems like biodiversity and eight others. Increasingly, bankers and investors get this connection. An injury to another species is an injury to humanity. The market must stop investing in industries destructive to the planetary boundaries if we are to support continued existence!

Would It Get If We Burned All Our Fossil Fuels?