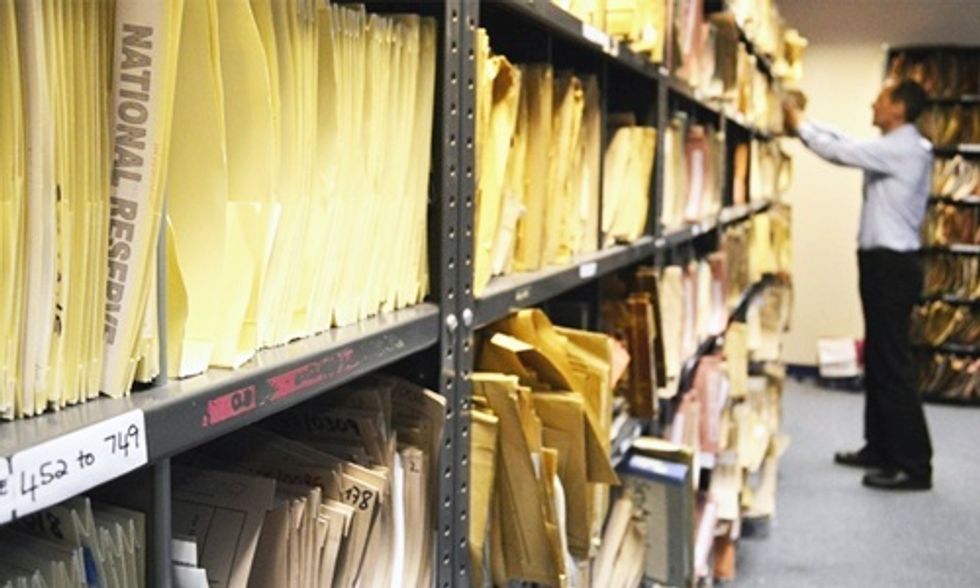 Next year, the federal Freedom of Information Act (FOIA) will celebrate its 50th anniversary as one of the finest laws our Congress has ever passed. It is a vital investigative tool for exposing government and corporate wrongdoing.

As the FOIA approaches its 50th year, it faces a disturbing backlash from scientists tied to the agrichemical company Monsanto and its allies. Photo credit: Agriculture, Food and Rural communities / Flickr

The FOIA was championed by Congressman John E. Moss (D-CA), who strove to “guarantee the right of every citizen to know the facts of his government.” Moss, with whom I worked closely as an outside citizen advocate, said that “without the fullest possible access to government information, it is impossible to gain the knowledge necessary to discharge the responsibilities of citizenship.”

As the FOIA approaches its 50th year, it faces a disturbing backlash from scientists tied to the agrichemical company Monsanto and its allies. Here are some examples.

On March 9, three former presidents of the American Association for the Advancement of Science—all with ties to Monsanto or the biotech industry—wrote in the pages of the Guardian to criticize the use of the state FOIA laws to investigate taxpayer-funded scientists who vocally defend Monsanto, the agri-chemical industry, their pesticides and genetically engineered food. They called the FOIAs an “organized attack on science.”

The super-secretive Monsanto has stated, regarding the FOIAs, that “agenda-driven groups often take individual documents or quotes out of context in an attempt to distort the facts, advance their agenda and stop legitimate research.”

Advocates with the venerable Union of Concerned Scientists (UCS) do worry that the FOIA can be abused to harass scientists for ideological reasons. This is true; for example, human-caused global warming deniers have abused the FOIA against climate scientists working at state universities like Michael Mann of Pennsylvania State University.

Among other suggestions, UCS recommends the following:

The proper response to abuses of the FOIA is not, however, to advocate blocking citizens or reporters from using the FOIA.

There are countless government and corporate scandals that have been revealed by the FOIA, but here are just two from this year.

In February, Justin Gillis and John Schwartz of the New York Times used documents obtained by the Greenpeace and the Climate Investigations Center through the FOIA to expose the corporate ties of the climate-change-denying scientist Wei-Hock “Willie” Soon, who received more than $1.2 million in contributions from the fossil fuel industry over the last ten years. Soon even called his scientific papers “deliverables” to his corporate donors.

Another area of risk to food and health was revealed by FOIA requests. There are legitimate concerns about the health and environmental perils of genetically engineered crops and food. And the concerns are mounting. For example, in March, the World Health Organization’s International Agency for Research on Cancer (IARC) classified the herbicide glyphosate—which is sprayed as Roundup on many genetically engineered crops—as “probably carcinogenic to humans.”

On Aug. 20, in the New England Journal of Medicine, Philip J. Landrigan and Charles Benbrook wrote that “the argument that there is nothing new about genetic rearrangement misses the point that GM crops are now the agricultural products most heavily treated with herbicides and that two of these herbicides may pose risks of cancer.” Another study published on Aug. 25 in the journal Environmental Health suggests that very low levels of exposure to Roundup “can result in liver and kidney damage” in rats, “with potential significant health implications for animal and human populations.”

U.S. Right to Know, a nonprofit consumer group staffed by consumer advocates, is conducting an investigation of the food and agrichemical industries, including companies like Monsanto and how they use front groups and taxpayer-funded professors at public universities to advance their claims that processed foods, artificial additives and GMOs are safe, wholesome and beyond reproach.

Based on documents that U.S. Right to Know obtained through the FOIA, two-time Pulitzer Prize winner Eric Lipton wrote a front page New York Times article about how Monsanto and the agrichemical industry use publically-funded scientists to lobby and to promote its messages and products. For example, Lipton reported on a $25,000 grant from Monsanto to University of Florida Professor Kevin Folta, who had repeatedly denied having ties to Monsanto: “‘This is a great 3rd-party approach to developing the advocacy that we’re looking to develop,’ Michael Lohuis, the director of crop biometrics at Monsanto, wrote last year in an email as the company considered giving Dr. Folta an unrestricted grant.”

One thing is clear; food safety, public health, the commercialization of public universities, corporate control of science and the research produced by taxpayer-funded scientists to promote commercial products are all appropriate subjects for FOIA requests.

The use of the FOIA by citizens, journalists and others to expose scandals is essential to ensure honest scientific inquiry and is critical to developing protective public health and environmental standards. Scientific research should not be contaminated by the inevitable biases and secrecy that come with corporate contracts at public universities.

The FOIA is a valuable tool to help citizens uncover corruption and wrongdoing and to vindicate our right to know what our own governments are doing.