Rally to Ban Fracking This Saturday in NYC, Sign Petitions to NY Senate and Gov. Cuomo 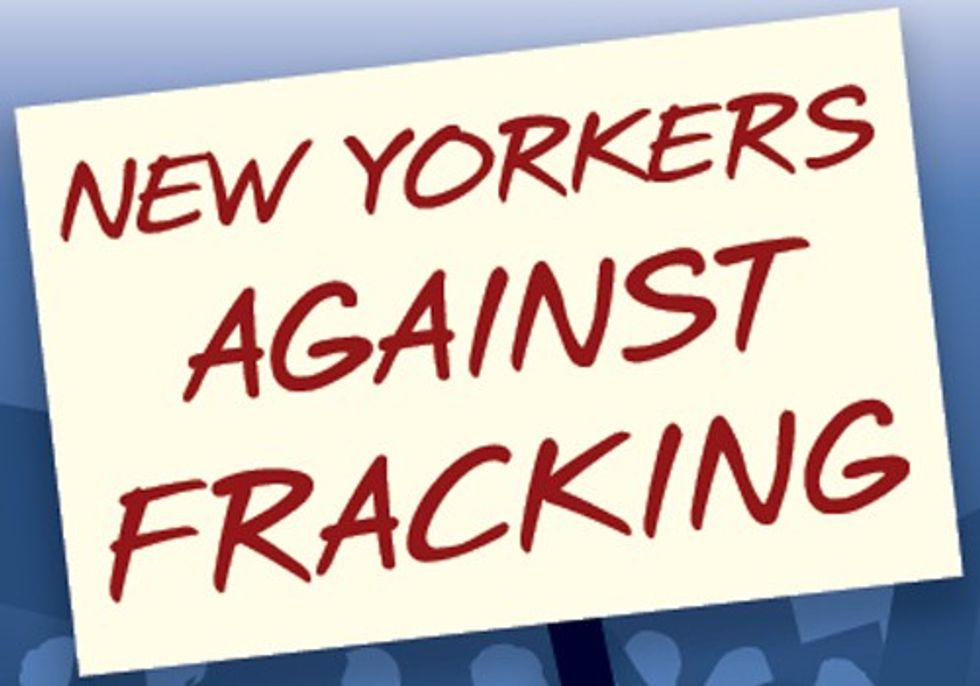 The largest cathedral in the world, St. John the Divine is a powerful location for the anti-fracking movement to gather, be inspired and galvanize our forces.

In addition to hearing from a variety of speakers, there will be short workshops and trainings on how to get more involved in the movement. You'll learn how to collect petition signatures, and about your legislators and where they stand on fracking. And don't miss out on the Food & Water Watch table full of materials that you can take to share with friends and family, as well as What the Frack? t-shirts and Ban Fracking Now campaign signs.

Speakers at the event include:

In addition to attending the event this Saturday, New Yorkers can get involved in the anti-fracking movement by signing two petitions.

The Assembly has voted to close the toxic waste loophole enjoyed by frackers—tell the Senate to act by clicking here. See below for more information.

Tell Gov. Cuomo not to short circuit the legal process by greenlighting fracking this spring by clicking here. See below for more information.

Last week the New York State Assembly overwhelmingly passed A7013, a bill that will close the loophole in the law that permits the oil and gas industry to dispose of toxic drilling wastes as ordinary industrial waste. This law will protect the public and our drinking water supplies by requiring the industry to properly dispose of hazardous waste—and by requiring the Department of Environmental Conservation (DEC) to report toxic spills like those that occurred in Le Roy, New York.

One hundred and five Assembly Members voted for the bill; thirty-eight voted to preserve the loophole. Coincidentally, one of these legislators recently wrote to Catskill Citizens to explain to us why the DEC didn't need to report the toxic spills schoolyard grounds in Le Roy, New York—where more than a dozen students have recently come down with a still unexplained illness. In response, we wrote an open letter to the Assembly Member tracing the connection between the hazardous waste loophole and what went wrong in Le Roy.

Threatening Noises from the Governor's Office

Unfortunately, significant gains in the courts and in the Assembly have been overshadowed by indications that Cuomo administration is considering going around the law and permitting fracking in New York State even before the DEC has had a chance to properly evaluate and respond to the 61,000 comments it received on the Revised Draft SGEIS—and before it has conducted a health impact assessment. The governor recently told the editorial board of the Syracuse Post Standard that the decision to permit fracking is just "a couple of months away."

In a historic decision, State Supreme Court Justice Phillip Rumsey upheld zoning ordinances in the Town of Dryden (Tompkins County) that explicitly prohibit any and all activities having to do with shale gas extraction. The Dryden ordinances not only prohibit fracking, but also the storing, treating and disposal of any products or wastes produced from fracking.

The town had been sued by Colorado-based Anschutz Exploration Corporation which spent more than five million dollars leasing 22,000 acres in the town, gambling that it would be able to undertake high-volume hydraulic fracturing—an extraction technique not previously permitted in New York State.

Justice Rumseys' decision was the first court test of New York's notorious Environmental Conservation Law 23 which gives the state power to regulate the oil and gas industry, but not the ability to override local zoning ordinances. In rendering his decision, the justice wrote "Nowhere in the legislative history… is there any suggestion that the legislature intended… to preempt local zoning authority."