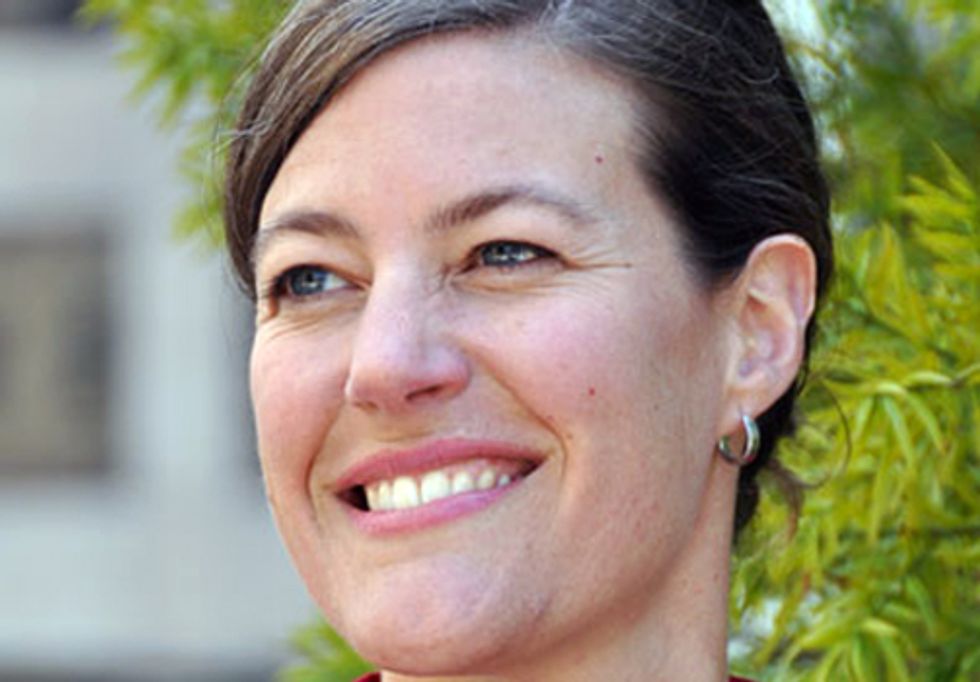 Last year ended on a sad note, with the accidental drowning death of Rebecca Tarbotton in Mexico, at 39 years of age. Becky was the inspirational executive director of San Francisco-based Rainforest Action Network, but her roots were in British Columbia.

In an October speech, she eloquently recalled her early days in the environmental movement, including an internship at the David Suzuki Foundation, and explained how a few people with purpose, committed to a goal, can accomplish a lot.

Becky believed strongly in social justice and environmental protection. For her organization’s campaign to save rainforests from the devastation of clear-cut logging, she and her colleagues met with book publishers to convince them to stop using paper from threatened areas.

Eight agreed, but the biggest victory came after much hard work and imaginative campaigning, when Rainforest convinced Disney to adopt a policy for all its operations, “eliminating paper connected to the destruction of endangered forests and animals.” Disney is the world’s largest publisher of children’s books and magazines, but the policy extends beyond that business to cover paper for all of its interests and supply chains everywhere in the world, including theme parks and cruise ships.

Becky also referred to a seemingly gloomy conversation she once had with me about the failure of environmentalism. She got the point I was trying to make. In her speech, she said, “We need to remember that the work of our time is bigger than climate change. We need to be setting our sights higher and deeper. What we're really talking about, if we're honest with ourselves, is transforming everything about the way we live on this planet ... We don't always know exactly what it is that creates social change. It takes everything from science all the way to faith, and it's that fertile place right in the middle where really exceptional campaigning happens—and that is where I strive to be."

After a year when, as U.K. writer George Monbiot says, “governments turned their backs on the living planet, demonstrating that no chronic problem, however grave, will take priority over an immediate concern, however trivial,” we need to look to the example of brave and inspiring people like Becky Tarbotton. If our leaders are not willing to lead, it’s up to the rest of us.

We’ve seen what kind of “leadership” to expect from our elected representatives. In Canada, our government is gutting environmental protections and regulations in the name of speeding up fossil fuel exploitation, no matter how much this contributes to climate change. As Arctic sea ice melts to levels that experts have referred to as a “global disaster," possibly disappearing within four to 10 years, industry and governments salivate at the prospect of having more open areas for oil and gas drilling, despite their being in sensitive ecosystems with extremely risky conditions.

Unfortunately, too many politicians focus more on the fossil fuel industry than the citizens they are elected to represent. As writer Rebecca Solnit recently posted for a year-end essay on TomDispatch.com, “For millions of years, this world has been a great gift to nearly everything living on it, a planet whose atmosphere, temperature, air, water, seasons, and weather were precisely calibrated to allow us—the big us, including forests and oceans, species large and small—to flourish. (Or rather, it was we who were calibrated to its generous, even bounteous, terms). And that gift is now being destroyed for the benefit of a few members of a single species.”

It’s not that people support what’s happening. A recent Environics poll showed most Canadians believe our governments should do far more to combat climate change. Polls indicate similar trends in the U.S. and U.K.

Sometimes the odds seem so overwhelming that it’s tempting to run and hide, to give up. Sometimes the gains seem so small and the setbacks so great that we can’t think of much to do beyond looking at our kids and saying, “Sorry.”

But if there’s one thing we can learn from Rebecca Tarbotton and the many other dedicated people in the world, it’s that we can change the world if we care, think and act.