These Scientists Are Listening to the Borneo Rainforest to Protect Biodiversity 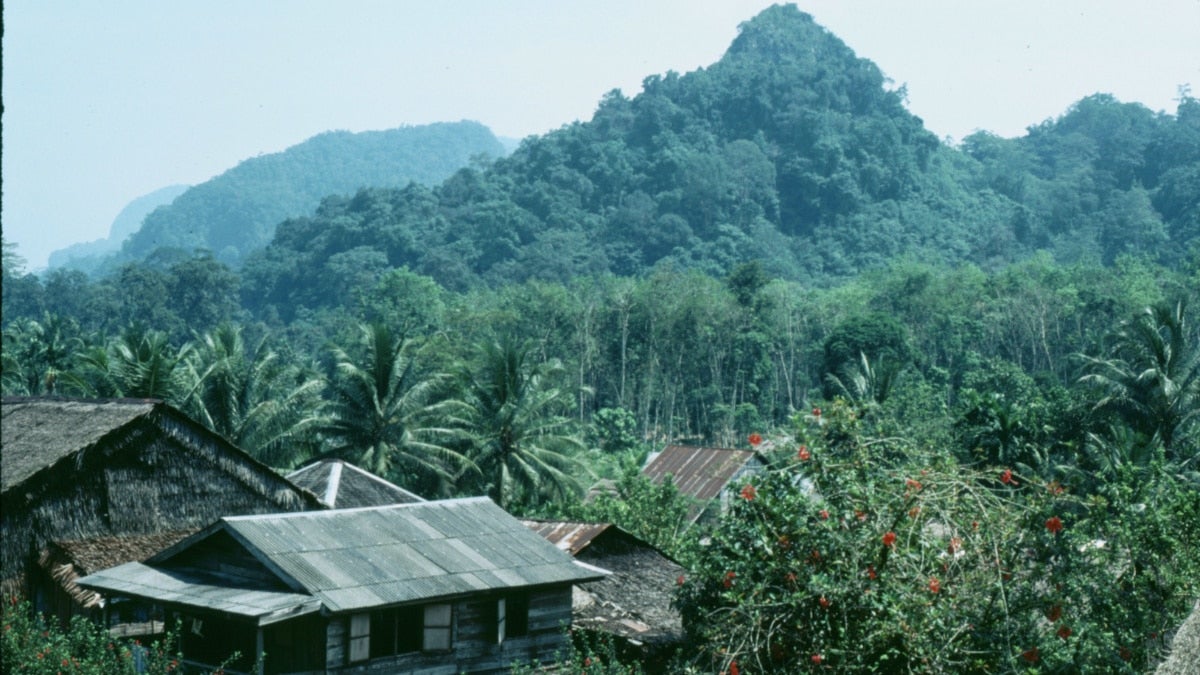 A team of scientists are using the sound of the Borneo rainforest as an indicator of its health and the state of its biodiversity. berkeley_geography / Wikimedia Commons

A team of scientists from Imperial College London, Universiti Malaysia Sabah and the South East Asia Rainforest Research Partnership has been recording the health of the Borneo rainforest. Known as the SAFE Project, they are using the sound of the forest as an indicator of its health and the state of its biodiversity.

Professor Rob Ewers, from the Department of Life Sciences at Imperial and Principal Investigator for the SAFE Project, said: “The health of a forest ecosystem can often be attributed to how much noise it creates, signaling how many species are around. As well as listening to whole soundscapes, we hope that in the future the system will be able to pick up individual species and record their presence – or absence – from certain areas.”

Like rainforests all over the world, it is under pressure. Between 1985 and 2001, the Indonesian part of the island of Borneo, Kalimantan, lost around 56% of protected lowland tropical rainforests to illegal logging. An area of 29,000km² (almost the size of Belgium) was felled as loggers took advantage of global demand for timber, in the absence of a sufficient economic alternative.

While laws to protect forests are in effect across the island, they are often violated, according to conservation organization the WWF.

Due to the challenges of the rainforest’s climate, the SAFE researchers couldn’t use off-the-shelf products for their project. Heat and humidity can be tough on sensitive electronic equipment.

So they built their own recorders using the Raspberry Pi hardware platform. The solar-powered devices automatically send data over the mobile phone network, eliminating the need for anyone to collect it in memory cards.

The team made instructions for building the equipment available to all online, so that other researchers can build their own versions.

The Sound of Progress

Sarab Sethi, a PhD student from Imperial College, was involved in the design of the audio recorders. “If we can get a fingerprint of each audio stream, we can compare how the soundscapes are different between different sites and begin to quantify the changes as land-use changes, for example when forests are logged,” he said.

The SAFE team has also created a website that streams some of the rainforest recordings.

A similar project from the Rainforest Connection is also using audio to tackle illegal logging. With schemes in South America, Africa and Asia, the organization uses a system based on old mobile phones to record ambient noise in rainforests. It uses a cloud-based AI engine to spot the sound of chainsaws in those recordings. If any are detected, it sends a real-time alert to the relevant authorities.

About 17% of the Amazon rainforest has been lost in the past 50 years, according to the WWF. It describes the loss of forested areas near population centers as “rampant” and says that cattle ranching is the main cause of the deforestation.