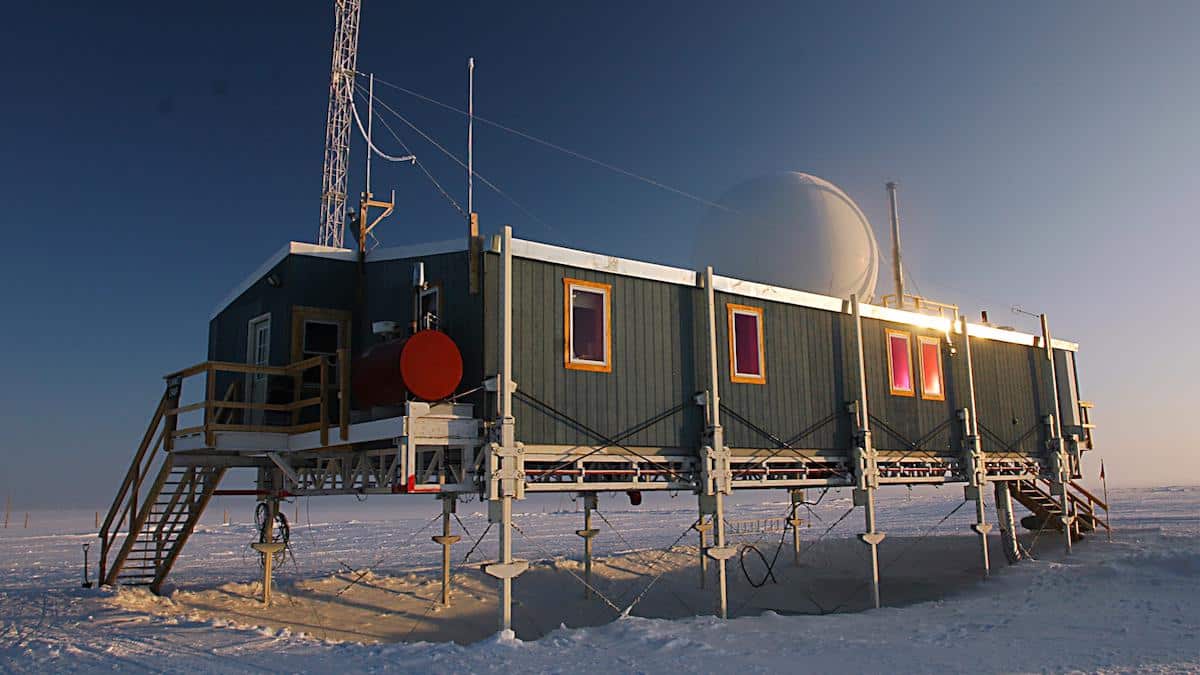 This past weekend, researchers at the National Science Foundation’s Summit Station observed rainfall at the peak of Greenland’s rapidly melting ice sheet for the first time on record — an event driven by warming temperatures.

“This was the third time in less than a decade, and the latest date in the year on record, that the National Science Foundation’s Summit Station had above-freezing temperatures and wet snow,” the National Snow and Ice Data Center (NSIDC) said in a press release earlier this week. “There is no previous report of rainfall at this location (72.58°N 38.46°W), which reaches 3,216 meters (10,551 feet) in elevation.”

Temperatures at the summit of the ice sheet rose above freezing at around 5:00 am local time on Saturday, “and the rain event began at the same time,” NSIDC noted. “For the next several hours, rain fell and water droplets were seen on surfaces near the camp as reported by on-station observers.”

The anomalous rainfall at the ice sheet’s peak marked the start of a three-day period during which “above-freezing temperatures and rainfall were widespread to the south and west of Greenland… with exceptional readings from several remote weather stations in the area,” said NSIDC. “Total rainfall on the ice sheet was 7 billion tons.”

The warmer-than-usual temperatures caused significant melting of the ice sheet, with melt extent peaking at 337,000 square miles on August 14.

“Warm conditions and the late-season timing of the three-day melt event coupled with the rainfall led to both high melting and high runoff volumes to the ocean,” NSIDC observed. “On August 15 2021, the surface mass lost was seven times above the mid-August average… At this point in the season, large areas of bare ice exist along much of the southwestern and northern coastal areas, with no ability to absorb the melt or rainfall. Therefore, the accumulated water on the surface flows downhill and eventually into the ocean.”

On August 14, 2021, temperatures rose above freezing on the summit of Greenland for only the third time this decade. But for the first time on record, rain fell at @NSF Summit Station. Read the full Greenland Today report: https://t.co/dVzhYSgefm pic.twitter.com/ctyMMILn9e

Ted Scambos, a senior research scientist at the Cooperative Institute for Research in Environmental Sciences at the University of Colorado at Boulder, told The Washington Post on Thursday that while the three-day melting event “by itself does not have a huge impact,” it is “indicative of the increasing extent, duration, and intensity of melting on Greenland.”

“Like the heat wave in the [U.S. Pacific] northwest, it’s something that’s hard to imagine without the influence of global climate change,” said Scambos. “Greenland, like the rest of the world, is changing. We now see three melting events in a decade in Greenland — and before 1990, that happened about once every 150 years. And now rainfall: in an area where rain never fell.”

In a landmark report released earlier this month, the Intergovernmental Panel on Climate Change (IPCC) concluded that “it is very likely that human influence has contributed to the observed surface melting of the Greenland ice sheet over the past two decades.”

In July — which the National Oceanic and Atmospheric Administration recently deemed the hottest month ever recorded on Earth — a heat wave in Greenland caused enough melting to cover the entire state of Florida with two inches of water.

“What is going on is not simply a warm decade or two in a wandering climate pattern,” Scambos told CNN in response to the rainfall at the ice sheet’s summit. “This is unprecedented.”