Radiohead, Jude Law and Greenpeace Produce Must-See Film for Save the Arctic Campaign 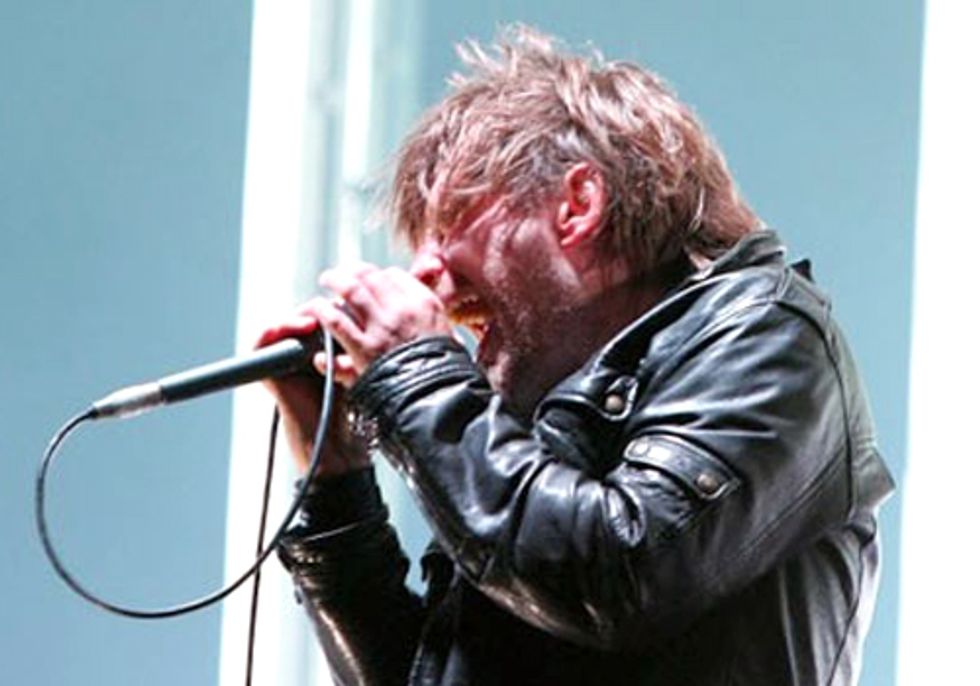 Oscar winning actor Jude Law and British rock band Radiohead have joined forces with Greenpeace to produce a film featuring a highly realistic polar bear on London’s streets. The film is part of the Save the Arctic campaign, which aims to protect the Arctic from industrial development.

The film, released today, tells the story of a homeless bear forced out of her Arctic habitat due to climate change. It features the song “Everything in its right place” from Radiohead’s 2000 album Kid A. The stunning polar bear costume was operated by puppeteers from the Broadway and West End smash hit Warhorse.

The bear’s sad and lonely quest to find a home and food takes her through a series of iconic locations in the city from the 2012 Olympic stadium to a Shell petrol station forecourt. Shell is currently sending two rigs to Alaska to exploit melting sea ice to drill for more oil.

At the end of the film the bear reaches the famous London Fields Park, where she lies down to rest, waiting for the global movement that is emerging to oppose oil drilling in the pristine Arctic region.

"As the Arctic sea ice melts, polar bears are being forced to go far beyond their normal habitat to find food and look after their young. This film is a powerful expression of how our fates are intertwined, because climate change is affecting all of us no matter where we live.

“Right now a handful of oil companies are trying to carve up the Arctic for the sake of the next quarterly results, but a global movement is growing to stop them. I stand with hundreds of thousands of others who think the area should be made into a sanctuary, protected from corporate greed for good."

"We have to stop the oil giants pushing into the Arctic. An oil spill in the Arctic would devastate this region of breathtaking beauty, while burning that oil will only add to the biggest problem we all face, climate change. That’s why I’m backing this campaign, and why I have signed the Arctic Scroll. I’ll know whenever I look north that my name is planted at the bottom of the ocean at the top of the world as a permanent statement of our joint commitment to save the Arctic.”

“This is one of the most ambitious campaigns Greenpeace has launched in its history and gaining the support and endorsement of two massive stars like Jude Law and Thom Yorke will help us explain to people across the world why we have to halt the destruction of the arctic by the oil and gas industry.”

Greenpeace's campaign was launched on June 21 at the Rio+20 Earth Summit. So far, more than 370,000 people have signed up to the save the Arctic.

Jude Law and Thom Yorke are just two of the growing number of international celebrities who have joined the campaign to save the Arctic. Among those to be the first to sign up were Robert Redford, Penelope Cruz and Sir Paul McCartney.