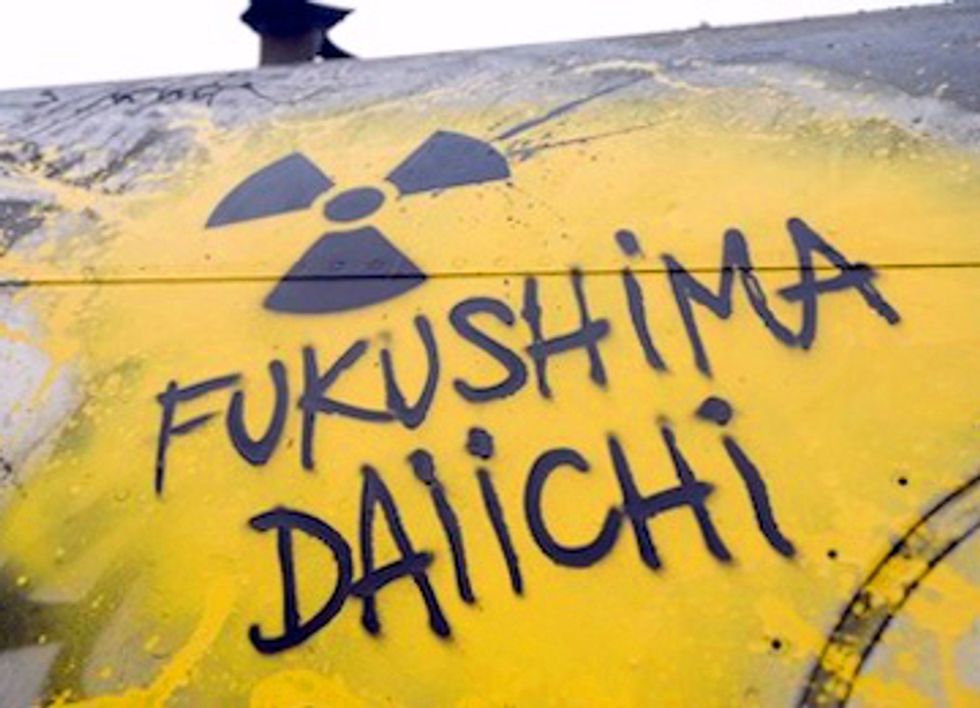 The seemingly endless torrent of scandals rushing from the damaged nuclear reactors at Fukushima continues with the news that a serious incident is underway at the stricken plant. Once again we see that Fukushima’s owner TEPCO is utterly unfit to deal with the ongoing disaster.

And the bad news just keeps coming. We have now heard that 300 tons of highly contaminated water has escaped from storage tanks at the site—the worst leak since the disaster began in March 2011.

Chart of the IAEA’s INES scale is copyright of the CLP Group.

Currently, the situation is being classified by Japan’s Nuclear Regulation Authority as a level three on the International Atomic Energy Agency’s International Nuclear and Radiological Event Scale (INES)—a serious incident.

The source of the leak is a mystery and there is no confirmation from TEPCO that it has been stopped. Right now, TEPCO has denied the possibility that the water is leaking into the Pacific Ocean but we’ve heard these reassurances before. TEPCO’s announcements simply can’t be trusted. The radioactive waste is flowing into the soil and it is just a matter of time before it will be taken towards the ocean by groundwater.

Radiation levels found in one of the puddles are the highest recorder in the two and a half years since the reactors were destroyed. According to TEPCO, the leaked water contains 80 million Becquerel of beta radiation per liter. One location measured over 100 milliSievert per hour of radiation dose. The high contamination levels in the water means it will be extremely difficult for humans to clean it up—workers will easily be exposed to more than the maximum allowable limit of radiation.

Why wasn’t TEPCO monitoring these tanks properly? That such a massive amount of dangerous radiation could escape before anything was done is another damning scandal amid an ocean of damning scandals rushing from Fukushima.

How much more incompetence from TEPCO will the Japanese government tolerate? Why isn’t the company being held responsible? Nobody has been arrested or lost their jobs. Meanwhile, Japan’s Prime Minister Abe tours the world acting as salesman for the nuclear industry. The situation is absurd.

The chilling question now is: what might happen next? We’ve been saying things have been going from bad to worse for years. Things are now going from worse to what? Worser? We’re running out of ways to describe this never-ending nightmare.

It is long past time the Japanese government took over the disaster relief efforts and TEPCO’s executives were held to account. An urgent appeal for international assistance must be made immediately. This is an emergency none of us can afford to ignore.