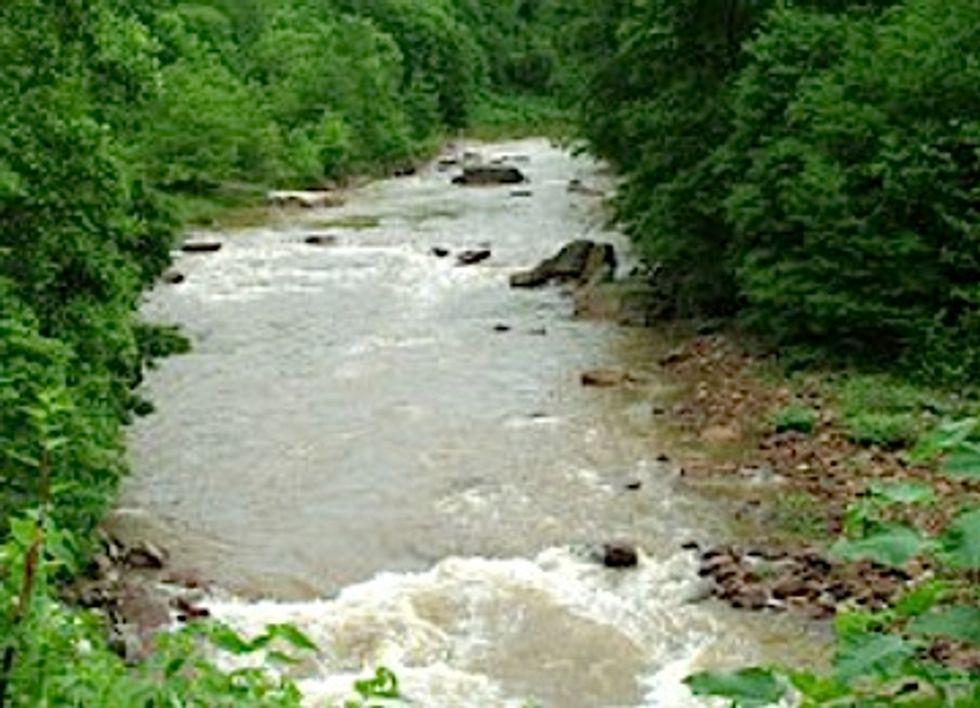 A Duke University study published Wednesday in the journal Environmental Science and Technology, found dangerously high levels of radiation in a creek near a drilling wastewater treatment facility in Pennsylvania.

The study, Impacts of Shale Gas Wastewater Disposal on Water Quality in Western Pennsylvania, was conducted over a period of two years from the summer of 2010 to the fall of 2012 and analyzed water samples discharged downstream of the Josephine Brine Treatment Facility into Blacklick Creek in the Allegheny River watershed, according to StateImpact, a project of National Public Radio. Sediment found in the creek contained levels of radium that were 200 times greater than normal levels, along with high levels of salts like chloride and bromide in the surface water.

These elements are naturally occurring and released during the fracking process. Radioactive brine, known as “flowback,” is typically shipped to centers like the Josephine Brine Treatment Facility or injected into wells.

Last year, more than 14 million barrels of toxic waste from oil and gas drilling were injected into the ground in Ohio’s Class II disposal wells, with more than half of the wastewater coming from out-of-state. These injection wells, essential to the fracking industry, pose a series of threats to groundwater supplies and human health, and have been linked to increased seismic activity.

“What’s particularly alarming about the study’s finding for Ohio is that the waste from Pennsylvania’s oil and gas drillers that isn’t being adequately treated in Pennsylvania is being imported into our state for injection, with little to no testing for radioactivity," continued Auciello.

“The Ban Injection Wells coalition in Ohio has been instrumental in getting legislation introduced in the state House and Senate that would not only ban oil and gas waste injection wells, it would the stop discharge of the waste coming to treatment plants not equipped to treat radioactivity," said Auciello. "The Buckeye State should not be used as a dumping ground for drilling waste from any state. This legislation should be passed immediately to protect current and future generations of Ohioans.”