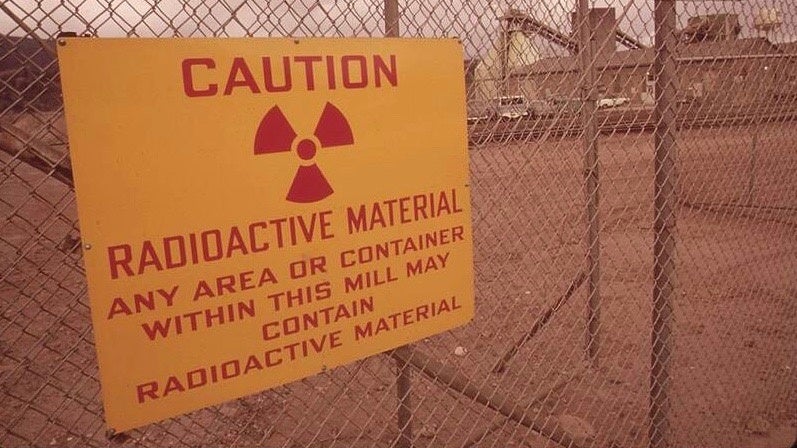 Back in April last year, the Trump administration’s Environmental Protection Agency decided it was “not necessary” to update the rules for toxic waste from oil and gas wells. Torrents of wastewater flow daily from the nation’s 1.5 million active oil and gas wells and the agency’s own research has warned it may pose risks to the country’s drinking water supplies.

On Tuesday, a major new investigative report published by Rolling Stone and authored by reporter Justin Nobel delves deep into the risks that the oil and gas industry’s waste — much of it radioactive — poses to the industry’s own workers and to the public.

“There is little public awareness of this enormous waste stream,” Nobel, who also reports for DeSmog, wrote, “the disposal of which could present dangers at every step — from being transported along America’s highways in unmarked trucks; handled by workers who are often misinformed and underprotected; leaked into waterways; and stored in dumps that are not equipped to contain the toxicity.”

Additional documents obtained by Nobel and shared with DeSmog show that a report prepared for the American Petroleum Institute (API), the nation’s largest oil and gas trade group, described the risks posed by the industry’s radioactive wastes to workers as “significant” in 1982 — long before the shale drilling rush unleashed new floods of wastewater from the industry — including waste from the Marcellus Shale, which can carry unusually high levels of radioactive contamination.

Oil and gas wells pump out nearly a trillion gallons of wastewater a year, Rolling Stone reported. That’s literally a river of waste — enough to replace all the water flowing from the Mississippi River into the Gulf of Mexico for more than two and a half days.

Much of that wastewater, often referred to by the industry as “brine,” carries high levels, not of familiar table salt, but of corrosive salts found deep below the Earth’s surface, as well as toxic compounds and carcinogens.

That water can also carry serious amounts of radioactive materials. The Rolling Stone report, labeled “sobering” by the Poynter Institute, described levels of radium as high as 28,500 picocuries per liter in brine from the Marcellus Shale, underlying Pennsylvania, Ohio, New York, and West Virginia, levels hundreds of times as much as the Nuclear Regulatory Commission would allow in industrial discharges from other industries.

The oil and gas industry’s waste, however, isn’t regulated like most other industry’s wastes, slipping instead through loopholes carved out in the nation’s cornerstone environmental laws, including exemptions for the industry in federal laws covering hazardous waste.

“If I had a beaker of that on my desk and accidentally dropped it on the floor, they would shut the place down,” Yuri Gorby, a microbiologist who’d studied radioactive materials at the U.S. Geological Survey and Department of Energy, told the magazine. “And if I dumped it down the sink, I could go to jail.”

Excerpt from a 1982 report prepared for the American Petroleum Institute and titled “An Analysis of the Impact of the Regulation of ‘Radionuclides’ as a Hazardous Air Pollutant on the Petroleum Industry.”

“It is well-known that some naturally occurring elements, uranium for example, have an affinity for crude oil,” the 1982 API report says, noting that uranium can decay into elements like radium-226 (“a potent source of radiation exposure, both internal and external,” API’s report explained) and radon-222 (which can “cause the most severe impact to public health,” it observed).

“Almost all materials of interest and use to the petroleum industry contain measurable quantities of radionuclides that reside finally in process equipment, product streams, or waste,” the 1982 report notes.

Some of the report’s most stark language warned about the possibility of federal regulation of the industry’s radioactive wastes.

“It is concluded that the regulation of radionuclides could impose a severe burden on API member companies,” the report says, “and it would be prudent to monitor closely both regulatory actions.”

“We take each report of safety or health issues related to energy development very seriously,” Porter said. “Nothing is more important than the health and safety of our workers, the local environment, and the communities where we live, operate, and raise families. Natural gas and oil companies meet or exceed strict federal and state regulations and also undergo regular inspections to ensure that all materials are managed, stored, transported, and disposed of safely. Through regular monitoring, ongoing testing, and strict handling protocols, industry operations are guided by internationally recognized standards and best practices to provide for safe working environments and public safety.”

API also pointed to a one-page document titled “NORM [naturally occurring radioactive materials] in the Oil and Natural Gas Industry.” As of publication time, API had not responded to questions from DeSmog regarding the 1982 report.

For example, to keep dust down, the “brine” can be spread on roads, like a stretch in Pennsylvania where Nobel describes a group of Amish girls strolling barefoot. Nobel adds that contractors pick up waste directly from the wellhead and that in 2016 alone, more than 10.5 million gallons were sprayed on roads in the northwestern corner of Pennsylvania.

The waste has also been sold at Lowe’s, bottled as “AquaSalina” and marketed as a pet-safe way to fight ice and salt, though an Ohio state lab found it contains radium at more than 40 times the levels the Nuclear Regulatory Commission allows in discharge from industry. And the radium-laced waste is spilled from trucks transporting it, in potential what the article indicates may be a violation of federal law.

One brine truck driver, identified only as a man named Peter from Ohio, started taking his own samples after being told by another worker with a radiation detector that he’d been hauling “one of the ‘hottest loads’ he’d ever seen,” Rolling Stone reports. “A lot of guys are coming up with cancer, or sores and skin lesions that take months to heal,” Peter told the magazine. Tests by a university lab found radium levels as high as 8,500 picocuries per liter, the article adds.

One expert, scientist Marvin Reisnikoff, who’d served as one of the plaintiff’s experts in the lawsuit brought by the Louisiana oilfield workers and co-authored the 2013 report, told Rolling Stone that a standard brine truck rolling through Pennsylvania might be carrying radioactive wastewater at levels a thousand times higher than those allowed under federal Department of Transportation (DOT) limits. But, a DOT spokesperson told Rolling Stone, federal regulators rely heavily on industry self-reporting, and the rules seem generally unenforced.

“This alarming report brings into stark relief what we already knew to be true,” Food & Water Watch Policy Director Mitch Jones said in a statement calling for a congressional investigation, “that highly toxic and radioactive waste generated by fossil fuel drilling and fracking cannot be stored or disposed of safely, and in fact is often being intentionally dispersed in our communities.”

“It is imperative that Congress hold hearings soon to examine and expose the full extent of the threat oil and gas waste poses to families and workers throughout America,” he added, “and take urgent action to halt fracking and the legal and illegal dispersal of the waste currently taking place.”