Radioactive Wild Boars Have Taken Over Abandoned Towns Near Fukushima 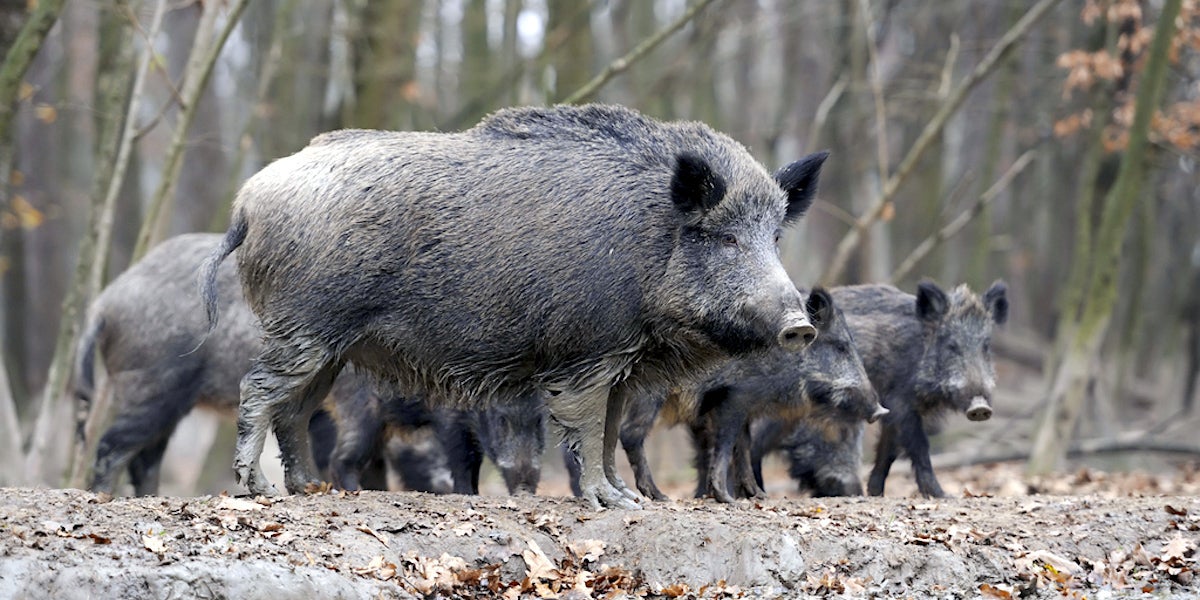 The first photos of the wild boars that have come to dominate the abandoned streets of towns near the site of the 2011 Fukushima disaster have emerged as government-led teams begin to cull the boar population to make way for the expected return of the towns’ former residents.

For the last six years, the streets of the towns abandoned in the wake of the Fukushima disaster have been walked, not by people, but by wild, radioactive boars. After the 2011 meltdown of the Fukushima Daiichi power plant, exclusion zones were set up around the plant and the populations of the towns within were evacuated to a safer distance, giving rise to Fukushima “ghost towns.” In the years since, hundreds upon hundreds of wild boars have come to roam the deserted streets, foraging for food.

The highly radioactive boars have been reported to attack people when provoked and have become a major problem in the Japanese government’s efforts to prepare the towns for the eventual homecoming of its former, human residents. In the abandoned coastal town of Namie—just 2.5 miles from the site of the meltdown—residents are expected to return at the end of the month, meaning that the boars must be cleared. Tamotsu Baba, mayor of Namie, told the Mirror: “It is not really clear now which is the master of the town, people or wild boars.”

Radiation at Fukushima Spikes to Highest Levels Since 2011 https://t.co/0Vb8BIje68 They denied and denied now there is prove.

The Japanese government has been sending in teams to “cull” the boars, which has also led the radioactive animals to be filmed and photographed for the first time. According to Baba, the need to eliminate the boars is urgent: “If we don’t get rid of them and turn this into a human-led town, the situation will get even wilder and uninhabitable.” The “culling” teams have been using cage traps and air rifles to reduce the boar population in Namie and three surrounding towns, including Tomioka where 800 boars have already been killed. Hundreds more boars have been captured since the program began and population control efforts are expected to continue well after residents return.

However, not all residents will be returning. For example, well over half of Namie’s pre-disaster population of 21,500 have decided not to return home, according to a government survey conducted last year. These residents cited concerns over radiation and the on-going safety issues at the nuclear power plant as the main reason for their decision.