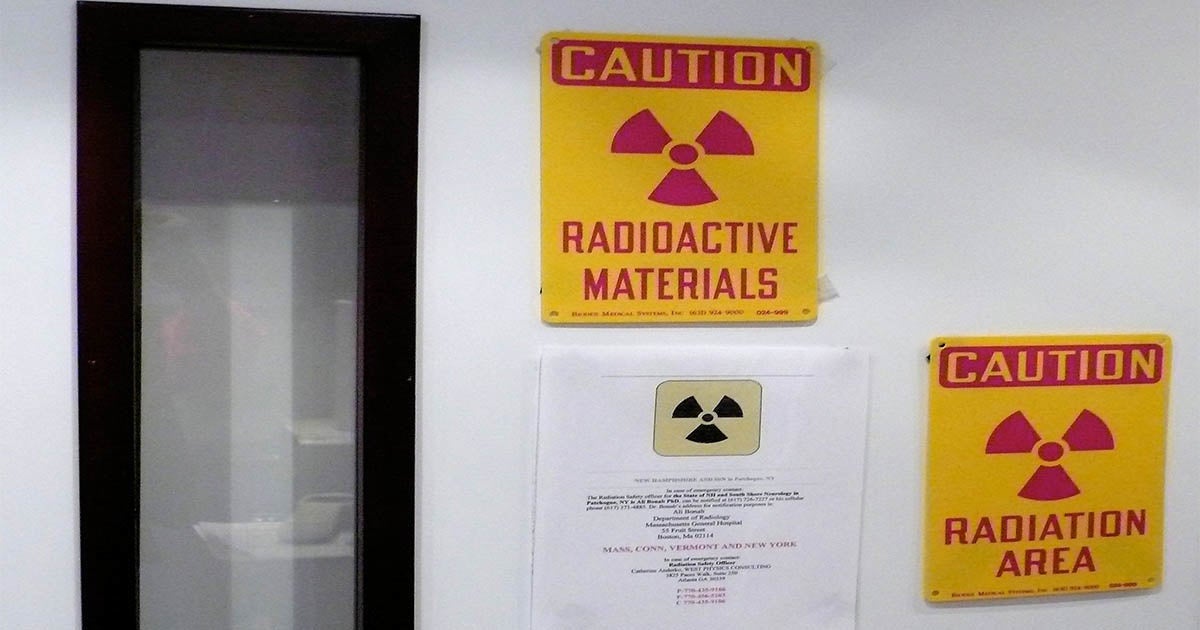 You can add radiation to the list of pollutants for which the Trump administration is looking to loosen restrictions.

The proposal, which has been criticized by the scientific community for limiting the kinds of studies the EPA can use to make regulatory decisions, could also open the door to raising the safe threshold for exposure to certain toxins, including radiation. That’s because it includes a provision instructing regulators to consider “various threshold models across the exposure range” when it comes to setting rules for dangerous substances.

The proposal doesn’t mention radiation in particular, but the press release announcing the proposal quoted University of Massachusetts toxicologist Edward Calabrese, who is a proponent of raising the threshold for radiation exposure, saying doing so would save money and boost health. Calabrese, who was set to testify on the proposal at a Congressional hearing Wednesday, believes that small doses of radiation and other carcinogens can actually strengthen the body’s ability to repair itself, in the way that exercise or sunlight do.

“The proposal represents a major scientific step forward by recognizing the widespread occurrence of non-linear dose responses in toxicology and epidemiology for chemicals and radiation and the need to incorporate such data in the risk assessment process,” Calabrese said in the press release.

Current government regulations say that any exposure to harmful radiation could cause cancer, and opponents of the change say raising that threshold could put nuclear workers, oil and gas employees, medical professionals conducting X-rays or CT scans and people living near Superfund sites or any other radiation leak at risk.

“If they even look at that—no, no, no,” said Terrie Barrie, a Craig, Colorado resident and nuclear exposure compensation advocate for her husband and other workers at the closed Rocky Flats nuclear weapons plant Terrie Barrie told The Associated Press. “There’s no reason not to protect people as much as possible.”

Physicist Jan Beyea, who has done work on the 2011 Fukushima nuclear power plant accident for the National Academy of Sciences, told The Associated Press that the notion advocated by Calabrese and others, that small doses of radiation can be helpful, was “generally dismissed by the great bulk of scientists.”

The National Council on Radiation Protection and Measurements reaffirmed that there was no risk-free level of radiation exposure this year after a review of 29 public health studies.

Up until March, the EPA’s online guidance on radiation said that “Current science suggests there is some cancer risk from any exposure to radiation.” But an edit in July emphasized low individual cancer risk for small doses of exposure. “According to radiation safety experts, radiation exposures of … 100 millisieverts usually result in no harmful health effects, because radiation below these levels is a minor contributor to our overall cancer risk,” the updated guidance says.

EPA spokesperson John Konkus said Tuesday that the science transparency proposal would not change radiation policy. “The proposed regulation doesn’t talk about radiation or any particular chemicals. And as we indicated in our response, EPA’s policy is to continue to use the linear-no-threshold model for population-level radiation protection purposes which would not, under the proposed regulation that has not been finalized, trigger any change in that policy,” he said.

Public comment on the draft proposal closed in August and the EPA said it would review the more than 590,000 comments it had received this fall.