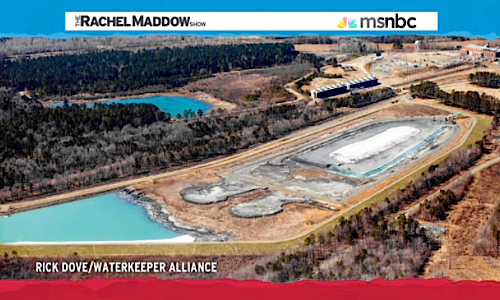 The Rachel Maddow Show reported Monday on the latest discovery by Waterkeeper Alliance of water being pumped from Duke Energy coal ash ponds into local waterways. Maddow also delves into a new report by the Associated Press that claims Gov. McCroy’s (R-NC) cozy relationship with Duke Energy led to a change in North Carolina law protecting the company’s coal ash pits and allowing them to pollute larger areas.