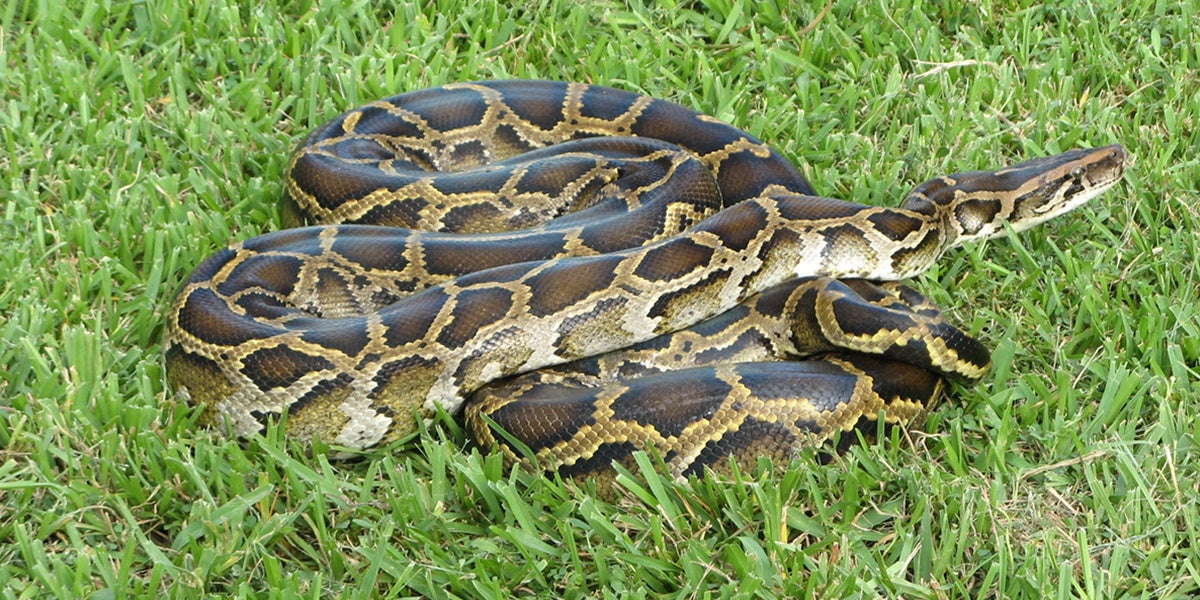 Burmese pythons have long posed a threat to the indigenous wildlife in Everglades National Park since pet owners abandoned a few of them there in the 1980s, The Guardian reported.

They have displaced American alligators as the Everglades’ top predators and have been found responsible for putting a dent in the populations of raccoons, opossums and bobcats, according to The National Parks Traveler.

Now, an Aug. 19 study from the U.S. Geological Survey (USGS) has revealed a surprise finding about the pythons that could make them an even bigger threat to biodiversity in the famous national park and across South Florida: some had DNA from the Indian python, which is a smaller, faster species that prefers dry ground to swamps, according to The Guardian.

Researchers are now concerned the hybrid snakes could adapt even better to the South Florida environment and expand their range.

“When two species come together they each have a unique set of genetic traits and characteristics they use to increase their survival and their unique habitats and environments,” lead study author and USGS geneticist Margaret Hunter told The Guardian. “You bring these different traits together and sometimes the best of those traits will be selected in the offspring. That allows for the best of both worlds in the Everglades, it helps them to adapt to this new ecosystem potentially more rapidly.”

One concern is that hybrid snakes might slither out of the swamp and hunt prey on dry land, since Burmese pythons prefer the water and Indian pythons prefer higher ground.

“If the Indian pythons have a wider range, perhaps these Everglades snakes now have that capability,” Hunter told the Miami Herald. “It’s quite interesting and quite surprising, but we don’t know the extent it’s in the population.”

The researchers initially set out to study the genetic makeup of the snakes in order to figure out how they spread and how that spread could be stopped. Of the 400 snakes they studied, most had DNA close to that of Burmese pythons, but 13 had genetic markers of Indian pythons.

The researchers think the snakes probably interbred before arriving in South Florida, but more research is necessary to know for sure.

Hunter told The Guardian she was worried the hybridization would make it even harder to control the invasive species, which has swollen to a population of around 150,000 and resisted attempts to contain it, from training snake-sniffing dogs to hiring Indian snake catchers to hunt them in the Everglades.

On the positive side, the hybrid snakes allow scientists a chance to study evolution in real time.

“All species do this,” Hunter told The Miami Herald. “But we’re watching evolutionary progress right in front of us.”