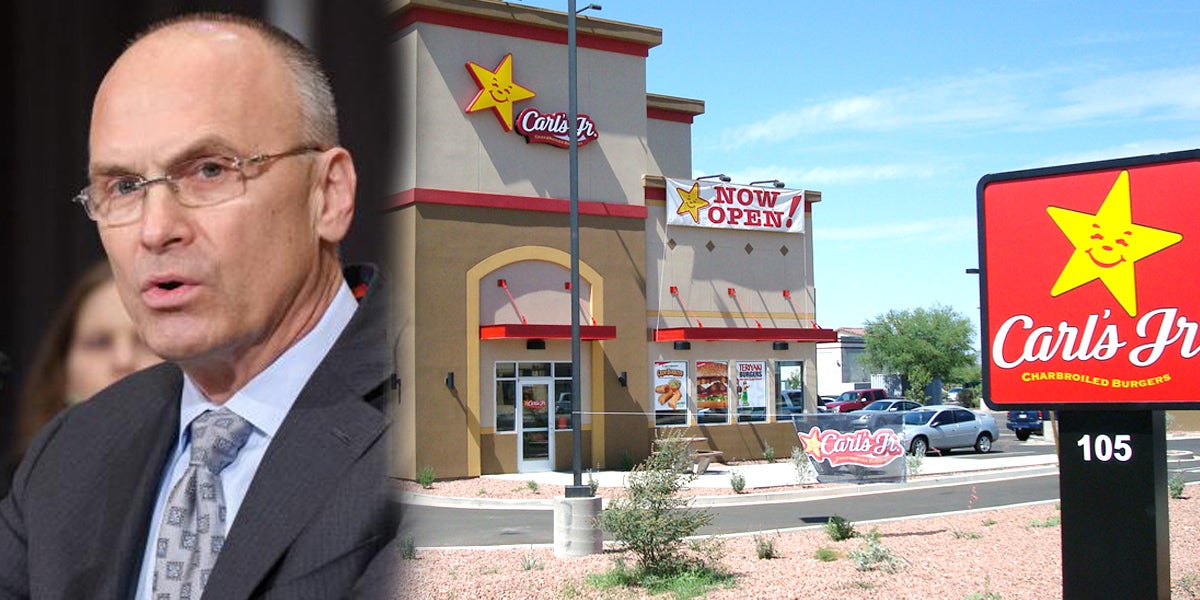 More than 100 food and agriculture organizations, representing more than 10 million people across the food system, sent a letter to Capitol Hill Monday urging senators to oppose the confirmation of fast food CEO Andrew Puzder as secretary of labor.

This clarion call from the nation’s farmers, food-system workers and public health advocates, led by Corporate Accountability International, Food Chain Workers Alliance, Friends of the Earth and Real Food Media, comes on the heels of growing opposition and controversy surrounding Donald Trump’s pick to head the Department of Labor.

“Andrew Puzder is dangerous for working families and bad for our food system,” said Jose Oliva, co-director of Food Chain Workers Alliance. “The country needs a labor secretary who will protect working families, not corporate interests. Puzder’s track record as CEO of CKE Restaurants proves that he should be kept as far away from Washington as possible.”

The letter calls the nomination of Andrew Puzder a betrayal of the president’s promise to “improve the lives of working people” and urges senators to reject Puzder’s nomination. It expresses grave concern with the conflicts of interest between Puzder’s tenure at CKE Restaurants and the responsibilities of a labor secretary, including the fact that:

“Putting an outspoken critic of worker protections and a living wage in charge of the Department of Labor is straight out of an Orwellian nightmare,” said Kari Hamerschlag, deputy director of food and technology at Friends of the Earth. “The Senate must reject the nomination of Puzder if it cares at all about the basic rights of working people.”

Since Puzder’s nomination, advocacy groups have documented numerous workers’ rights violations under the watch of the former fast food CEO. For instance, research released by the Restaurant Opportunities Centers (ROC) United reveals a long history of labor violations at CKE Restaurants during Puzder’s tenure. Surveys from hundreds of CKE employees reveal that women working at CKE reported more than 1.5 times the rate of sexual harassment as reported for the industry overall.

“The choice of Andrew Puzder for secretary of labor is a dangerous one for this country’s working families,” said Sriram Madhusoodanan, Value Meal campaign director at Corporate Accountability International. “If President Trump truly wants to ‘drain the swamp’, why is he nominating people like Puzder, who have played an outsized role creating the swamp in the first place?”

“Across the country, millions of people are demanding real change when it comes to our food system and the people who work in it,” said Anna Lappé, founder of Real Food Media. “Our Department of Labor must reflect those people—not corporate bottom lines. It is unacceptable to nominate someone who has such a callous attitude to the struggles of working families to head the labor department.”

The organizations signed onto the letter represent a broad cross-section of the food and labor movement, uniting groups like the Union of Concerned Scientists, Earthjustice, the Coalition of Immokalee Workers and the Workers’ Center of Central New York, among many others. The unprecedented nature of this coalition underscores the unique threat Puzder faces to people advocating for environmental protection, workers’ rights and healthy food.