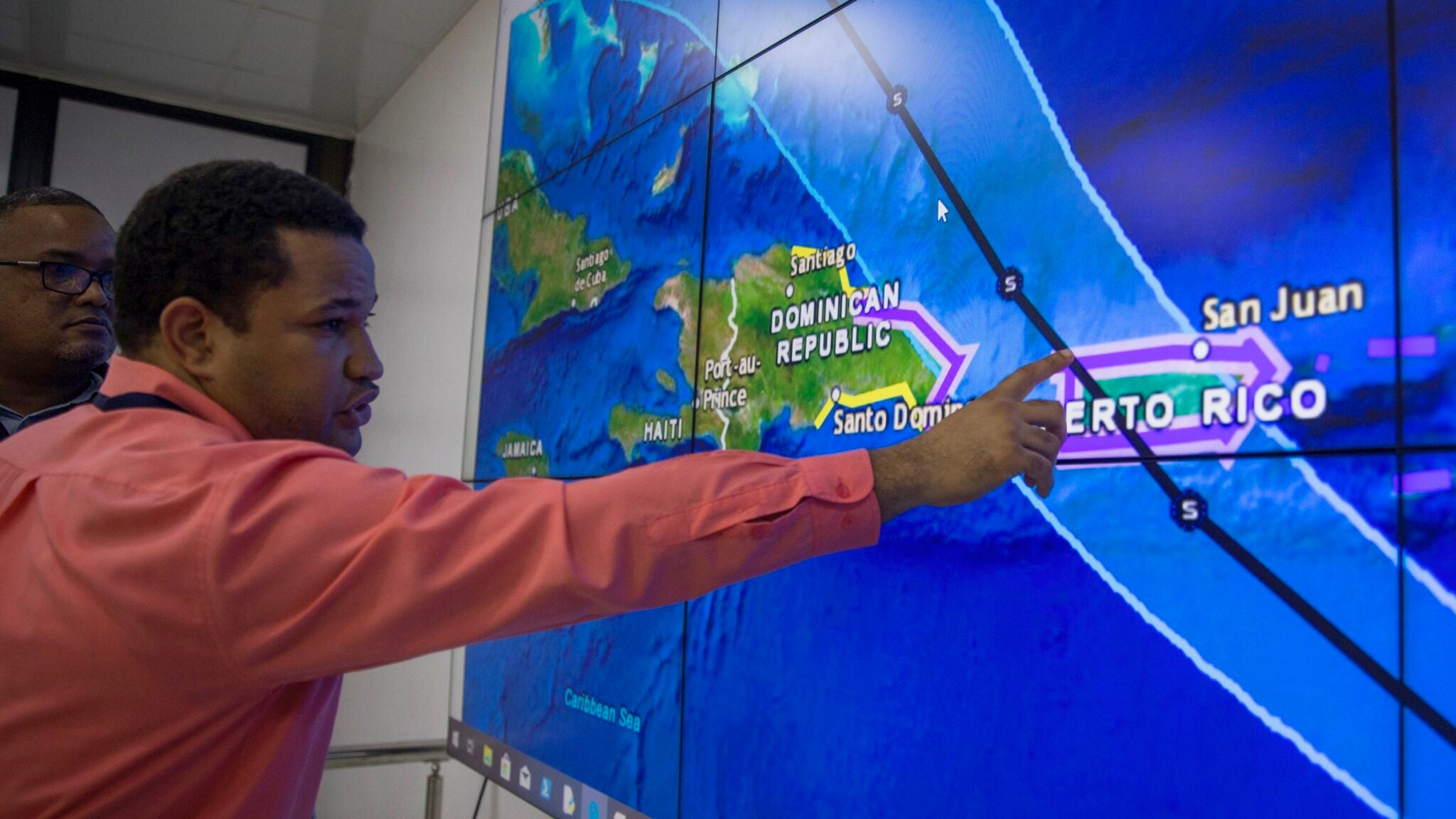 This visible satellite animation from NOAA’s #GOES16 shows #TropicalStormDorian moving closer to the #VirginIslands and #PuertoRico this morning. Get the latest @NHC_Atlantic update here: https://t.co/oMuv0mLHtC pic.twitter.com/3sDHWXKo5t

The storm is expected to reach the island at near hurricane strength Wednesday, CNN reported. In preparation, the governor declared a state of emergency Monday. President Trump also approved a request for a federal emergency declaration, which will enable federal agencies to coordinate relief, The New York Times reported.

“There’s already so much damage on the ground from (Maria) that this isn’t going to take a lot to make a significant amount of damage, especially flooding,” CNN meteorologist Chad Myers said. “Some of these power lines are not held up by very much—70 mph would bring them back down.”

Even if the winds don’t reach hurricane strength, the storm could dump more than six inches of rain on the island, causing potentially severe flooding, The New York Times reported.

Puerto Rican authorities have worked to assure the island’s residents that they are prepared for the storm and have enough emergency supplies. The former governor, Ricardo A. Rosselló, was toppled by protests sparked partly by his inadequate response to Hurricane Maria, which killed nearly 3,000 people and left some parts of the island without power for up to 11 months. Current Gov. Wanda Vázquez only assumed power three weeks ago.

“I am confident that the people of Puerto Rico are prepared,” she said at a press conference reported by The New York Times. “We are going to move forward.”

The government has around 360 shelters ready with a capacity of 48,500, CNN reported. They have also prepared around 70 hospitals to deal with emergencies. But island residents are still nervous, and some are leaving the island ahead of the storm.

“I’m so insecure here with the power, the food, the security—so I’m leaving,” one person told CBS News.

Others stocked up on bottled water, as Krystle Rivera tweeted.

This is crazy! Ridiculous shouldn't there be some type of limite so everyone can get some #PuertoRico #water #crazy pic.twitter.com/aU5f9YLb6q

The Department of Homeland Security came under fire Tuesday for transferring more than 0 million from the Federal Emergency Management Agency disaster relief fund to temporary immigration courts on the southwest U.S. and Mexican border, The New York Times reported.

.@realDonaldTrump’s brazen theft of disaster relief funding to pay for an inhumane family incarceration plan is cruel — and doing so on the eve of hurricane season is stunningly reckless. https://t.co/7di5JQZP5K

In addition to striking Puerto Rico, Dorian could bring wind and rain to the eastern Dominican Republic and the Virgin Islands, according to The New York Times. It is also expected to make landfall as a category 1 hurricane on the east coast of Florida Saturday, CNN further reported.

“Based on the current track of Tropical Storm Dorian, all residents on the East Coast should prepare for impacts, including strong winds, heavy rain and flooding,” Florida Gov. Ron DeSantis said Tuesday, as CNN reported.