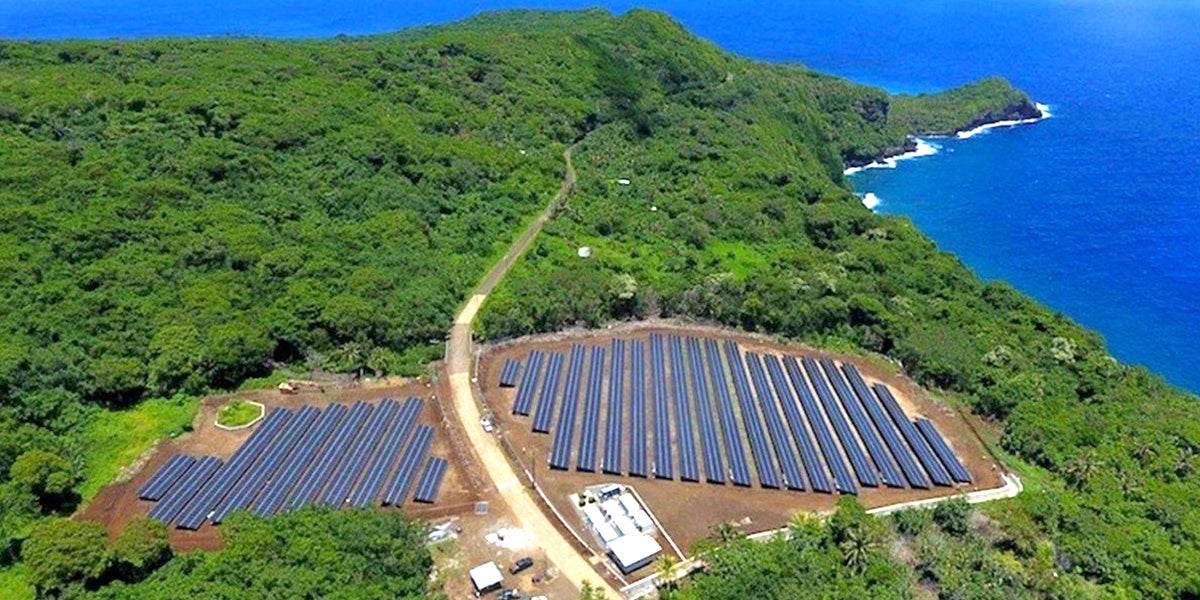 “Let’s talk,” the governor tweeted to Musk Thursday evening. “Do you want to show the world the power and scalability of your #TeslaTechnologies? PR could be that flagship project.”

Musk tweeted back that he would be “happy to talk.”

Puerto Rico is still struggling without power a week after Hurricane Maria devastated the island. Only 5.4 percent of citizens on the U.S. territory have electricity, the Department of Defense said Wednesday.

Rosselló also tweeted to the Tesla boss early Friday, “Let’s talk today; I will be in touch. I have no doubt #Teslasolar will work w/#PuertoRico to globally showcase the power of its technology.”

Ta’u, an island in American Samoa, runs nearly 100 percent on renewable energy because of Tesla’s solar and battery storage-enabled microgrid. The microgrid, which only took one year to build, features 1.4 megawatts of solar generation capacity (or 5,328 solar panels) and 6 megawatt hours of battery storage from 60 Tesla Powerpacks. An estimated 109,500 gallons of diesel will be offset per year. The company also built a 13 megawatt solar farm on the Hawaiian island of Kauai which includes nearly 300 Tesla Powerpack batteries, which provide 52 megawatt-hours of capacity and allows the farm to sell stored power during the evening.

Musk got the ball rolling Thursday morning with a tweet saying that his company could build a similar system for Puerto Rico but noted that the project would need the government’s support.

The Tesla team has done this for many smaller islands around the world, but there is no scalability limit, so it can be done for Puerto Rico too. Such a decision would be in the hands of the PR govt, PUC, any commercial stakeholders and, most importantly, the people of PR.

Tesla has already sent “hundreds” of its battery systems to be paired with solar systems to the U.S. territory as it tries to restore its badly damaged power grid.

Musk made an audacious bet to solve the Australian state’s energy woes by building a 100-megawatt battery storage farm. If the system is not operational in 100 days, the technology will be provided for free. Construction kicked off at the end of last month.