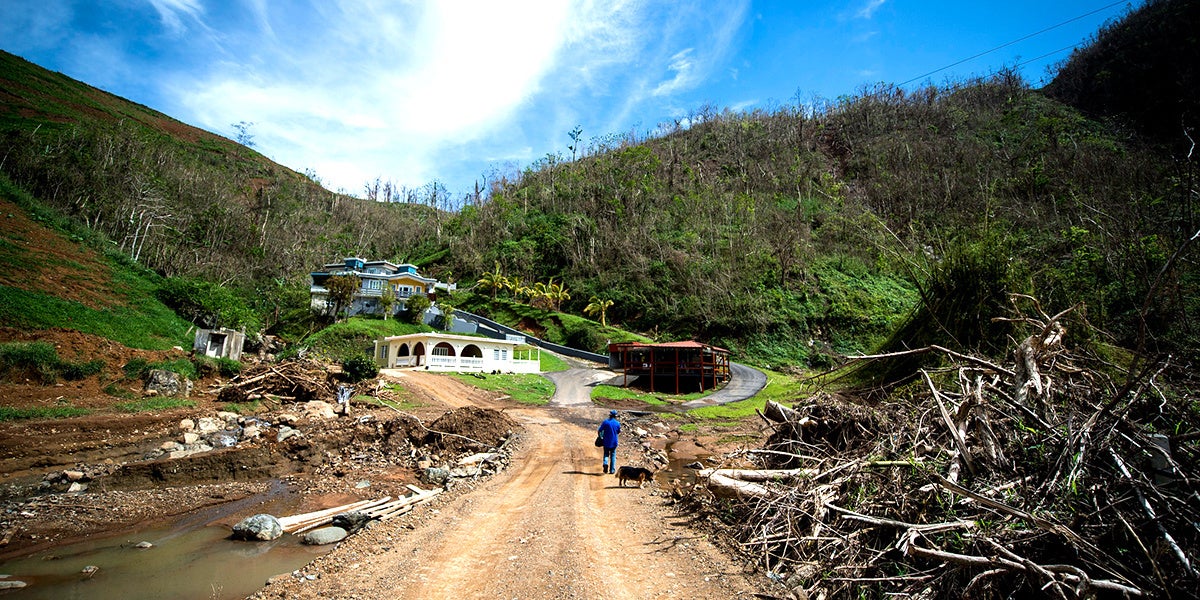 UPDATE: Since the release of NPR report and a flood of angry reactions from politicians, FEMA said it never intended to stop giving aid to Puerto Rico and will continue to hand out supplies for as long as necessary.

William Booher, an agency spokesman, told the New York Times that Wednesday was not the actual shut off date but rather an internal planning date to evaluate if the island could still justify needing assistance. Booher also told NPR that date “was mistakenly provided.”

“This aid is not stopping,” Booher told the Times. “There was no, and is no, current plan to stop providing these commodities, as long as there continues to be an identified need for them.”

“The reality is that we just need to look around. Supermarkets are open, and things are going back to normal,” Alejandro De La Campa, FEMA’s director in Puerto Rico, told
NPR. “If we’re giving free water and food, that means that families are not going to supermarkets to buy.”

“It is affecting the economy of Puerto Rico. So we need to create a balance. With the financial assistance we’re providing to families and the municipalities, they’re able to go back to the normal economy,” he added.

The remaining food and water supplies and its distribution will be turned over to the Puerto Rico Emergency Management Agency.

NPR reported that FEMA has distributed more than 30 million gallons of potable water and nearly 60 million meals to the island’s residents to date. The agency has also approved more than $500 million in Maria-related public assistance and disbursed an additional $3.2 million in unemployment aid to people whose jobs were affected by the storm.

However, parts of the U.S. territory have struggled to recover after the
Category 4 storm and want the federal aid to continue. A third of Puerto Rico is still without power. Hundreds of thousands of people still lack access to potable water.

In Morovis, a municipality with a median income less than $18,000 and where 51 percent live below the poverty line, 80 percent of residents are still without electricity, according to Mayor Carmen Maldonado.

“There are some municipalities that may not need the help anymore, because they’ve got nearly 100 percent of their energy and water back,” Maldonado told NPR. “Ours is not so lucky.”

“In municipalities like this one, where families are going out to work just to buy gas to run a generator, it becomes very hard,” the mayor continued. “Because money they would use to buy food they’re instead using to buy fuel.”

“This is all something that FEMA should contemplate before eliminating its delivery of these supplies.”

She tweeted, “This is the kind of indifference that must be stopped. Enough.”

This is the kind of indifference that must be stopped. Enough. https://t.co/kwxgvBS7qm @SenGillibrand @NydiaVelazquez @SenSanders @SenWarren

FEMA has clarified that it will still provide supplies to volunteer organizations and nonprofits in rural areas.

Eileen Lainez, FEMA’s deputy director of public affairs, tweeted on Tuesday: “Our support to Puerto Rico’s recovery continues. The commercial supply chain for food/water is available. However, @FEMA will continue to support documented needs that Puerto Rico identifies, & we’re providing supplies to voluntary agencies/nonprofits for those in rural areas.”