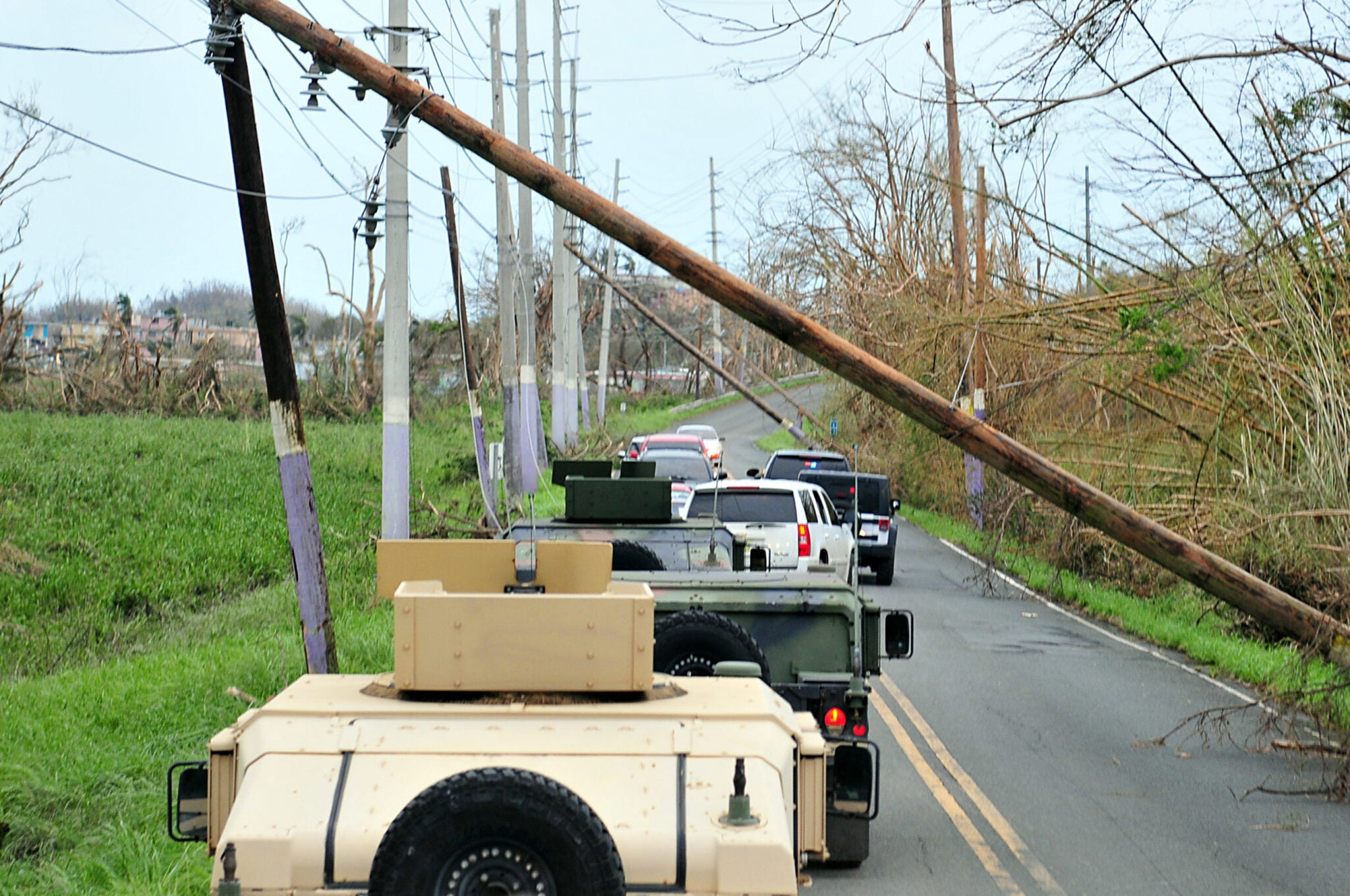 More than 80 percent of
Puerto Rico was once again left without power after a main north-south transmission line failed.

According to the Puerto Rico Electric Power Authority (PREPA), the island was left with only 18 percent power generation on Thursday. The capital San Juan and other major cities were plunged back into darkness.

As Vox
noted, the blackout was another reminder of the island’s painstaking recovery fifty days after Hurricane Maria struck. One resident said it was “hard not to feel discouraged” and called the massive power failure “one step forward and three steps back.”

But in a statement to
BuzzFeed News, the company denied culpability.

“None of the issues reported today with the outage have anything to do with the repairs Whitefish Energy performed,” spokesperson Brandon Smulyan said.

Indeed, as of Friday Morning, about 43 percent of capacity has returned.

“It was a mechanical issue on the line, could have happened at any line,” PREPA official Fernando Padilla explained. “It’s being patrolled and repaired by PREPA.”

The Sept. 20 Category 4
hurricane knocked out power throughout Puerto Rico leaving much of its 3.4 million residents without electricity.

The latest outage has extended the largest and longest blackout in American history and a reminder of Puerto Rico’s continued power woes.

As Peter Fox-Penne wrote for the Conversation, “Almost half its generation was from old, very expensive oil-fired plants, resulting in prices about 22 cents per kilowatt hour, among the highest in the U.S. The island has several solar photovoltaic farms but gets about 46 percent of its power from oil and only about 3 percent from solar.”

Resident Marianne Sanchez wrote on Instagram: “Sad to report that today, the little power that was already restored … collapsed. Once again the whole island is without power. Although it is expected to be restored late in the evening or tomorrow, this is a not too friendly reminder of how fragile our power system is.”