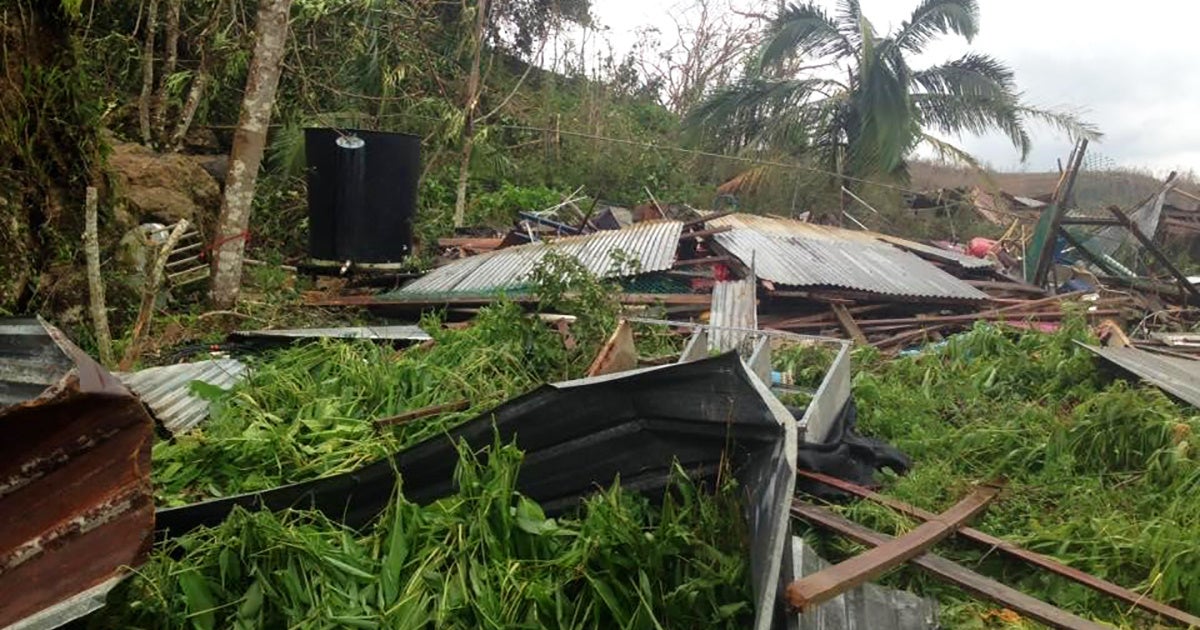 Houses without roofs and trees without leaves is all the eyes could see in the week following the devastation that Hurricane Maria wrought. The Category 5 storm with 150+ miles per hour winds was the strongest to hit the island in over a century, leaving the entire population without water and power. Weeks later 3 million people are still without electricity.

Up in the mountains, small-scale farmers lost their crops, and their ability to feed their families was abruptly leveled. La Organización Boricuá de Agricultura Ecológica (Boricuá) a grassroots organization of more than 100 families made up of small-scale farmers, farmworkers and organizers across Puerto Rico and the islands of Vieques & Culebra, continues working to communicate with their members in rural areas and to assess the damages. Boricua has made great progress in the last three decades to organize and support farmers, facilitate farmer-to-farmer trainings, and build solidarity nationally and globally. They are helping to fuel agroecology on the island, bringing locally grown, nutritious food to their communities and to market.

Eighty percent of the island’s crop value has been lost as a result of the hurricane. And photos and reports—directly from WhyHunger’s grassroots partners in Puerto Rico and according to other mainstream news outlets—show plantations stripped bare, greenhouses lying in pieces on the ground like a fallen house of cards, chicken coops scattered and banana trees uprooted. The implications for hunger and food insecurity might seem less dire when you consider that almost 85 percent of the food consumed in Puerto Rico is imported. Can’t food just be shipped and flown in for disaster relief while the regular distribution infrastructure is rebuilt—namely, grocery stores and other food purveyors? But it is not that simple. Immediate and short-term aid is sorely needed, but the long view suggests that a system that relies on corporations and mega farms to feed the island, largely controlled by and benefiting the U.S. mainland, is a system that will leave people and the land destitute again and again as predictably more frequent and powerful storms will make landfall on the island in the years ahead. 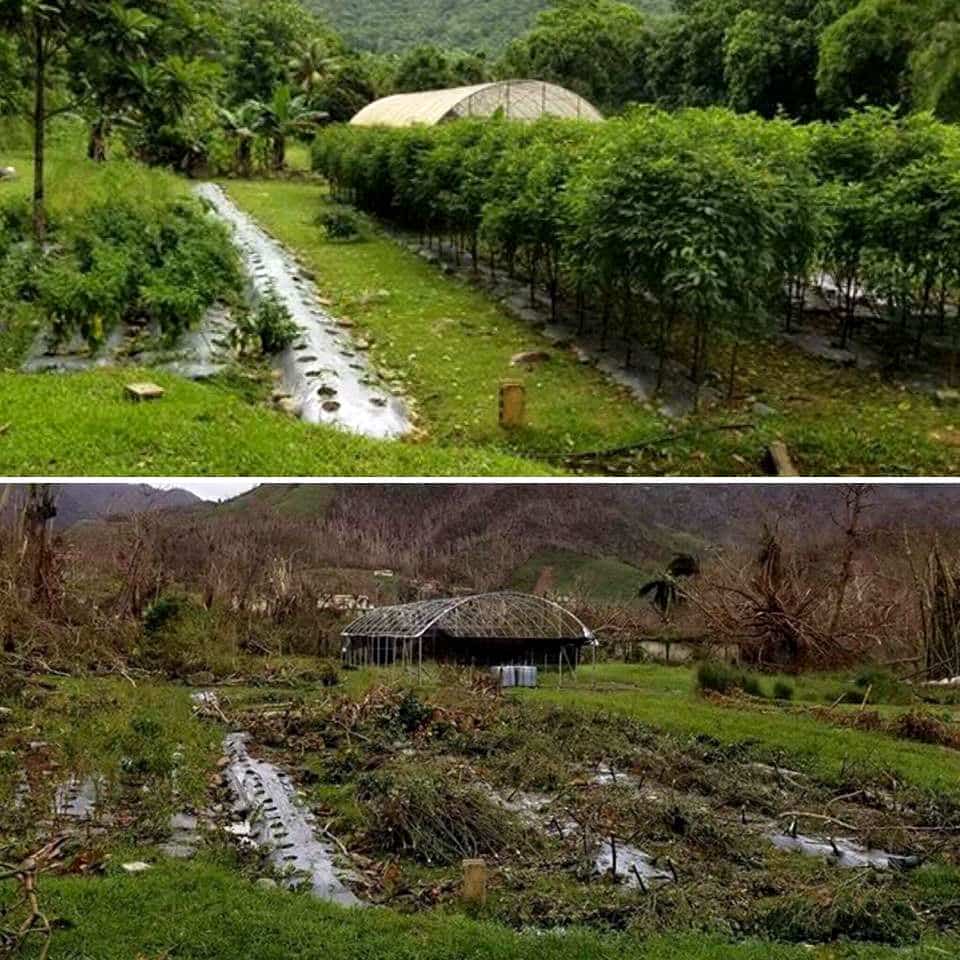 In addition to amplifying the need for food, medical help and clean water in the coming months, we also must amplify the need to advocate for climate justice and an end to political and economic policies that continue to hold the people of Puerto Rico hostage. Rebuilding systems that have failed the majority of the Puerto Rican people and its biodiversity does nothing to cultivate the resiliency needed to confront the escalating damage of climate change. Only small-scale farmers practicing agroecology can effectively and responsively feed communities and cool the planet.

The farmers of Boricuá and their work to spread agroecology are critical to the development of a food system that nourishes both people and the planet. Agroecological food production contributes to and relies on biodiversity in the local ecology—a key element in mitigating climate change while strengthening the resiliency necessary to withstand natural disasters. Rebuilding the infrastructure for local food production is essential to Boricuá’s on-going struggle for food sovereignty and their ability to build a sustainable food source into the future.

The social organization necessary to spread agroecology is a key part of the methodology. Boricuá has formed and used “brigades” or groups formed by farmers and community members over the last quarter of a century to spread the practice and philosophy of agroecology. This farmer-to-farmer solidarity practice is one of the main organizing tools the organization has used to mobilize dozens of farmers and volunteers to help each other within hours after the hurricane subsided. As the U.S. government drags their feet on humanitarian support, the brigades will play an especially critical role in rebuilding Puerto Rico’s food system from the ground up. WhyHunger has been working with Boricuá to make sure farmers have seeds, tools and food needed for the months ahead. Boricuá and WhyHunger are also raising funds for transportation and other expenses that the brigades will need to move between communities, carrying supplies and sharing knowledge.

Supporting Puerto Rico’s efforts to forge a future for food sovereignty means acknowledging and advocating for a reversal of the unjust and antiquated policies that have led to the debt crisis. For instance, the Jones Act, passed just after World War I, stipulates that shipping between U.S. ports be conducted with American-made ships staffed by American crews. This protectionist act was preventing foreign ships to deliver much needed humanitarian aid from foreign sources in the wake of Maria, before the Trump administration finally lifted the act for a ridiculously short period of 10 days. Repealing the Jones Act coupled with debt relief, which some economists estimate has prevented the growth of the Puerto Rican economy to the tune of some 17 billion dollars, is perhaps the island’s best chance at achieving food sovereignty and some level of economic wholeness.

That is why grassroots alliances and their partners and allies have come together to demand debt relief for Puerto Rico and a repeal of the Jones Act, with an ongoing petition. As the executive director of UpRose, Brooklyn’s oldest Latino organization founded by Puerto Rican activists in the Civil Rights era, Elizabeth Lampierre wrote on their blog: “In working closely with the Climate Justice Alliance and our partners, we have been in communication with grassroots leadership on the ground in Puerto Rico. At this critical time, the way that we support the Puerto Rican people must be shaped by the needs articulated by this local leadership. This means following their lead and supporting their platform, including putting the island on the path toward regenerative energy, economic democracy, food sovereignty, control over land use, and community autonomy.”

We know that natural disasters like Hurricane Maria are becoming more frequent as climate change proceeds unabated. And that’s why we need to support and amplify post-disaster rebuilding efforts in Puerto Rico and around the world that look to transform structures, practices and policies that promotes ecological biodiversity, environmental resilience and political sovereignty.

Join us and the Climate Justice Alliance in solidarity with the people of Puerto Rico and demand Congress pass an immediate substantial federal Just Recovery and Relief Aid Package.