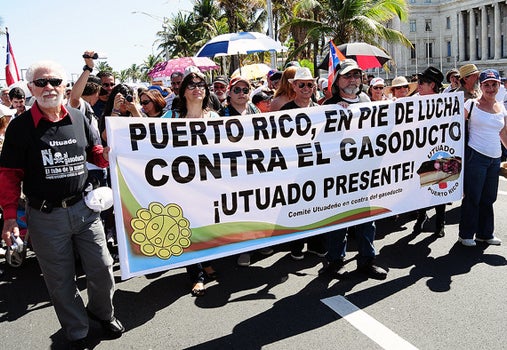 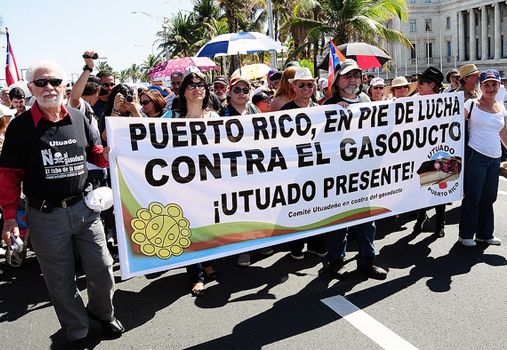 According to Free Speech Radio News, in Puerto Rico, activists are set to march this weekend against the government’s plan to build a natural gas pipeline that would intersect the island. The government-run electric agency, called PREPA, or Puerto Rico Electric Power Authority, says the project would lower utility rates for residents and cut carbon emissions. But opponents of the project warn the 92-mile pipeline would cut through environmentally sensitive areas, threaten communities along the way and continue the island’s reliance on non-renewable resources.

This weekend in New York, a march is planned in solidarity with the protests taking place in Puerto Rico. Activists say they will meet at 26 Federal Plaza and make their way to the New York District US Army Corps of Engineers. The Corps of Engineers was forced to extend a 30-day comment period after failing to release a Spanish version of a draft environmental assessment in late 2011.

Click here to listen to an interview with Dr. Arturo Massol, a professor of biology at the University of Puerto Rico and spokesperson with Casa Pueblo, one of the organizations leading the protest this weekend.