Eco-Innovation or Eyesore? Public Urinals Cause Backlash in Paris 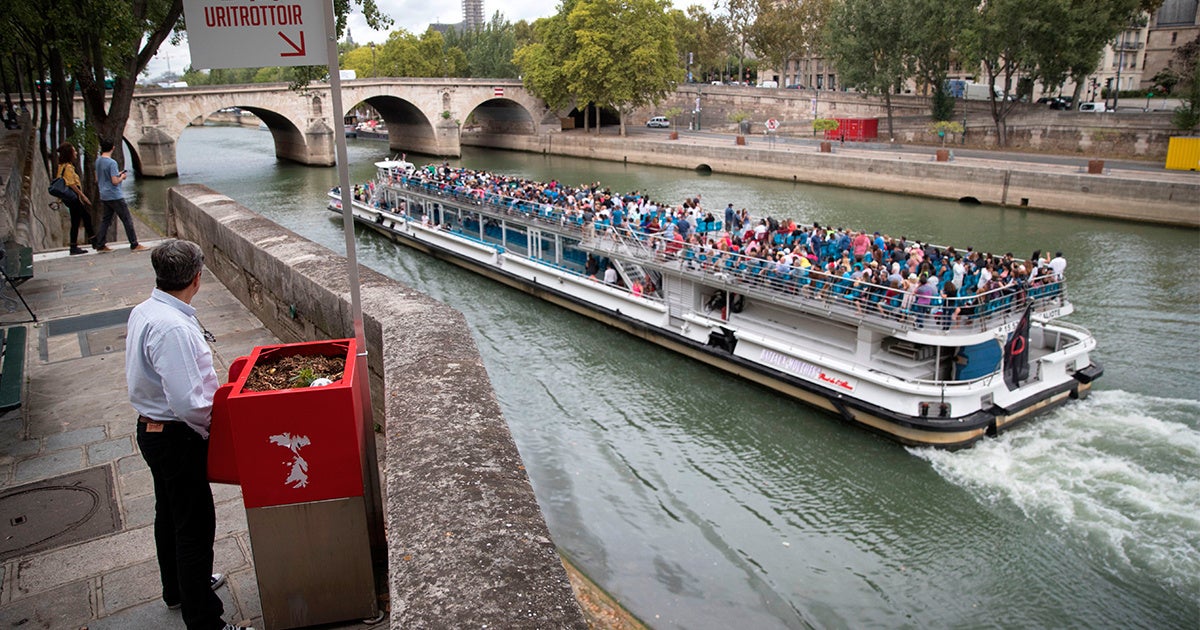 Bright red urinals designed to be an eco-friendly solution to the problem of public peeing have become a source of controversy in Paris, CNN reported Tuesday.

The urinals are located in flower boxes and use straw to eliminate odor. The urine is then used to fertilize the plants in parks and gardens.

City officials said in a statement that a year’s worth of pee from a single person has enough nitrogen, phosphorous and potassium to fertilize 400 square meters (approximately 478.4 square yards) of wheat.

But for residents of the Ile Saint-Louis, where one such urinal overlooks the Seine not far from the Notre Dame cathedral, the urinal’s environmental benefits don’t make up for the way it pollutes their island’s iconic scenery.

Opponents have written a letter to the town hall demanding the urinal be removed, Reuters reported.

“There’s no need to put something so immodest and ugly in such an historic spot,” 68-year-old Venetian art store owner Paola Pellizzari told Reuters. “It’s beside the most beautiful townhouse on the island, the Hotel de Lauzun, where Baudelaire lived,” she said.

Ariel Weil, the mayor of the fourth district of Paris where the offending urinal is located, defended its necessity.

“If we don’t do anything, then men are just going to pee in the streets,” he said, according to Reuters. “If it is really bothering people, we will find another location.”

There are currently four of these Uritrottoirs, a portmanteau of the French words for peeing and pavement, in locations around the city where public peeing has become a problem. A fifth is planned to join them.

“I think installing a urinal in the streets of Paris for those who don’t respect their surroundings is a good idea, but in my opinion, this model is not attractive at all, and where it’s been set up is not appropriate at all,” one man said, according to CNN.

There is also a gendered component to the disappearance of public urinals, and their reappearance now.

However, when women began to enter the workforce, exposed urinals began to be replaced with enclosed stalls.

“They have been installed on a sexist proposition: men cannot control themselves (from the bladder point of view) and so all of society has to adapt,” Coipeault told Reuters. “The public space must be transformed to cause them minimum discomfort.”

But for Morris, the problem was not that men had too many public peeing options, but that women still had too few, even after the spread of enclosed stalls. “The trouble today is the inequality for women,” he told CNN.