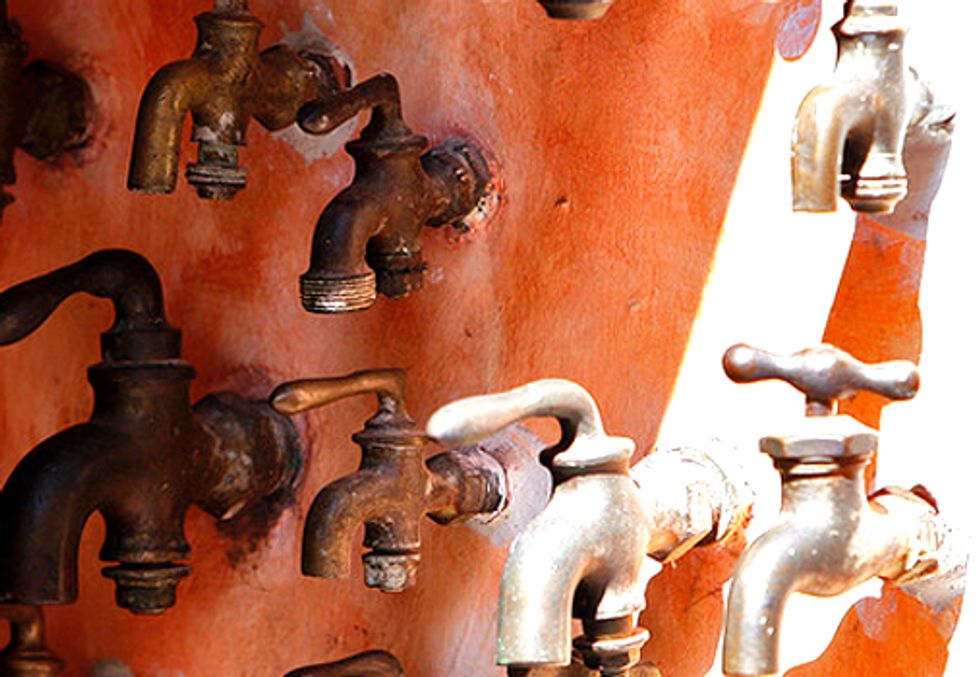 Solving the tragedy of almost 900 million people around the globe lacking access to safe water, and 2.6 billion lacking access to sanitation requires innovative solutions to fixing inadequate and underfunded infrastructure. A new report released on Feb. 28 by the national consumer advocacy group Food & Water Watch highlights how public-public partnerships have successfully and inexpensively provided these critical resources to communities around the globe. Public-Public Partnerships: An Alternative Model to Leverage the Capacity of Municipal Water Utilities, shows that municipalities can forge partnerships with one another to efficiently deliver drinking water and wastewater service while ensuring that these resources are kept under public control.

“All too often, communities that cannot afford to maintain their own drinking and wastewater systems are forced to sell or lease them to private entities, which often provide subpar service at higher rates,” said Food & Water Watch Executive Director Wenonah Hauter. “Public-public partnerships allow communities to avoid the woes associated with privatized service and ensure that essential drinking water supplies and sewer systems stay in the public’s hands.”

Under a public-public partnership, two or more water utilities or non-governmental organizations pool resources, buying power and technical expertise. Such partnerships provide the same advantage that a private utility could deliver without the workforce reductions, poor customer service, rate increases and service interruptions that private utilities are notorious for. Because such partnerships do not involve investors who expect a cut of the savings, efficiencies generated are reinvested into the system, not shareholder bank accounts.

“Privatization has failed consumers in the United States and around the world,” said Donald Cohen, chair of In the Public Interest. “Public-public partnerships have proven a superior model of delivering essential resources such as water and sanitation to consumers because they don’t rely on the help of an entity purely motivated by profits.”

“Public-Public Partnerships build on the public sector’s rich legacy of cooperation, common sense and dedication to meeting basic needs,” said Sean Sweeney, director of the Cornell Global Labor Institute. “These principles are the foundation stones of a truly sustainable economy. It is a future waiting to be realized.”

Public-public partnerships can be successfully implemented on a variety of scales—within nations, across national boundaries and between industrialized nations and developing ones. Some examples include:

For communities in the developing world, these partnerships can serve as the foundation for sustainable economic development. Partnerships between water systems in industrialized nations and those in developing countries can improve water quality and allow parties to share best practices. Industrialized countries can provide management and technical expertise in these cases while ensuring that costs are kept low for consumers. This model has been particularly successful in Africa, where more than half a dozen cross-border utility partnerships have been forged since 1987.

“Tight economic times often mean that communities have a hard time maintaining their drinking water and sanitation systems, and they have often resorted to leasing or selling these assets to private entities in order to make ends meet. But privatization has already proven to be a failure. Public-public partnerships are a cheap, efficient method of providing essential drinking water and wastewater services. Governments around the globe should implement policies to facilitate them,” concluded Hauter.

Public-Public Partnerships: An Alternative Model to Leverage the Capacity of Municipal Water Utilities is available by clicking here.