Public Pressure on the Rise Against Nuclear Power 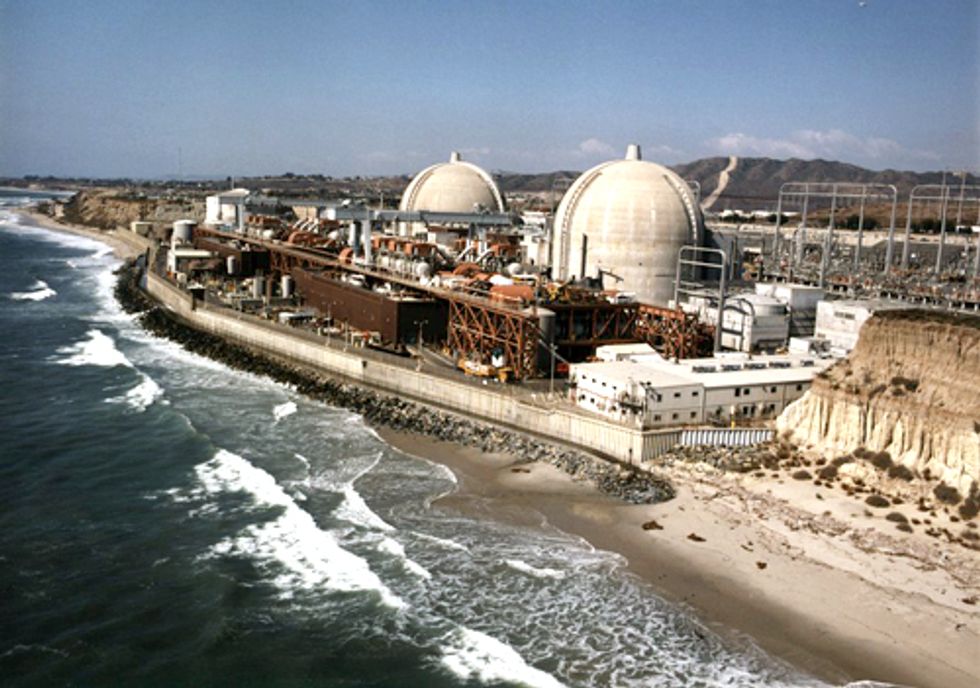 At a cost of some $770 million, Southern California Edison (SCE) and its partners installed faulty steam generators at San Onofre Units 2 and 3 that have failed and leaked.

Those reactors have been been shut since January, 2012 (similar defects doomed Unit 1 in 1992).

They've generated zero electricity, but SCE and its partners have billed ratepayers over a billion dollars for them.

SCE wants San Onofre reopened by June 1. The idea is to experiment with Unit 2 at 70 percent of full power for five months, despite widespread concerns that the defective generators will fail again.

That would require a license amendment, about which the NRC staff has asked Edison 32 key preliminary questions. But there’s been no official, adjudicated public hearing on Edison’s response.

On April 9, Sen. Barbara Boxer (D-CA) and Rep. Ed Markey (D-MA) asked the NRC to keep Unit 2 shut until the safety issues can be fully vetted.

Boxer chairs the powerful Senate Committee on the Environment and Public Works, which oversees the NRC. Markey is ranking Democrat on the House Energy and Commerce Committee, and is the current front-runner to fill John Kerry’s vacated Senate seat.

Their letter to NRC Chair Allison Macfarlane says, San Onofre must not re-open without a "comprehensive investigation" and "full opportunity for public participation." Utility efforts to "shortcut the license amendment process,” they say, “would put public safety at risk."

SCE's backdoor dodge "was made despite evidence showing that there could be a significant hazard from the operation of the deficient steam generators." That, in turn, "would fall far short of the kind of consideration the 8 million people who live within 50 miles of San Onofre deserve."

Boxer and Markey asked the NRC to respond by 4 p.m. April 10. Instead, the Commission staff publicly issued a “no significant hazard” ruling that would speed the re-licensing process—a precise renunciation of the Boxer/Markey concerns.

Boxer said, the ruling was “dangerous and premature," especially since “the damaged plant is located in an area at risk of earthquake and tsunami.”

She added, "It makes absolutely no sense to even consider taking any steps to reopen San Onofre until these investigations look into every aspect of reopening the plant given the failure of tubes that carry radioactive water.”

The Commission has made some preliminary recommendations in response to Fukushima, including a call for new filters, which the industry has resisted. But it’s at least two years away from issuing new regulations based on lessons learned. Former NRC Chair Greg Jaszco has criticized the industry for failing to respond to Fukushima’s warnings. The Commission, he says, is “just rolling the dice” on public safety.

Jaszco’s concerns were mirrored in a report issued April 9 by the GAO warning that there were deep flaws in plans for evacuating southern California should San Onofre actually blow.

Mirroring widespread anger over soaring electric rates, Los Angeles Times columnist Michael Hiltzik warned that ratepayers were tired of getting “the shaft” at San Onofre by being forced to pay Edison millions “for services not rendered.”

The escalated San Onofre uproar comes with the double-shorting of a critical Fukushima cooling system prompted by a hungry (now fried) rodent that ate through some cable insulation. The power outage threatened a Unit Four spent fuel pool laden with hundreds of tons of immeasurably dangerous rods.

The system crashed again when the owners botched the installation of a rodent protection system. They've further confirmed major radioactive leakage from at least three of five tanks holding Fukushima's millions of gallons of contaminated wastes.

A major equipment crash at Missouri's Calloway was preceded this week by an accident at Arkansas Nuclear One that killed at least one worker and injured at least seven others.

Once the atomic poster child, France is now exploring joining Germany in phasing out its expensive, decaying nuclear fleet for a massive new commitment to renewables.

Edison is fighting off installing wind or solar generators, hoping to keep the public paying for its failures at San Onofre.

But for SCE and the NRC to flat-out ignore Congressionals as powerful as Boxer and Markey may indicate how desperately they want San Onofre paid for by the public.

SCE warns of power shortages this summer, but San Onofre was off-line last summer without major impact. SCE wants the public to continue to pay for these nukes, faulty generators and all. But if they're down another summer, the odds against them ever reopening will jump.

Two other U.S. reactors—Kewaunee in Wisconsin and Florida's Crystal River—will soon shut forever. Public pressure on New York's Indian Point, Oyster Creek in New Jersey and Vermont Yankee could drive the number of U.S. reactors under 100 this year for the first time in decades.

Boxer (202-224-3553) and Markey (202-225-2836) are now being asked to hold those adjudicated public hearings in southern California, and to investigate the GAO'S findings on evacuation, before any new license is granted at San Onofre.

Rising anger over a dangerous restart and more billions flowing into utility pockets guarantees that this fight will continue to escalate. Edison and the NRC seem willing to ignore the public's demands and those of Sen. Boxer and Rep. Markey. But they now face an ever-angrier public upheaval.

The potential restart of San Onofre still hangs in the balance. But the magnitude of the confrontation has taken a significant leap.