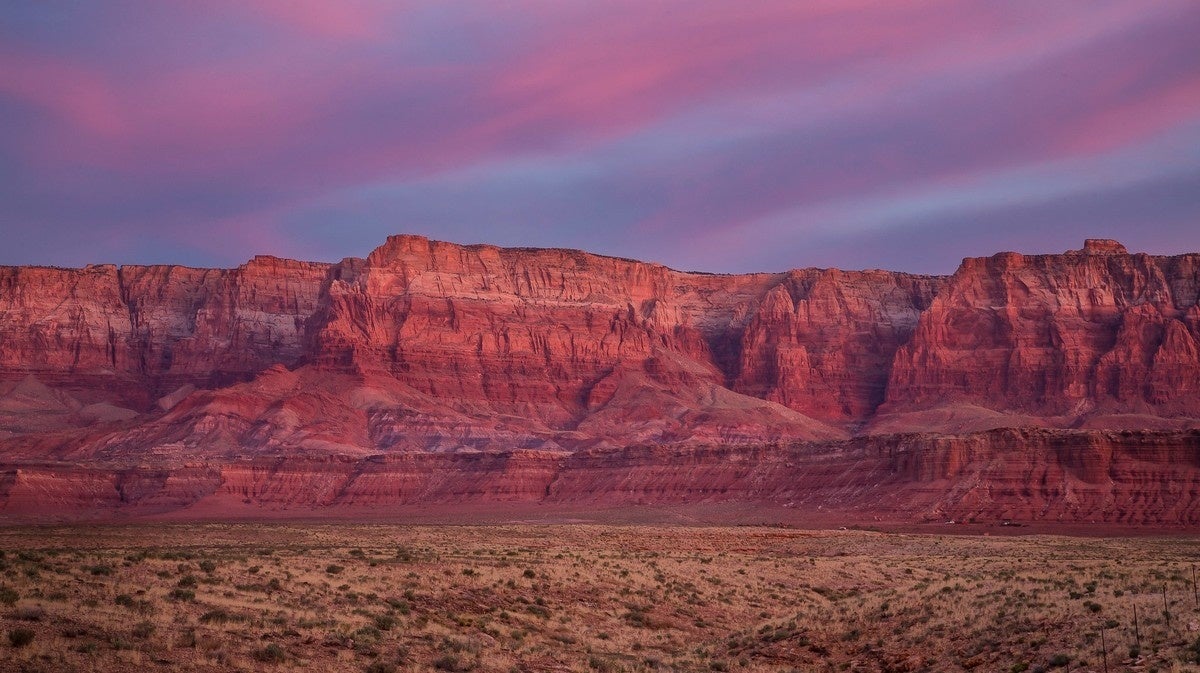 Vermilion Cliffs National Monument in Arizona is among the public lands which could be threatened by the appointment of William Perry Pendley. Bureau of Land Management

Control over nearly 250 million acres of public lands was placed Monday in the hands of a former Reagan administration official who has argued that all federal lands should be sold to fossil fuel and other corporate interests in accordance with the goals of the signers of the Declaration of Independence.

Interior Secretary David Bernhardt appointed attorney William Perry Pendley as acting head of the Bureau of Land Management (BLM), sending fears throughout conservation groups that many of the country’s minerals and resources will soon be handed over to oil and gas companies.

Pendley wrote in 2016 that “the Founding Fathers intended all lands owned by the federal government to be sold,” and as recently as this month he lauded fossil fuel extraction as an “energy, economic, and environmental miracle.”

Pendley’s appointment comes on the heels of the Interior Department’s decision to spread the BLM’s Washington, DC-based headquarters across a number of western states, a move which critics say is aimed at giving the agency less control over federal decision-making about federal lands.

The news of Pendley “ascending to the top of BLM just as it is being reorganized strongly suggests the administration is positioning itself to liquidate our shared public lands,” Phil Hanceford, conservation director for The Wilderness Society, told the Associated Press.

During his tenure in the Interior Department during the Reagan administration, the Western Values Project noted in a statement, Pendley frequently called for a repeal of the Antiquities Act, which preserves archeological sites, historic structures, and cultural landscapes across the country.

Under the Trump administration, Pendley has been critical of the Interior Department’s shrinking of Bears Ears and Grand Escalante National Monuments — because he feels the president has not been aggressive enough in offering the public lands for what he views as their sole purposes: “ranching, mile, oil and gas, or energy activities,” according to a 2016 interview.

“We now have someone in charge of the BLM who would prefer to sell those places off rather than doing the job of caring for them on behalf of all Americans,” said Kayje Booker, policy and advocacy director for Montana Wilderness Association, in a statement.

Upon learning of Pendley’s appointment, the environmental law group Earthjustice called on the incoming BLM chief to recuse himself from any decision-making regarding one area in Montana, regarding which the group said he has a conflict of interest.

Pendley’s former legal client, Solenex, lost its oil and gas lease for the Badger-Two Medicine area in Montana in 2016 when BLM canceled the agreement.

The lease for the area, near Glacier National Park and the Blackfeet Nation reservation, was reinstated by a district judge last year and Earthjustice is currently fighting that decision in an appeals court.

Pendley has “moved from one side of the case to the other, and he’s obviously in a position to influence BLM’s decision making regarding this important case and that’s totally inappropriate,” Preso said. “There’s a huge conflict of interest there.”

“It’s hard to imagine anyone in this position more dangerous than William Perry Pendley,” said Booker.