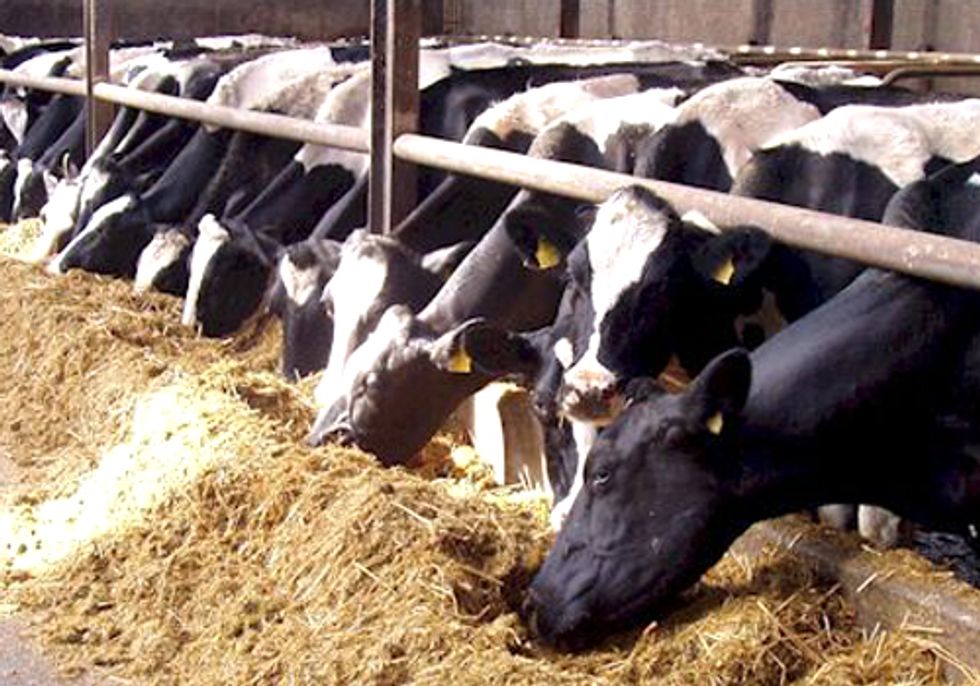 The Center for Food Safety, Environmental Integrity Project, Center on Race, Poverty & the Environment, Sierra Club and others submitted recommendations to the U.S. Environmental Protection Agency (EPA) on June 12, commending its first step towards measuring and regulating air pollution from factory farms, and suggesting improvements to make those measurements more accurate and more protective of public health and quality of life in rural areas.

The draft measurement tools, referred to as “Emissions Estimating Methodologies,” are EPA’s first attempt to estimate the quantities of toxic gases—including ammonia, hydrogen sulfide, particulates and volatile organic compounds—emitted by large livestock operations. EPA based the methodologies on an industry-sponsored study of 21 operations. The factory farm industry proposed the study in 2002, and EPA agreed to grant amnesty from enforcement of clean air laws to nearly 14,000 facilities in exchange for each facility’s contribution to study costs and agreement to participate in the study if selected. This first set of draft methodologies covers emissions from broiler houses and open waste pits at mega-dairy and hog operations.

Environmental Integrity Project Attorney Tarah Heinzen said: “Establishing estimates for factory farm air pollution is a step in the right direction to regulating air emissions to protect public health and the environment. In order to make this a truly effective reform, however, EPA must clarify that all factory farms—not only those that signed up for EPA’s sweetheart deal in 2005—will be required to report emissions estimates and comply with clean air laws without further delay.”

The draft methodologies for the broiler chicken sector indicate that a typical facility with at least 4 chicken houses will exceed the 100 pound per day reporting threshold for ammonia, a requirement that would likely apply to hundreds of facilities in the Chesapeake Bay watershed. In addition to providing data and reducing health impacts, the estimates will help EPA measure and reduce ammonia emissions that re-deposit into waterways—a major source of nitrogen pollution in the Chesapeake Bay and other critical water resources.

Despite the small scale of EPA’s emissions study, the agency has refused to consider other peer-reviewed data. “EPA agreed to consider all relevant information in drafting the EEMs, and it has not,” said Elisabeth Holmes, attorney for the Center for Food Safety. “By neglecting existing, reliable science, the government appears to be willfully ducking documentation that would improve the accuracy and usefulness of its emissions estimates, benefiting public health and the environment. EPA can do better.”

The groups also expressed concern over the complexity of the proposed methods, noting that factory farm operators will have to use the tools and report their own emissions. EPA’s Science Advisory Board established an expert committee to review the highly technical draft methodologies, but the report had not been finalized before the end of public comment. The environmental groups urged EPA to re-open the comment period once this information becomes available.