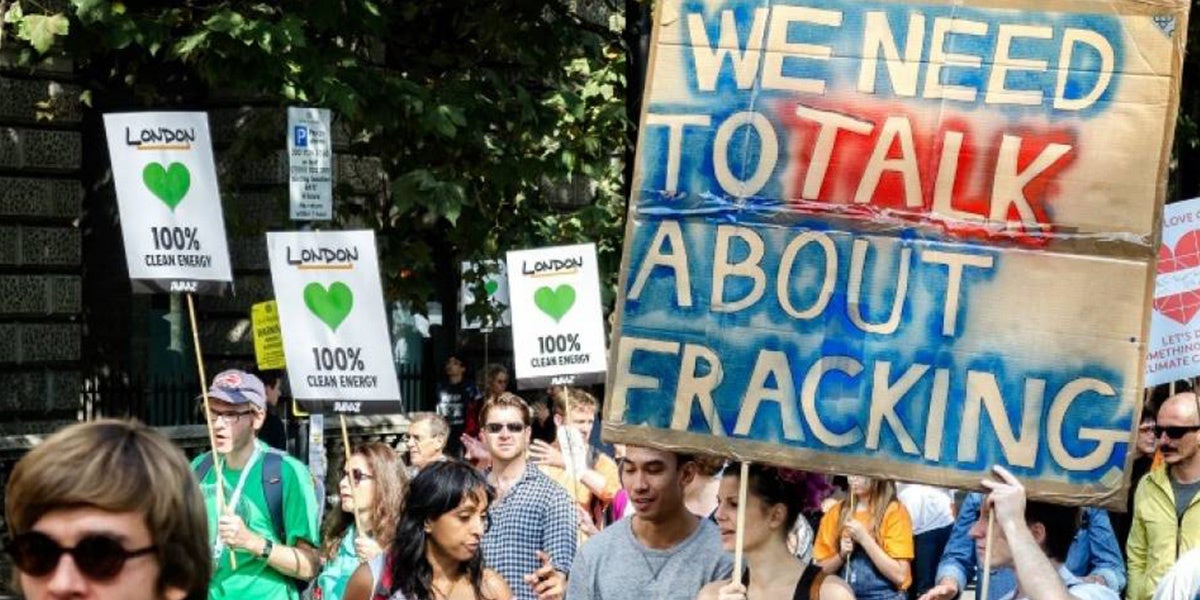 A team of researchers on Tuesday released a “blistering” report on the serious public health threats—from headaches to asthma to cancer—posed by hydraulic fracturing, or fracking, a process of injecting a mix of water and chemicals into rocks to release oil and natural gas.

The study—described as “the most authoritative” of its kind—was published by Concerned Health Professionals of New York and Physicians for Social Responsibility. Researchers found that “by several measures, evidence for fracking-related health problems is emerging across the United States and Canada.”

Looking to Pennsylvania—a hotbed for fracking—as an example, the report says that “as the number of gas wells increase in a community, so do rates of hospitalization, and community members experience sleep disturbance, headache, throat irritation, stress/anxiety, cough, shortness of breath, sinus, fatigue, wheezing and nausea.”

“Drilling and fracking operations are also correlated with increased rates of asthma, elevated motor vehicle fatalities, ambulance runs and emergency room visits and gonorrhea incidence,” according to the report, for which researchers analyzed thousands of journalistic investigations, government research and peer-reviewed scientific articles.

The report also notes that levels of benzene “in ambient air surrounding drilling and fracking operations are sufficient to elevate risks for future cancers in both workers and nearby residents,” and “animal studies show numerous threats to fertility and reproductive success from exposure to various concentrations of oil and gas chemicals, including at levels representative of those found in drinking water.”

Dr. Sandra Steingraber, one of the report’s co-authors and a biologist who has worked as a public health advocate, told Rolling Stone, “Fracking is the worst thing I’ve ever seen.”

“Those of us in the public health sector started to realize years ago that there were potential risks, then the industry rolled out faster than we could do our science,” she said. “Now we see those risks have turned into human harms and people are getting sick…. And we in this field have a moral imperative to raise the alarm.”

Climate activist and 350.org cofounder Bill McKibben said in a tweet that the new report serves as a powerful reminder that it’s not just the planet that experiences harmful consequences as a result of fracking:

Big new study reminds us that climate is not the only reason to fear #fracking: "Our examination…uncovered no evidence that fracking can be practiced in a manner that does not threaten human health."https://t.co/HpWnxyIVQe

This is the fifth edition of the Compendium of Scientific, Medical and Media Findings Demonstrating Risks and Harms of Fracking (Unconventional Gas and Oil Extraction), and the researchers note that “given the rapidly expanding body of evidence related to the harms and risks of unconventional oil and gas extraction, we plan to continue revising and updating the compendium approximately every year.”