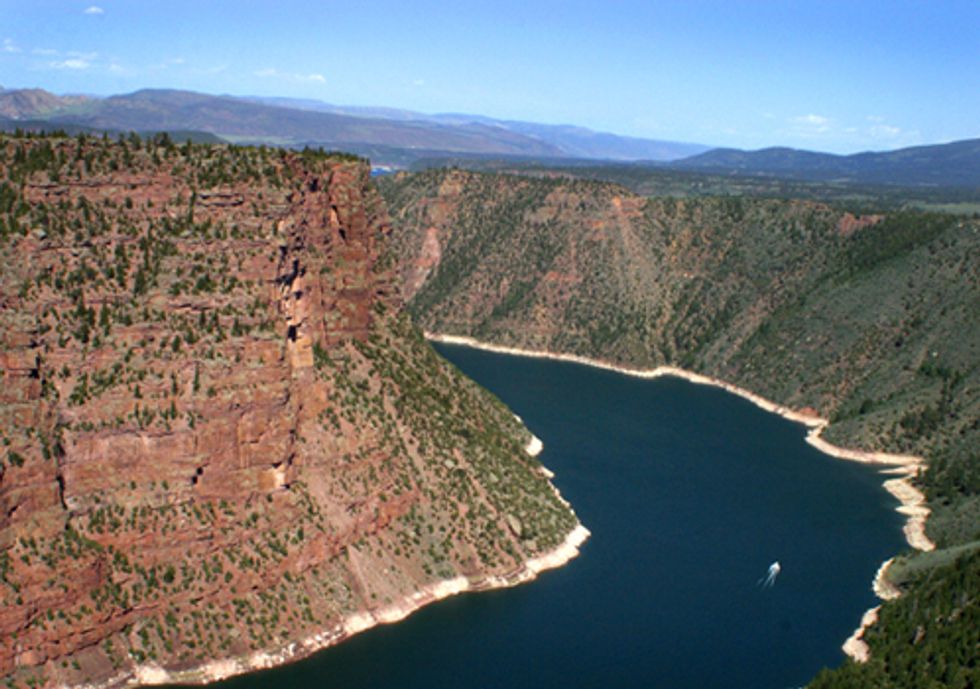 More than 5,000 public comments were sent to the Federal Energy Regulatory Commission this week opposing the proposed Flaming Gorge Pipeline, which would pump more than 250,000 acre-feet of water annually over 500 miles from Flaming Gorge Reservoir to Colorado’s Front Range. The project would suck massive amounts of water out of the Green and Colorado rivers in Utah, unleashing disastrous impacts on those river ecosystems, four species of endangered fish—the Colorado pikeminnow, humpback chub, razorback sucker and bonytail chub—and human communities dependent on those rivers. The commission is currently evaluating whether to grant a preliminary permit for the project.

This week’s public comments come on the heels of formal intervention in the commission’s process filed last week by the Colorado River Protection Coalition—a coalition of 10 conservation groups, including the center. The coalition asserts that the Flaming Gorge Pipeline is unlikely to be permitted because it would likely violate the Endangered Species Act and adversely affect four national wildlife refuges. Part of the project would be located in a U.S. Forest Service roadless area. The coalition also argued that the permit should be denied because the applicant, Wyco, failed to meet several requirements during a previous attempt at permitting a nearly identical project with the U.S. Army Corps of Engineers.

The new batch of comments this week came from online action alerts created by the Center for Biological Diversity and Earthjustice.

“The opposition to this project is amazing,” said McCrystie Adams of Earthjustice. “The pipeline would devastate the Green River and severely harm the Colorado River downstream—the public is strongly speaking out against this pipeline scheme.”

Wyco previously sought a permit for the pipeline from the U.S. Army Corps of Engineers. In July 2011 the Corps terminated its review of the project because Wyco missed multiple deadlines and did not provide information requested by the Corps. A few months later, Wyco redesigned the project to include some incidental hydropower components and requested review through the Federal Energy Regulatory Commission. Despite the modifications, the project remains an energy hog—at least nine air-polluting, natural gas-fired pumping stations would be required to pump the water uphill across Wyoming and over the Continental Divide. Wyco’s president has acknowledged that pumping the water uphill would use more energy than the project would create through hydropower.

Since its inception, the Flaming Gorge Pipeline has met with opposition in Colorado, Wyoming and Utah. The water would go to the Front Range of Colorado, which is projected to double in population in the next 50 years. Colorado is already a parched state with severely depleted rivers, while the majority of the water in Colorado’s cities is used to keep lawns green for three months in the hot, dry summer across sprawling suburban landscapes.

The coalition’s intervention comments can be downloaded here.