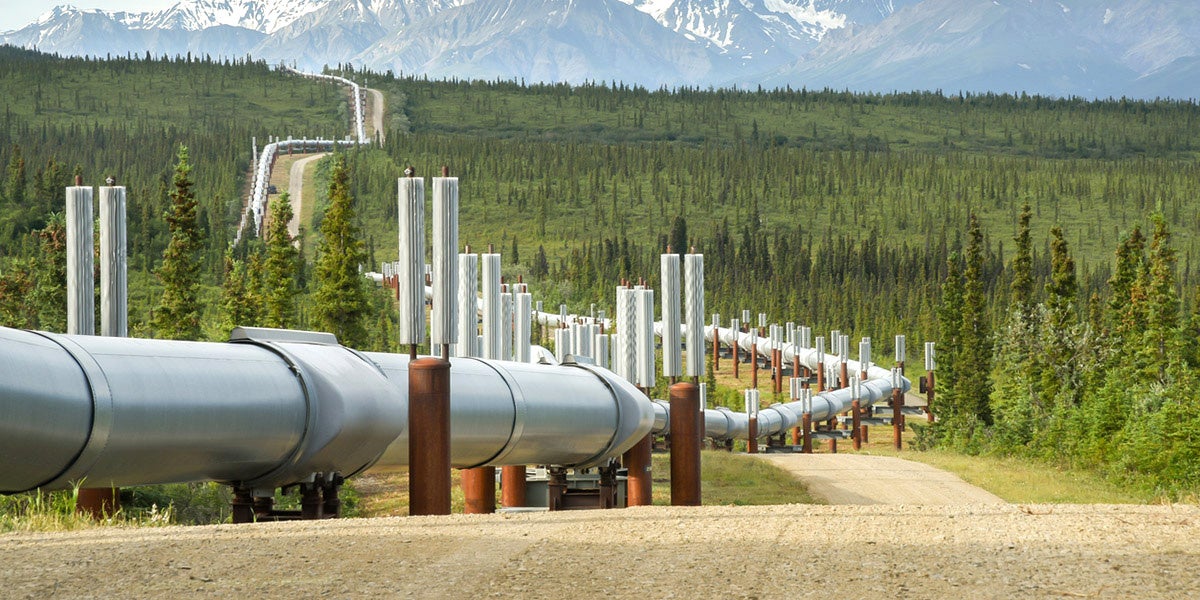 Republicans may be celebrating their great tax rip off they sneaked through last Friday night, which included the hugely disputed proposal of drilling of the Arctic National Wildlife Refuge (ANWR), but opening up America’s last true wilderness to oil exploitation is still far from certain.

Firstly, drilling in ANWR is deeply unpopular with the American public; secondly, it still has to get past the House, where some Republicans are opposed to opening up ANWR; thirdly, even oil industry consultants think drilling now is not economically sensible and fourthly any development will be fought tooth and nail in the courts.

All this means that any drilling is not going to happen any time soon. It is worth remembering that pro-drilling Republicans have tried more than 50 times to drill in ANWR already and they have failed.

Firstly, the American public are vehemently against the idea.

Monday, Yale University’s Program on Climate Change Communication released a new survey that found that 70 percent of voters oppose drilling in the refuge. Those strongly opposed outnumber those who strongly support the policy by more than 4 to 1. Despite the gleeful scenes late on Friday night by the Republican leadership, a mere 18 percent of Republican voters “strongly support” the policy.

Secondly, the first hurdle any bill would have to overcome would be the House.

Before the Senate vote, 12 Congressional Republicans sent a letter to the leaders of both houses of Congress, objecting the provision which would allow ANWR.

They wrote, in part: “Since the Refuge was originally set aside for the protection in 1960 by President Dwight Eisenhower, Republicans, Democrats and Independents alike have stood together to protect this unparalleled landscape.”

They continued: “For decades, Congress has voted to prohibit oil and gas development in the refuge, with the overwhelming support of the American public. Support for this protection remains strong today. After years of debate, the Arctic refuge stands as a symbol of our nation’s strong and enduring natural legacy.”

If Congress opened up the area to drilling, they warn, “the likelihood that lawsuits would accompany any development is high.”

Since the vote, some Republicans have gone public. Miami Rep. Carlos Curbelo is one of those who signed the letter and who is co-founder of the Climate Solutions Caucus, a bi-partisan group working to address climate change.

His spokesperson, Joanna Rodriguez, said in a statement that “Congressman Curbelo strongly believes the tax proposal is not the appropriate venue for addressing ANWR. He made that clear to House and Senate Leadership last week and will continue to work with his colleagues on both sides of the aisle on legislation that focuses on reforming our tax code and giving South Florida families the chance to keep more of their hard-earned paychecks, not a debate about Arctic drilling.”

As the Miami Herald noted: “The caucus includes 31 House Republicans, enough members to vote down a tax bill, since the GOP can only afford 22 No votes if all Democrats vote against the bill.”

Curbelo may already be feeling the pressure. Monday, the Herald reported that “a group of protesters from the Sunrise Movement, a climate change advocacy group, staged a protest in Curbelo’s office urging him to vote against a tax bill that ‘sells out the Arctic.'”

Sunrise Co-Founder Evan Web told the paper: “If Representative Curbelo, the founder of the Climate Solutions Caucus, is serious about stopping climate change, protecting the vulnerable people of his district in South Florida, and protecting the Arctic from drilling, he’ll vote ‘no’ on this Big Oil bailout of a tax bill.”

Thirdly, we come down to simple economics.

The bottom line is the oil price is too low and Arctic drilling too risky for any company to rush in now and the foreseeable future.

Outside magazine noted: “The strongest argument against drilling might be the numbers, because while Republicans have always wanted to drill in the refuge, doing so today makes about as little economic sense as it has in ANWR’s 57-year history.”

Big Oil always talks about ANWR being the “holy grail” of Arctic drilling that will bring untold riches, but the reality is likely to be very different. In October, a Center for American Progress analysis found that offering oil and gas leases in ANWR is likely to yield no more than $37.5 million in revenue for the U.S. Treasury over the next 10 years: short of the $1 billion to $1.8 billion that drilling proponents claim could be raised.

And then we come to the oil price. According to financial analysts who follow the energy industry, the average oil price at which drilling projects in the Arctic can break even is in the high seventies per barrel, much higher than the current average oil price of $57 per barrel.

The investment bankers, the ones likely to bankroll any drilling, think it’s a bad idea. Speaking earlier in the year, Goldman Sachs commodity expert, Michele Della Vigna, said “We think there is almost no rationale for Arctic exploration. Immensely complex, expensive projects like the Arctic we think can move too high on the cost curve to be economically doable.”

Even oil consultants question ANWR drilling too. “Any discoveries in ANWR would face significant obstacles before reaching first oil,” argued Alison Wolters, an analyst at the energy research firm, Wood Mackenzie. “Oil companies would have to decide if they think the opportunity is worth the potential delays and a lot of legal wrangling and back and forth with regulators.”

Jennifer Presley, the senior editor, Drilling Hart Energy, an oil and gas consultancy also recently outlined how: “Doing anything in Alaska requires very deep pockets, and we’re not talking about $6 gallons of milk or $4 loaves of bread. With oil markets settling out at about $50/bbl oil prices and breakevens hovering at or below $50/bbl, is now the best time to consider opening even a tiny sliver of ANWR for exploration and drilling when oil can be had for far cheaper prices in places closer to home like the Bakken Shale or Permian Basin.”

She added that “I find the current timing for such an opening suspect.”

Fourthly, as I pointed out Monday, the industry will be challenged every step of the way by scientists, environmentalists and First Nations.

Before the vote, 37 leading Arctic wildlife scientists sent a letter opposing drilling on the coastal plain Sen. Lisa Murkowski and Sen. Maria Cantwell, the Chair and Ranking Member respectively of the Senate Committee on Energy and Natural Resources.

The letter stated: “Based on our experience in the Arctic, we oppose oil exploration, development and production in the Arctic Refuge. Such activity would be incompatible with the purposes for which the refuge was established, including “to conserve fish and wildlife populations and habitats in their natural diversity.”

There is no doubt that, as the 12 Republicans outlined above, if drilling makes it through the House it will be challenged in the courts.

After the Senate vote, one of the co-signers, David Yarnold, called the provision to open up ANWR “simply shameful.”

Yarnold, who is also the president and CEO of the National Audubon Society, added “The Arctic refuge isn’t a bank—drilling there won’t pay for the tax cuts the Senate just passed. The American people don’t support drilling in the Arctic and it’s up to the House to reject this flawed bill.”

And if the House passes the bill, expect a whole host of lawyers to be very busy.