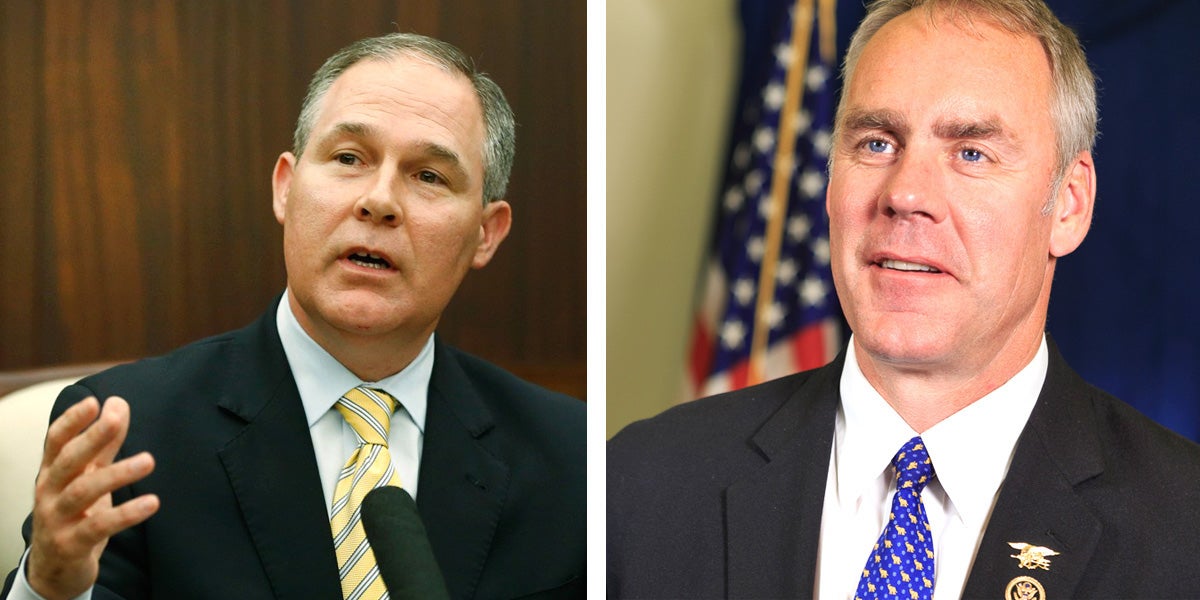 While Zinke is expected to have a relatively smooth path to getting the Interior Secretary job, he will probably face questions today around his various positions on federal lands—particularly the issues of transferring ownership to states and encouraging fossil fuel development on federal lands.

His muddled stance on climate science, numerous financial ties to the oil and gas industry, and financial irregularities in his Navy career may also get time in the spotlight.

“Senators have a duty to clear up Rep. Zinke’s confusing and, frankly, conflicting record,” Rhea Suh, president of the Natural Resources Defense Council, said. “He’s spoken against selling off public lands but backed a recent measure allowing just that. He’s supported land and water conservation efforts but also indiscriminate oil and gas extraction on public lands. He’s both acknowledged and questioned climate change. And he’s put polluters ahead of people after accepting hundreds of thousands of dollars in campaign contributions from the oil, gas and mining industries.”

Green groups and the fossil fuel industry have been prepping for weeks for an epic showdown over Pruitt’s controversial nomination, and Senate Democrats have indicated that they’re prepared to dig in their heels and block the climate denier from heading an agency he was once hell-bent on destroying.

Over the weekend, Pruitt’s numerous shady financial ties to the fossil fuel industry and other corporate interests grabbed the spotlight again, as several outlets highlighted the various ways that campaign contributions may have influenced his decisions as attorney general.

On Monday, 13 former heads of state environmental protection agencies sent a letter to the Senate Environment and Public Works Committee recommending they vote no on the nomination of Scott Pruitt to head the U.S. EPA.

“As former heads of state environmental protection agencies, we have had the honor—and the responsibility—of ensuring that our states’ residents enjoy clean air, safe water and access to conservation land. We write to express our views on the nomination of Scott Pruitt to be Administrator of the United States Environmental Protection Agency (EPA) —and thank the Committee for this opportunity.

“While we have worked under both Republican and Democratic Governors, reflect a range of political views, and come from diverse states, we share a common concern about Mr. Pruitt’s nomination. His record, particularly as a litigator against many EPA rules, causes us to question whether he appropriately respects science-based decision making, and understands the important role that EPA must play in the ‘cooperative federalism’ model that undergirds our nation’s environmental laws.”