Pruitt Gives Himself Final Say on Water Protections, But for How Long? 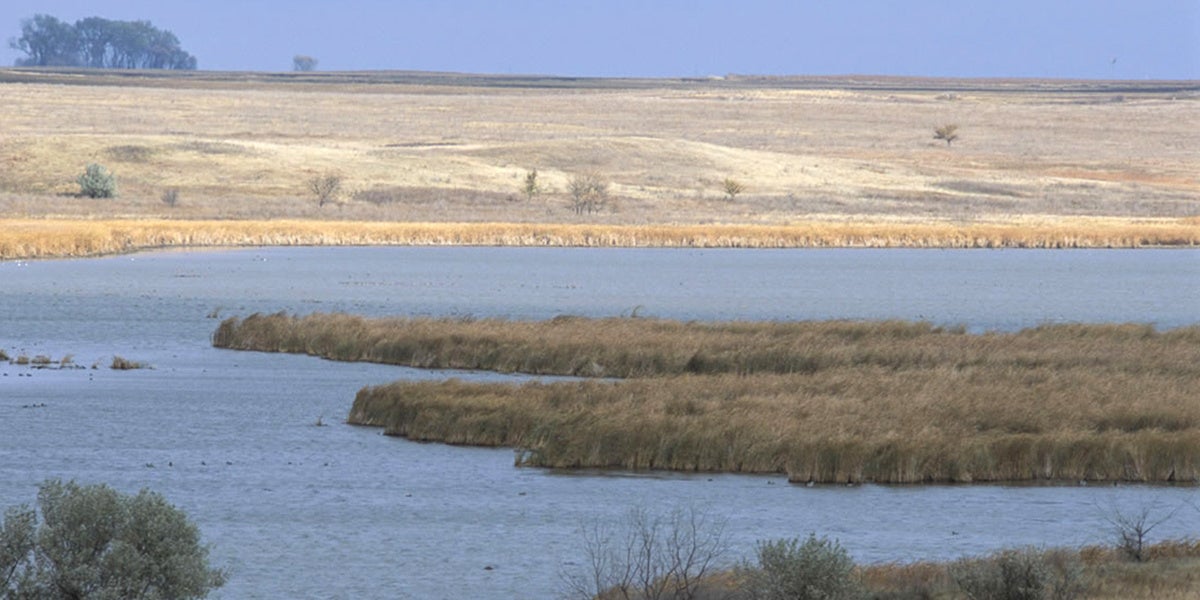 In a March 30 memo obtained by CNN and reported Wednesday, U.S. Environmental Protection Agency (EPA) Administrator Scott Pruitt told agency staff to give him the final say on whether transportation, development or industry projects threaten wetlands, ponds or streams.

The new policy would shift Clean Water Act deliberations away from regional EPA officials and scientists and towards Pruitt.

“With this revised delegation, authority previously delegated to regional administrators to make final determinations of geographic jurisdiction shall be retained by the Administrator,” the memo read in part.

However, it is possible Pruitt won’t have much of a chance to use his self-assigned powers as ethics scandals pile up.

Also on Wednesday, press secretary Sarah Huckabee Sanders said that President Donald Trump was “Not [OK]” with Pruitt’s arrangement with an energy lobbyist and his wife to rent a D.C. condo at below-market rates, CNN reported.

Sanders’ statement came a day after The Atlantic dug up fresh dirt on Pruitt: he had apparently used a provision of the Safe Drinking Water Act, which allows the EPA administrator to hire as many as 30 people without presidential or congressional approval, in order to give massive raises to two staffers who had traveled with Pruitt from Oklahoma. According to The Atlantic, Pruitt had first sought Trump’s approval for the raises and been refused.

In an interview with Fox News on Wednesday, Pruitt denied any knowledge of the raises, which totalled more than $80,000, CNN reported.

“I found out about that yesterday and I changed it,” Pruitt told Fox News.

The Independent reported Thursday that sources within the administration, who on Tuesday said Pruitt’s position was safe, were saying on Wednesday that the current situation was “unsustainable.”

However, in Sanders’ statement to the press on Wednesday, she did continue to offer praise for the work Pruitt has done at the EPA to further Trump’s agenda.

“The President thinks he is doing a good job, particularly on the deregulation front. But again, we take this seriously and we are looking into it,” Sanders said.

In an analysis piece published Wednesday, CNN-editor-at-large Chris Cillizza predicted that Trump was likely to fire Pruitt. He wrote that Trump’s approval for Pruitt’s deregulatory performance would be counterbalanced by the fact that “there’s nothing Trump hates more than negative press that he himself doesn’t cause.”

If U.S. waterways had fingers, they’d be crossing them for Cillizza to be right. If Pruitt survives his various scandals and holds on to his new Clean Water Act powers, it would allow him to give the go-ahead to polluting projects.

Kyla Bennett, the New England director of the group Public Employees for Environmental Responsibility that shared the Clean Water Act memo with CNN, laid out its implications in stark terms.

“This action subjects safeguards for clean water across the U.S. to filtration through one politician’s hands,” Bennett told CNN. “Every corporation that wants a pass on Clean Water Act compliance is invited to privately meet with the most user-friendly EPA administrator in history.”

Bennett said the move is a way to bypass legal scrutiny over Pruitt’s plan, announced last year, to restrict the definition of “waters of the United States” to be more favorable to industry.

“This latest move by Pruitt is his Plan B, as it is becoming increasingly clear that his Clean Water rewrite plan is illegal and will be tossed out in court,” Bennett told CNN.