Pruitt to Restrict Use of Scientific Data in EPA Policymaking 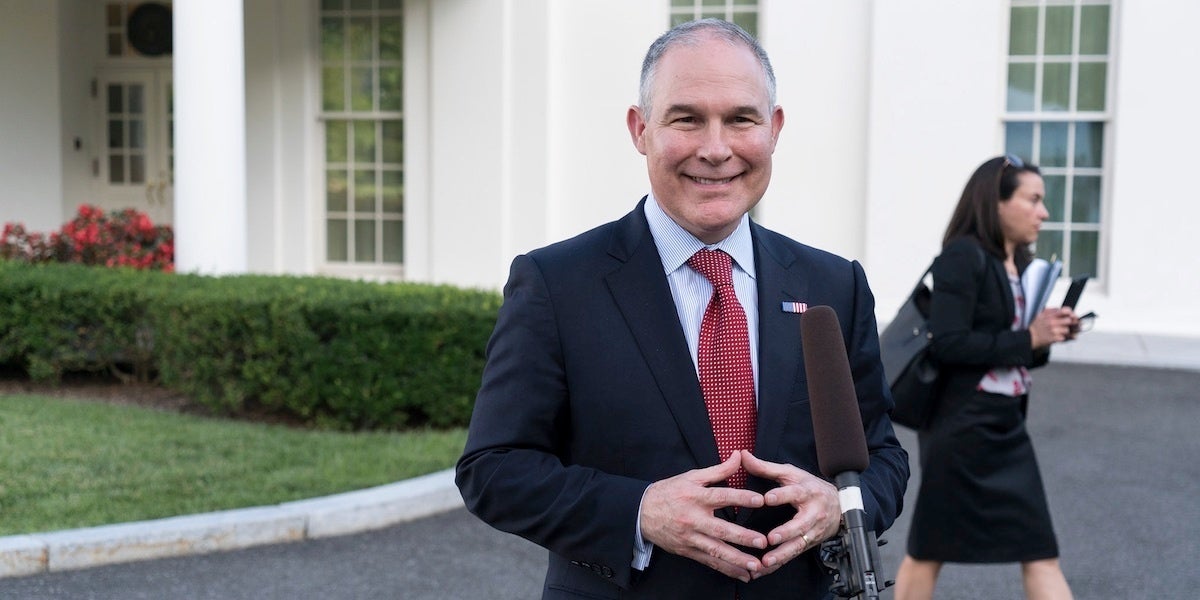 In the coming weeks, U.S. Environmental Protection Agency (EPA) Administrator Scott Pruitt is expected to announce a proposal that would limit the type of scientific studies and data the agency can use in crafting public health and environmental regulations.

The planned policy shift, first reported by
E&E News, would require the EPA to only use scientific findings whose data and methodologies are made public and can be replicated.

Smith’s legislation, which is widely criticized by scientific organizations, passed in the House last March but hasn’t left the Senate Environment And Public Works Committee.

Pruitt indicated at a closed-door meeting at the conservative Heritage Foundation last week that he would adopt elements of Smith’s stalled bill, E&E News reported.

Also, in a recent interview with
The Daily Caller, the EPA boss said his latest proposal was a transparency measure against what he and his Republican colleagues consider “secret science.”

“We need to make sure their data and methodology are published as part of the record,” Pruitt told the conservative news site. “Otherwise, it’s not transparent. It’s not objectively measured, and that’s important.”

Last year, the EPA head controversially announced a policy that would limit the presence of researchers who have received EPA research grants on the agency’s Scientific Advisory Board.

Those in opposition to Pruitt’s latest policy move say it would undermine the essential mission of the EPA.

Andrew Rosenberg, director of the Center for Science and Democracy at the
Union of Concerned Scientists, pointed out that the proposed changes would prohibit the use of personal health data such as private medial records, and confidential business information from even being considered in EPA policymaking.

“Companies could evade accountability for the pollution they create by declaring information about that pollution a ‘trade secret,'” Rosenberg said.

“Fortunately, this nonsensical and dangerous proposal has never been able to make it out of Congress, but Pruitt seems intent on imposing it anyway.”

Sierra Club Associate Director of Federal & Administrative Advocacy Matthew Gravatt said, “By limiting what studies can be used to help keep our air and water clean, our climate safe, and our homes free of toxic chemicals, Pruitt is trying to make it harder for the EPA to protect the health and safety of American families.”

On Tuesday, the Environmental Defense Fund (EDF) announced it filed a Freedom of Information Act request seeking documents that outline the details of this new policy and its development.

“By limiting what studies can be used to help keep us safe, this reported policy would make it harder for EPA to protect American families from pollution, toxic chemicals, and other threats. The result would be more serious health impacts—from asthma to cancer—for communities across the country,” said EDF Senior Attorney Martha Roberts.