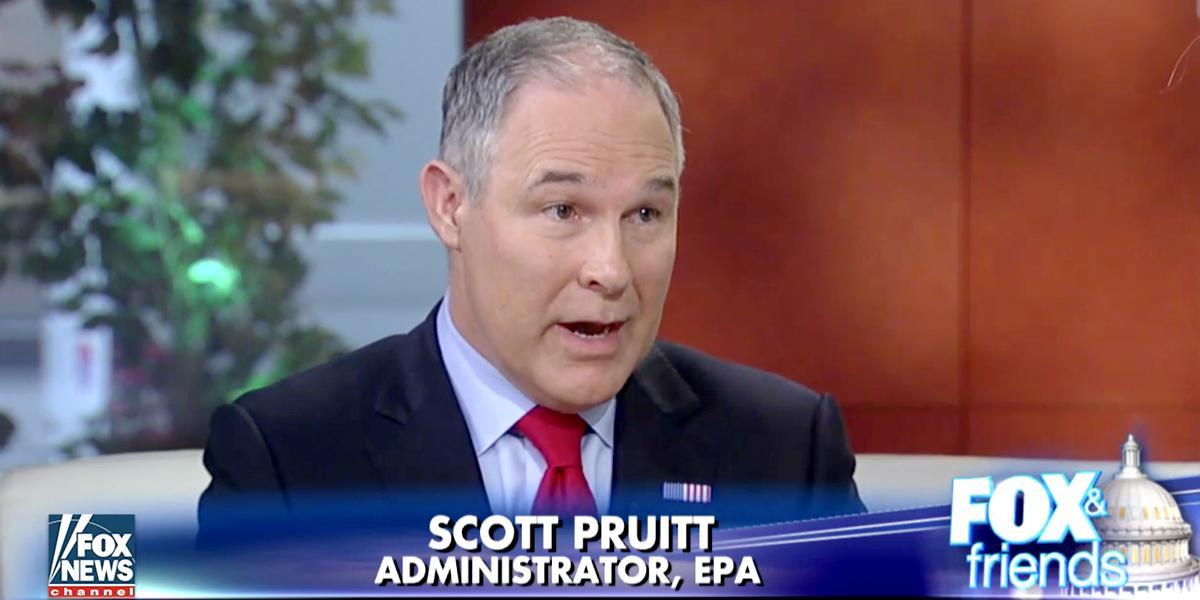 U.S. Environmental Protection Agency (EPA) chief Scott Pruitt on Thursday explicitly called for the U.S. to remove itself from the Paris climate agreement, one of his strongest remarks yet expressing his opposition to the landmark deal to keep global warming below 2°C.

“It’s a bad deal for America,” he said. “It’s an ‘America second, third or fourth’ kind of approach.”

The Trump administration has already taken steps to undo landmark climate regulations, such as the executive order President Donald Trump signed last month that called for repealing former President Barack Obama’s Clean Power Plan, which requires states to slash emissions and was a central component of the U.S.’s plan to meet its Paris goals.

Pruitt said adhering to the global climate treaty would cost American jobs, a claim which environmentalists—and, increasingly, even fossil fuel companies—say is wrong.

Nathaniel Keohane, the Environmental Defense Fund’s vice president on global climate, told InsideClimate News that “[p]ulling out of the Paris climate accord would damage the U.S. more than it damages the Paris agreement or climate action globally.”

“American leadership on climate is the key to attracting jobs and investment in the industries and sectors that will define the 21st century,” Keohane said.

Tiernen Sittenfeld, senior vice president for government affairs for the League of Conservation Voters, added, “Even for Scott Pruitt, this is outrageous and beyond the pale.”

“The U.S. helped to lead the world on this treaty and it’s clear that other countries are moving ahead because they see the incredible opportunities it offers,” Sittenfeld said.

Kim Glas, executive director of the BlueGreen Alliance, a coalition of labor and environmental groups, also said Thursday, “Administrator Pruitt’s statements are unsurprising. He just can’t seem to grasp what the vast majority of Americans and scientists have already figured out: climate change is real, it is happening now and human activities are causing it.”

The Paris agreement “is a good deal for America,” Glas said. “It will help ensure that America leads the way globally in creating quality jobs designing, manufacturing, and installing the clean energy technologies needed to reduce the carbon pollution that is driving climate change.”