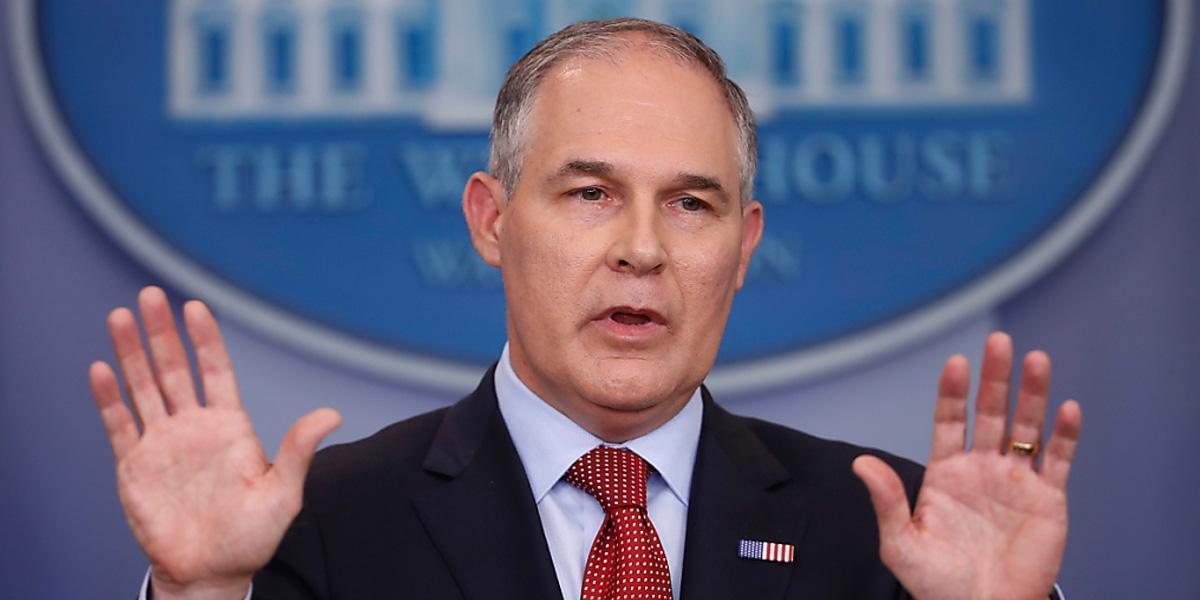 Scott Pruitt took to the Sunday shows today in a troubled attempt to spin the Trump administration’s decision to pull out of the Paris climate agreement, amid a firestorm of international and domestic criticism.

In his appearances this morning, Pruitt was hammered for admitting that he and Trump never discussed climate change, criticized for his support of the declining coal industry and slammed for dodging questions about Trump’s acceptance of climate science. The Trump administration has misrepresented academic studies, the reality of the Green Climate Fund, India and China’s commitments, and much more. Distorting everything from climate science to the Sierra Club’s own strong support of the Paris agreement, Pruitt’s appearances are littered with the same kind of deceit that marked his Senate testimony, where he lied about everything from using personal email for government business to climate science.

This administration’s increasingly defensive attempts to spin their disastrous decision to leave the Paris agreement knows no bounds, no shame, and no respect for reality. Contrary to Pruitt’s distortions, the Sierra Club said then and we believe now that the Paris climate agreement marks a historic turning point for humanity, and no amount of lies spewed by Donald Trump and Scott Pruitt can ever change that.

After making this historic mistake, the administration has been met with a tidal wave of criticism and action that undermines their position. World leaders are slamming Trump and creating their own alliances that leave the U.S. behind. Three coal plants closed the same day Trump announced he would not honor our country’s climate commitments. The next day, three more plants were announced for closure in Missouri, along with a massive investment in local wind power. The Mayor of Pittsburgh—the city Trump cited as to why he was withdrawing from Paris—joined the mayors of Orlando, Florida, Columbia, South Carolina and Portland, Oregon in committing to 100 percent clean energy. Trump and Pruitt are on the ropes and they are flailing to defend themselves with shockingly confounding explanations.

Pruitt claims we are making progress on emissions reductions while not acknowledging his 14 lawsuits against the EPA, attempting to undermine that progress. Pruitt and Trump are attacking the efficacy of a climate change agreement while not acknowledging the reality of climate science. They are even claiming the Sierra Club didn’t support this agreement when we were on the ground in Paris fighting for it. They seem to have five different explanations, none of which are true.

Here are the facts. By withdrawing from the Paris agreement, Scott Pruitt and Donald Trump are turning their backs on American families, eating away at America’s global leadership and standing alone on the wrong side of history.