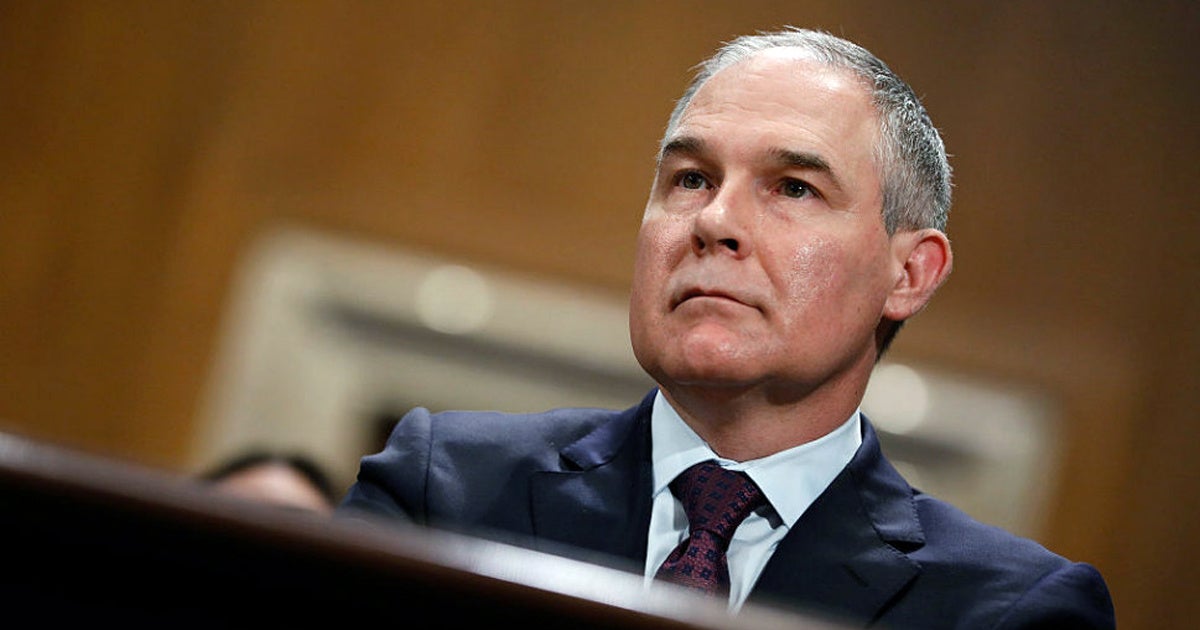 U.S. Environmental Protection Agency (EPA) records show that administrator Scott Pruitt spent almost half of his days this spring in Oklahoma or on trips that included stops in his home state. The airfare for these trips cost more than $12,000, with most of that covering travel to and from the administrator’s home state.

The records, obtained by the Environmental Integrity Project through a Freedom of Information Act request, show a total of 48 out of 92 days in March, April and May in which Pruitt was traveling, and 43 of those travel days were spent in Oklahoma or heading to or from Pruitt’s home state.

These travel costs were for Pruitt himself, and do not include the price of travel and lodging for his staff or for his security detail of up to 10 guards, which is at least twice as large as the security force provided to his predecessor as EPA administrator.

“These travel records show that administrator Pruitt is more focused on cultivating his relationships with industry and conservative political organizations in his home state of Oklahoma than he is on protecting the environment and the public health for the rest of America,” said Eric Schaeffer, executive director of the Environmental Integrity Project (EIP) and former Director of Civil Enforcement at EPA.

Although former EPA administrator Gina McCarthy also frequently travelled back to her home in Boston, she paid for those flights, according to a report in The New York Times. By contrast, taxpayers paid for the more than $12,000 in airfare for Pruitt, according to EPA records.

“If this is true, it raises questions about whether Mr. Pruitt improperly used federal funding for personal travel and business, and whether he should write a check to reimburse taxpayers for these expenses,” said Schaeffer.

Among Pruitt’s activities during his trips to Oklahoma, according to travel documents and Pruitt’s calendar listings obtained by EIP, were:

The travel vouchers also indicate the administrator had other unspecified “meetings” while in Oklahoma.

Excessive travel to one’s home, on the taxpayer’s dime, has raised ethical red flags in the past with the EPA Inspector General’s Office.

On Sept. 22, 2015, EPA’s Office of Inspector General criticized a former EPA regional administrator for scheduling 51 out of 88 trips over a 27 month period, or 58 percent of the total, to locations near his residence in Orange County, California. The Inspector General questioned whether, “some of this travel was essential to performance of the agency,” after comparing these records to the travel habits of other regional administrators.

Administrator Pruitt’s records show that trips to Oklahoma accounted for 43 out of his 48 travel days this spring, or 90 percent of that total.

“It seems fair to ask whether all of administrator Pruitt’s trips—and the money they cost taxpayers—are essential to performance of the agency,” said Schaeffer. “It is also fair to ask how much additional money is spent to fly his entourage of security guards back and forth to his home state if that is where the administrator is going to spend half his time.”

EIP’s summary of the administrator’s travel is based on a review of the travel vouchers and schedule of meetings we obtained in response to a May 18 Freedom of Information Act request to EPA. Our estimate of airfare costs based on travel vouchers excludes the amounts that Pruitt appeared to have covered on several occasions. The estimate of travel days includes days spent travelling to or from Oklahoma or locations in other states for events or meetings.

On July 18, EPA sent via email an electronic file containing records of Pruitt’s travel vouchers through May 31.

The cost of airfare indicated on the chart reflects the amount paid by the US government for Pruitt’s airfare only. It does not include any per diem nor does it include airfare or travel costs for other staff. If the records of travel vouchers indicate that Mr. Pruitt paid his own way for any segment of his travel, it has been reflected in the chart. Otherwise, total airfare includes all portions of multi-city trips, not just the segments to/from Oklahoma.