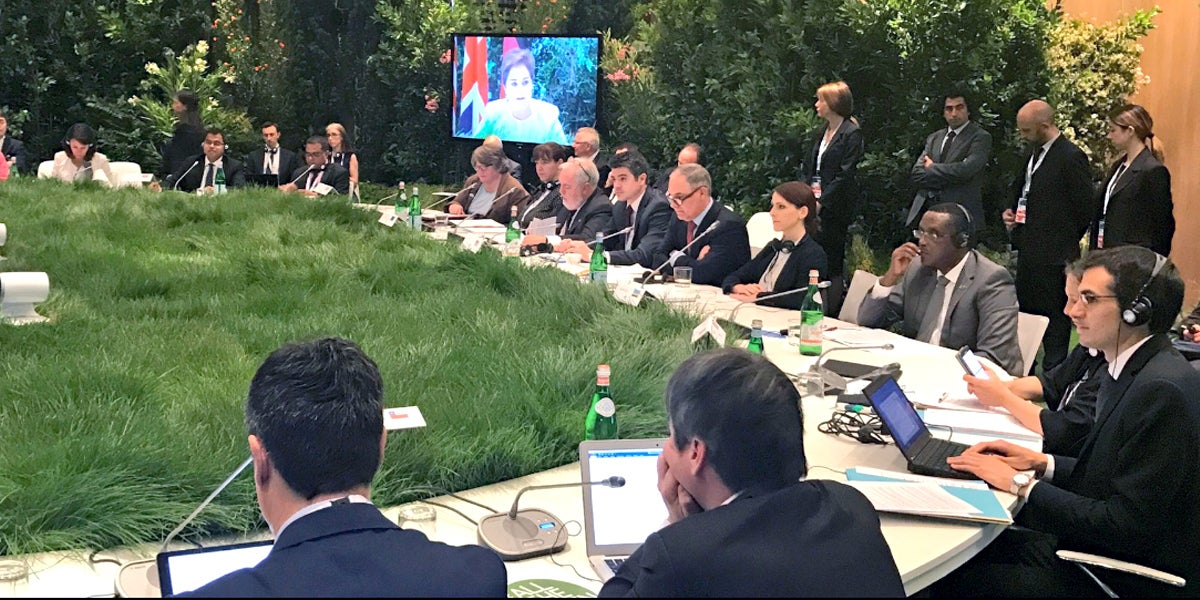 The U.S. Environmental Protection Agency chief Scott Pruitt ducked out of a meeting of Group of Seven environment ministers in Italy early on Sunday, leaving after only a few hours to return to Washington, DC.

The Trump administration’s decision to pull out of Paris earlier this month created a significant rift between the U.S. and its allies in the G7, and other environment ministers and diplomats were strong in voicing disappointment of and resistance to the U.S. position.

The ministers are expected to issue a communique today, and German environment minister Barbara Hendricks emphasized it will “differentiate opinions” between the U.S. and the G6. World leaders, including German Chancellor Angela Merkel and Canadian Prime Minister Justin Trudeau, are grappling with how best to handle Trump’s rejection of the Paris agreement ahead of the G20 summit next month.