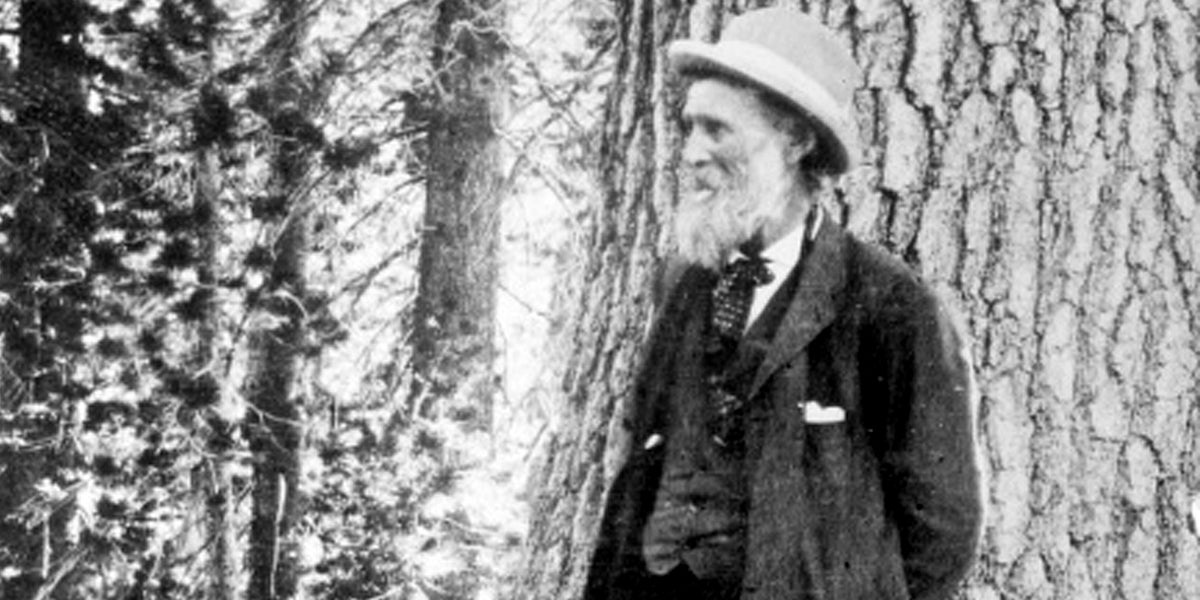 Newly sworn-in U.S. Environmental Protection Agency (EPA) Administrator Scott Pruitt, whose nomination was ardently opposed by environmentalists and who is poised to roll back major climate and clean water regulations, addressed his employees for the first time Tuesday afternoon.

During his remarks, in which he did not mention the pressing crisis of climate change or the matter of public health, Pruitt quoted Sierra Club founder John Muir, saying: “Everybody needs beauty as well as bread, places to play in and pray in.”

Environmentalists were not impressed.

“John Muir is rolling over in his grave at the notion of someone as toxic to the environment as Scott Pruitt taking over the EPA,” declared the Sierra Club’s executive director, Michael Brune.

It’s difficult to imagine that EPA staffers—hundreds of whom publicly opposed Pruitt’s confirmation in the days before the Senate vote—were too pleased, either.

“For some scientists in the agency, [Pruitt’s] first speech was probably the equivalent of Voldemort himself walking into Hogwarts and assuming the top job,” wrote Andrew Freedman at Mashable.

Pruitt addressed that tension obliquely, telling those who were gathered: “Civility is something I believe in very much. We ought to be able to get together and wrestle through some issues in a civil manner.”

He expressed admiration for the many employees he met during his first meetings at the headquarters who have been with the agency for decades.

“You can’t lead unless you can listen,” Pruitt said. “I seek to listen, learn and lead with you.” But he also bemoaned the “toxic” nature of modern politics.

Pruitt also lobbed subtle barbs at the agency’s past leadership, saying EPA needs to avoid abuses. “Regulations ought to make things regular. Regulators exist to give certainty to those we regulate,” he said. (Last week, he was even more critical of the Obama-era EPA, telling the Wall Street Journal that it had “disregarded the law”).

But Pruitt made no mention of what’s likely to be big news this week: Trump is planning to sign executive orders that would start the process of rolling back two major EPA regulations: the Clean Power Plan, one of [President Barack] Obama’s signature climate programs and the Waters of the U.S. rule, which regulates pollution in smaller bodies of water.

Ironically, the former Oklahoma attorney general spoke of the need to be “open and transparent”—on the same day that the public awaits the court-ordered release of thousands of emails Pruitt’s office sought to withhold from the watchdog group Center for Media and Democracy. The emails are expected to be released by end of day Tuesday.

And he stated: “We can be both pro-energy and jobs and pro-environment,” leading Center for Media and Democracy director of research Nick Surgey to say Pruitt was “already talking about putting the interests of the environment against the interests of industry.”

Politico reported that “Pruitt delivered his remarks to about 100 employees gathered at the agency’s headquarters, an event that also included a conspicuous handful of security personnel.” Pruitt is reportedly “expected to request an around-the-clock security detail from his agency, according to an internal agency email” seen by Greenwire.