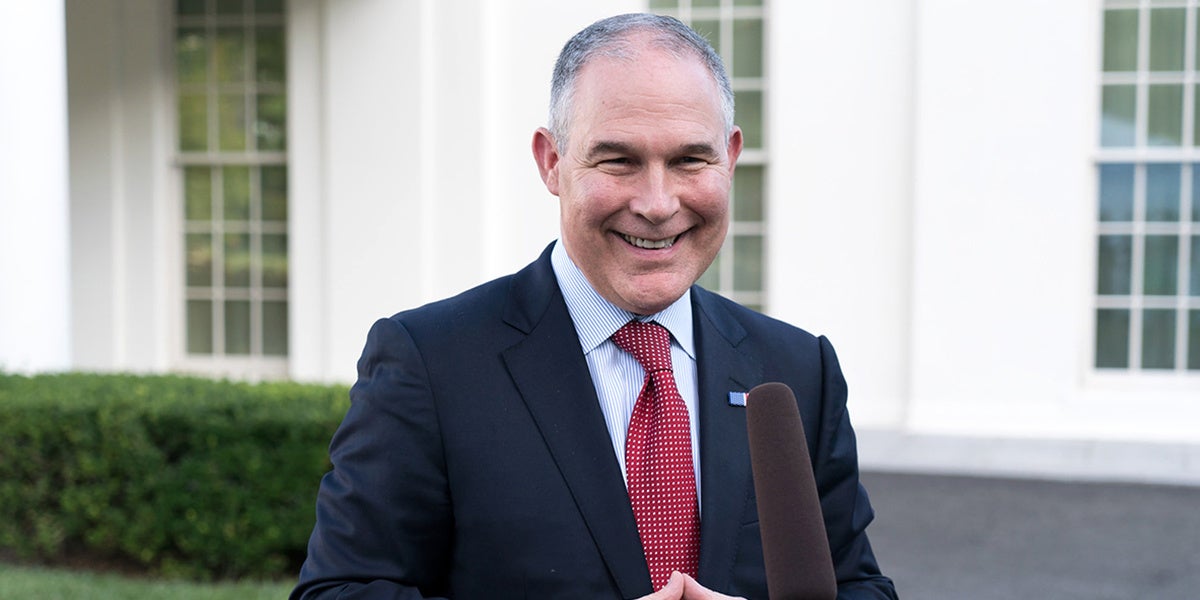 Under the guise of “transparency,” U.S. Environmental Protection Agency (EPA) Administrator Scott Pruitt signed a controversial proposed rule Tuesday that actually limits the type of scientific studies and data the agency can use in crafting public health and environmental regulations.

The change—long championed by conservative lawmakers, chemical manufacturers and the fossil fuel industry—would only allow the EPA to consider scientific findings whose data and methodologies are publicly available and can be replicated.

“The era of secret science at EPA is coming to an end,” Pruitt said. “The ability to test, authenticate and reproduce scientific findings is vital for the integrity of the rule-making process. Americans deserve to assess the legitimacy of the science underpinning EPA decisions that may impact their lives.”

The industry friendly EPA boss has already made major changes in how the agency uses scientific work. Last year, Pruitt
announced a policy that would limit the presence of researchers who have received EPA research grants on the agency’s Scientific Advisory Board.

A press release for Pruitt’s latest move touts that it builds on President Trump’s executive orders on regulatory reform and energy independence.

Environmental and scientific organizations
warn this new policy would disqualify many types of landmark, peer-reviewed research in setting important health safeguards. Many medical studies, clinical reports and real-world field studies include information that cannot be made public without violating confidentiality and patient protection rules, the Natural Resources Defense Council pointed out.

For instance, Harvard School of Public Health’s landmark Six Cities study of 1993, which involved commitments to patient confidentiality, established strong links between air pollution and death rates in major U.S. cities. The study paved the way for the EPA’s strengthened regulations on fine particulate matter. However, industry critics decried the research as relying on “secret science.”

The Sierra Club said the change “has long been on polluters’ wishlists since medical science, which generally guarantees the anonymity of patients participating in studies, has repeatedly proven that smog, particulate matter, and heavy metals—all hallmarks of the fossil fuel and chemical industries—can cause death and severe health complications.”

“Pruitt’s true goal is for EPA decisions to be guided only by secret industry studies that no independent researcher ever gets to see,” added Brett Hartl, the
Center for Biological Diversity‘s government affairs director. “The cynical purpose of this attack on science is to undo 40 years of progress making our air and water cleaner and healthier.”

If the new rule is adopted, “companies could evade accountability for the pollution they create by declaring information about that pollution a ‘trade secret,'” Andrew Rosenberg, director of the Center for Science and Democracy at the Union of Concerned Scientists, explained.

“Administrator Pruitt’s announcement ensures that data will be secret no more,” Smith said in a statement Tuesday. “For too long, the EPA has issued rules and regulations based on data that has been withheld from the American people. It’s likely that in the past, the data did not justify all regulations. Today, Administrator Pruitt rightfully is changing business as usual and putting a stop to hidden agendas.”

The proposed rule is subject to a 30-day comment period.