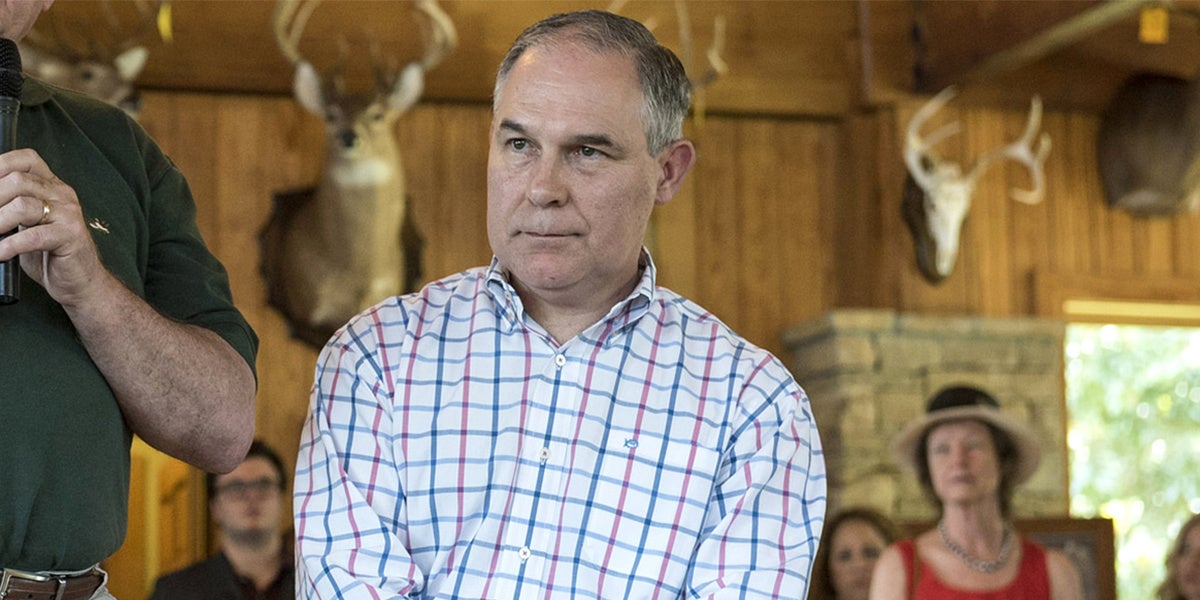 U.S. Environmental Protection Agency (EPA) chief Scott Pruitt reached out to the oil and gas industry for help in filling vacant positions in the agency, according to emails obtained by the Sierra Club and shared with Buzzfeed News.

“I understand that Administrator Pruitt met with [American Petroleum Institute] executives last week and he made a plea for candidates to fill some of the regional director positions within the agency,” a manager at oil and gas giant ConocoPhillips wrote to former Pruitt aide Samantha Dravis last March, before asking where he could send a resume from an interested former employee.

While none of the three candidates the ConocoPhillips manager suggested for EPA were hired by the agency, former EPA officials expressed surprise at the emails. “It would be highly unusual to go to a specific industry to try to recruit,” former George W. Bush EPA head Christine Todd Whitman told Buzzfeed. “We did not go out and recruit. There was more applying to us and our sorting through them.”

As reported by Buzzfeed:

Michael Brune, Sierra Club’s executive director, was also dismayed. ‘This is Scott Pruitt trying to outsource the job to protect our air and water to the exact people responsible for polluting them,’ Brune said in a statement emailed to BuzzFeed News.”