Did Scott Pruitt Lie to Congress While Under Oath? 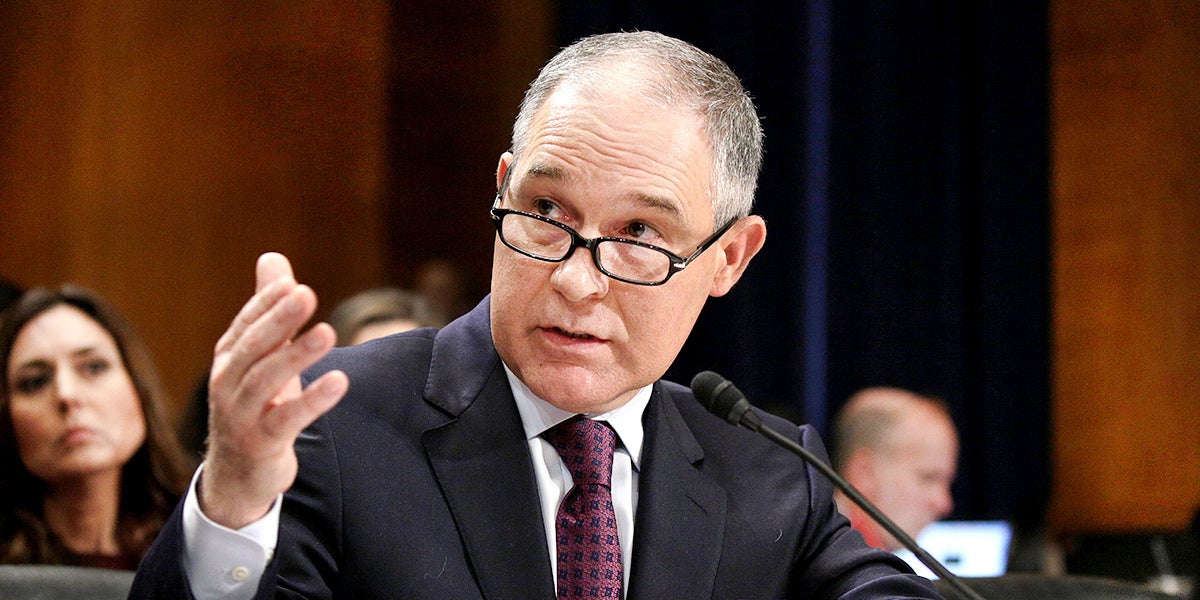 The investigation would target possible ethical violations stemming from Pruitt’s misrepresentation to senators of his use of a personal email address, during his tenure as Oklahoma attorney general, for official business and speeches he gave to right-wing organizations against environmental protection.

Today’s complaint asserts that Pruitt violated Oklahoma’s rules of professional conduct when he told Sen. Sheldon Whitehouse during his confirmation hearing that he did not use a personal “me.com” email address for official state business while attorney general of Oklahoma. Records released in the course of an Oklahoma public records lawsuit show that Pruitt received at least one email message and possibly more, at a “me.com” email address. Additional records are still being reviewed by Oklahoma courts for possible public release.

“Pruitt’s friends in the fossil fuel industry clearly knew how to reach him best: at his personal email address,” said Amy Atwood, a senior attorney at the Center for Biological Diversity. “Lawyers and public servants must adhere to the strictest ethical standards and the Oklahoma Bar should investigate Pruitt’s apparent carelessness with the truth.”

One released email shows a message from a vice president of the American Fuel and Petrochemical Manufacturers association to Pruitt’s me.com address, asking him to use his position as Oklahoma attorney general to help roll back renewable fuel standards that were set under the Obama administration. Other released emails show use of a redacted email address for Pruitt that may be personal, showing correspondence with representatives of the American Legislative Exchange Council. The American Legislative Exchange Council is widely viewed as a right-wing organization that has worked to weaken some of the nation’s most important environmental laws, including laws Pruitt administers at the EPA, such as the Clean Air Act and Clean Water Act.

Use of a personal email address for official state business can lead to the loss of government records and to hacking. Misrepresenting facts is a matter that the Oklahoma Bar Association takes seriously.

In addition, Democratic members of the U.S. Senate Committee on Environment and Public Works noted in a March 17 letter to Pruitt that he failed to mention several public speeches or presentations that he has made related to energy or the environment, including to the Federalist Society.

“It seems that Mr. Pruitt may not have been candid at his confirmation hearing,” said Kristen van de Biezenbos, the University of Oklahoma law professor who signed the complaint in her personal capacity. “It raises questions about why he hid the fact of his use of personal email for official state business, what else he misrepresented to Congress and what else his personal emails may show us about our EPA administrator’s deference to the fossil fuel industry and organizations that support the rollback of environmental regulations.”